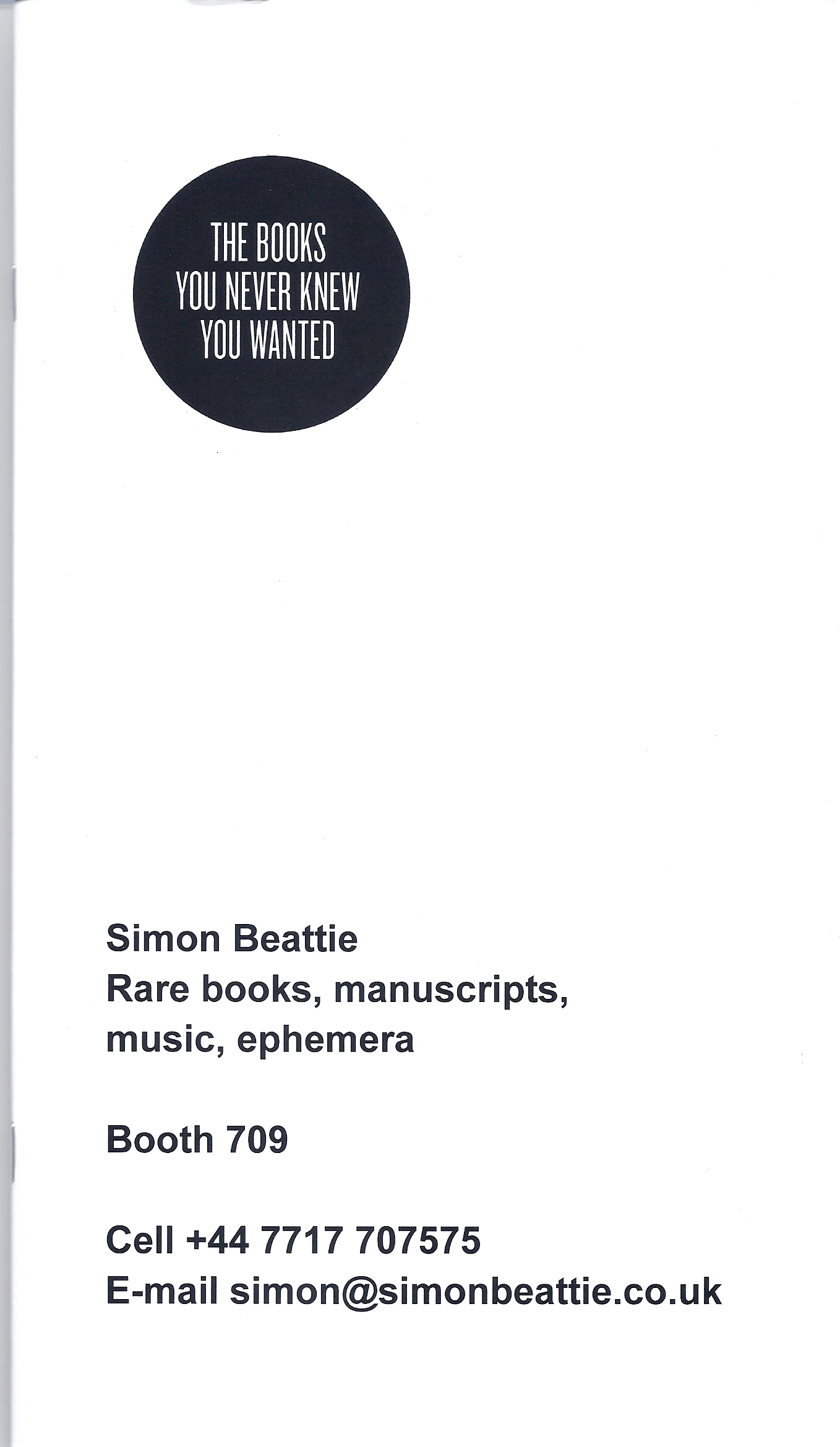 Books you never knew you wanted.

Simon Beattie Rare Books, Manuscripts, Music, Ephemera published a catalogue for the recent California Antiquarian Book Fair. The unexpected title is The Books You Never Knew You Wanted. Hopefully, by the end, you will want some of them. More than not realizing you want these books, it may be that you are not aware of them. There are some unfamiliar, and scarce books to be found, though their subjects or authors may be well known. This is an intriguing group of books, manuscripts, and ephemera, including many with a Russian connection.

We will start with a book that you probably never heard about, but it looks like a necessity for any serious collection of California... maybe? Is this the real first book published in California, not that book printed by Augustin Zamorano? It is an odd title for California: Der Orang-Outang in Europa. Even odder than European orang-outangs in Europe is that the subject is Poland, its government, customs, and such. It is not complimentary. It is a biting satire, “an extremely poisonous pamphlet, which among other things discusses the moral behavior and sex life of women in Poland.” One suspects the better description would be the “immoral” behavior of said women. But what is the connection between Carl Friedrich Benkowitz' 1780 satire of Poland and California? It turns out this book contains the imprint “Californien.” That is amazing, since it precedes the aforementioned Mr. Zamorano by more than half a century, back to a time when there were no presses in California of which anyone is aware. It seems that this was another case of Mr. Benkowitz' humor, perhaps believing orang-outangs came from California. In reality, the book was published in Berlin. Nonetheless, it carries the first California imprint, even if it was a phony one. Item 4. Priced at $3,250.


Item 11 combines a noted naturalist and explorer with a high living, crooked preacher. That is an odd combination. The author is the naturalist explorer, Georg Forster. Forster and his father traveled with James Cook on his second voyage as official naturalists. His book on the journey remains an important work in the field of natural history. Forster later would become a proponent of the French Revolution in Germany, dying in Paris in 1794 during the Reign of Terror (one of the few to die of natural causes in that terrible year). The title of his 1779 book is Leben Dr. Wilhelm Dodds... It is a first edition of his life of the “unfortunate” Rev. Dr. William Dodd. Dodd's misfortune was of his own making, though the punishment certainly outweighed the crime. Rev. Dodd was known as the “Macaroni Parson,” macaroni as in yankee doodle, not pasta. Rather than taking vows of poverty, Dodd lived well, and beyond his means. He found himself short of money, and when he offered a bribe for a better position, he found himself completely out of work. He spent two years in Europe while the scandal quieted down, and then returned to England, still short of money. He dealt with this problem by forging a bond from a former student, and using it to secure a loan. He hoped to make enough to repay the loan without getting caught, but when the bond was shown to the supposed writer, Dodd was trapped. He confessed, and sought time to repay the loan. Instead, he was convicted and sentenced to death. He had many supporters asking for clemency, most notably the great lexicographer and writer Samuel Johnson. Not even his influence mattered. Rev. Dodd was hanged at the end of a rope. $3,250.