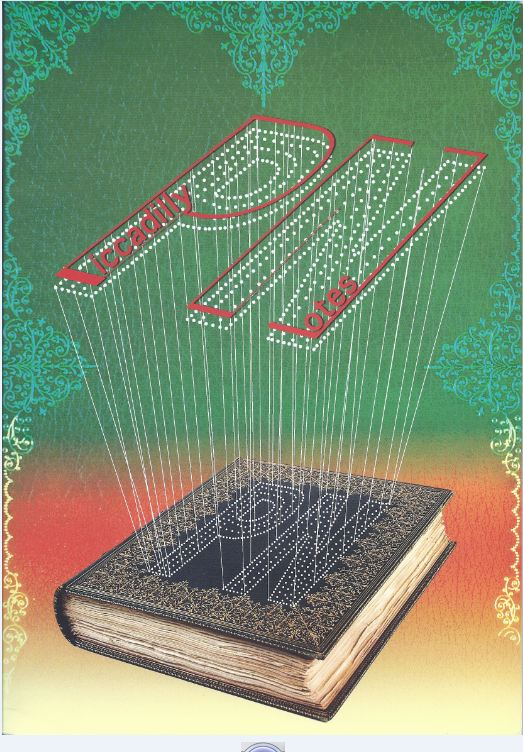 Sotheran's, of London, has issued their Piccadilly Notes 2011, the latest in a long-running series of generalist offerings from the 250-year-old bookseller. Sotheran's offers many subject specific catalogues, but in their “Piccadilly Notes” you may find just about anything. Titles centuries old can be found with items printed last year. There is literature, history, science, art, archeology... you name it, it's probably here. Let's take a look inside this latest selection from Piccadilly to see what Sotheran's is offering up this time.

Mary Wolstonecraft Shelley is primarily remembered for two things – for being the author of Frankenstein, and the wife of Romantic poet Percy Bysshe Shelley. However, she also wrote a variety of other material, including this travel work which was her last book. She and her husband spent the last few years of his life in Italy. Percy had just turned 30 when he died in a tragic boating accident in 1822.The following year, she returned to England, and could not bring herself to visit Italy again until 1840. She then undertook several trips with her only surviving child, Percy Florence Shelley (he was named after the Italian city, hence the unusual middle name for a son). Mary wrote about her adventures in Rambles in Germany and Italy in 1840, 1842, and 1843. It was published in 1844. Item 10. Priced at £1,495 (British pounds, or around $2,328 in U.S. Dollars).


Item 311 is the tale of another trip, but one that would not have been as pleasant as that of Mary Shelley. John White was a surgeon in the Royal Navy in the days when being a surgeon didn't require years of medical school. In 1787, he was appointed as the head surgeon for the transportation of British criminals to the new penal colony in Australia. The convicts were shipped under miserable conditions, made somewhat better by the humanitarian efforts of White. After arrival in Australia, White became Surgeon-General for New South Wales. In 1790, he published the book offered as item 311 in this catalogue, Journal of a Voyage to New South Wales. In it, he tells us about much more than just the voyage. He describes many plants and animals found in Australia, for many, the first printed descriptions. There are 65 engraved plates in this book, all but one of natural history. The result is that this work is considered both a major item of natural history and a “Foundation” book of Australia. Despite his extensive travels around Australia, White never much took to the place, and sailed back to England a few years later, never to return. This copy of his book is a colored issue of the first edition. £7,950 (US $12,390).

We aren't sure whether John R. Neill was a frustrated author, though he would seem to be an ideal candidate. Neill was an illustrator, one of the most notable of the first half of the 20th century. Neill began as a commercial and then newspaper illustrator, and his output for various magazines, at the height of their popularity, was extensive. However, Neill is primarily remembered for illustrations of one particular series of books. That would be the Oz books. He did not illustrate the first, The Wonderful Wizard of Oz. That job went to W.W. Denslow. However, author L. Frank Baum had a falling out with Denslow, so Neill was hired to illustrate the second Oz book, which was published in 1904. He then went on to illustrate all of the remaining of the 14 Oz books Baum wrote. After Baum's death in 1919, the job of continuing the series was given to Ruth Plumly Thompson. She produced 19 more titles between 1921 and 1939 before retiring from the position. Neill illustrated them all. It was only then, 33 books into the series, that illustrator Neill was also called on to write the books. Thirty-seven years after he illustrated his first Oz book, the first in the series he wrote was published in 1941. Unfortunately, this came near the end of his life. Neill only lived to 1943, enough time to write but three titles in the series (a fourth was unfinished). Item 228 is the middle of Neill's three Oz books, 35th in the series, The Scalawagons of Oz, published in 1941. It is a first edition, first issue, with the first issue dust jacket. As with all but one of the preceding Oz books, Neill is also the illustrator. £398 (US $620).


How much do you know about cement? Well... here's your chance to learn a whole lot more. Item 72 is a collection of eight works produced by The Cement & Concrete Association bound as one. They were published circa 1938. There is the timely Air-Raid Protection along with favorites such as The Construction of Cement-Bound Macadam Roads, How Concrete Can Help The Dairy Farmer, How Concrete Can Help The Pig Breeder, and All-Weather Tennis Courts And Cricket Pitches. £80 (US $125).