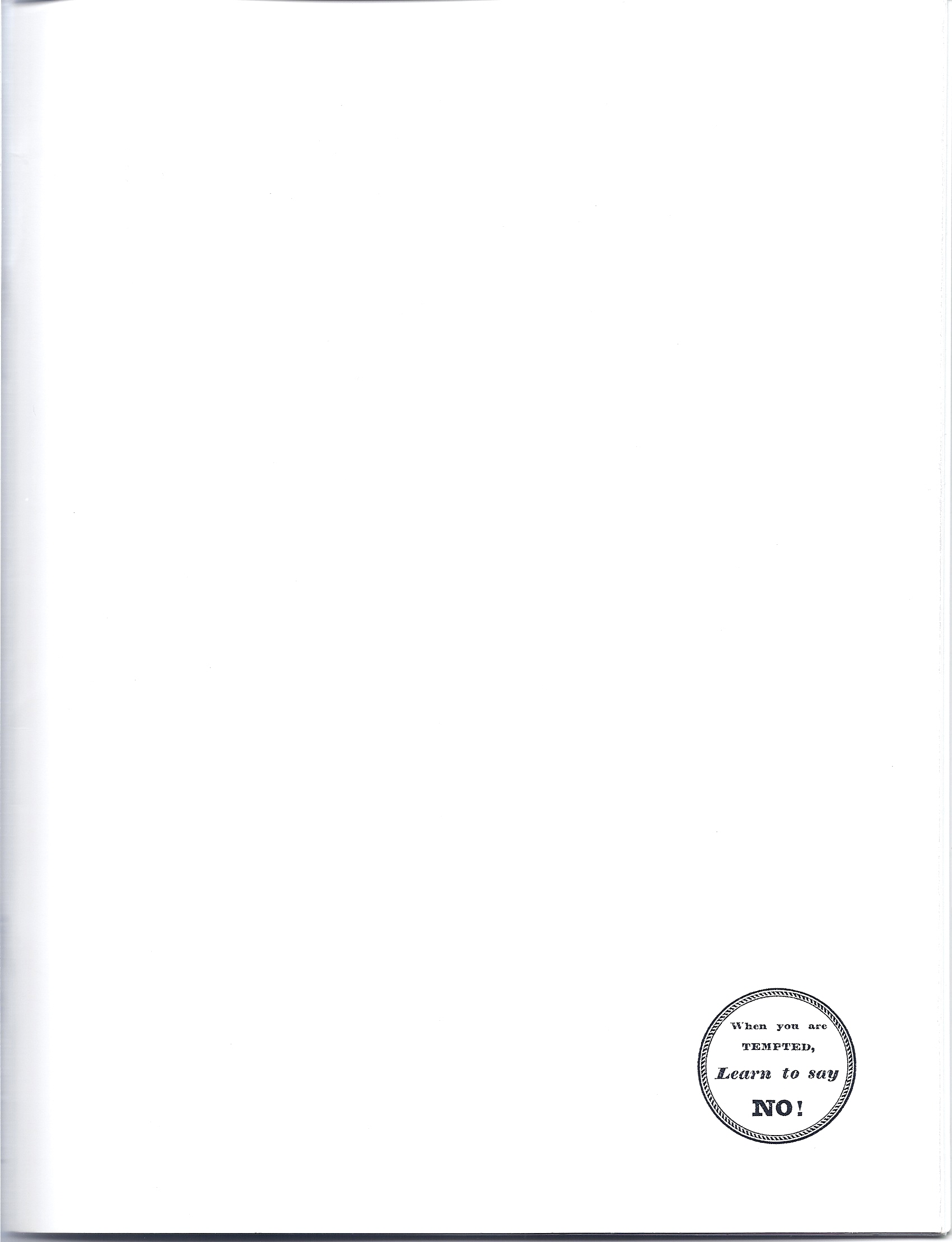 Garrett Scott, Bookseller, has released his 36th catalogue, Miscellaneous Pamphlets. This is a collection of “260 interesting and obscure American pamphlets,” the bulk of which, Scott notes, “impressed me with its inherent contentiousness or combativeness.” Americans are a contentious lot, especially when discussing politics, religion, or just about anything else. We aren't happy if we aren't unhappy with someone. That is not to say that everything here reflects some sort of unpleasantness. There are some positive works as well, but it does seem that complaints are more likely to get us to grab our pens than are positive thoughts. These are a few of the pamphlets offered.

What is even worse than slavery? English spelling. Working all day in the hot sun and being whipped for it is in no way as awful as having to figure out how to spell words like “though.” As Rev. Thomas Goodwin tells us, in a much more appropriate form of spelling, our current form of spelling is “a more formidabl rong than African Slavery ever woz.” Item 95 is Goodwin's The Duty of Literary Men, from an address he gave in 1878 before the alumni of the precursor of today's DePauw University. His printed version of the lecture uses the Spelling Reform Association spellings adopted in 1870. There were many attempts at spelling reform in the 19th century, but as generations of schoolchildren have known ever since, none ever made much headway. Priced at $100.


And what is as bad as opium? Bad literature. So sayeth Bartholomew Moore in An Address Delivered Before the Two Literary Societies of the University of North Carolina, published in 1846. Moore sternly points out, “This species of reading, quickly becomes a passion, creates a dreamy existence, from which the victim awakes with the same restless feelings, as does the confirmed eater of opium; both, alike, find life intolerable without the poison...” Take that, Nora Roberts! Item 244. $150.


Here is something else bad that leads to even worse consequences – bad feet. Item 250 is McComber's Tracks: or, his Impressions of the Human Foot. Joel McComber notes, somewhat wittily, that phrenologists (who supposedly could determine everything about your personality by examining the shape of your head) “have made an elevated mistake.” McComber, who – surprise, surprise – sold shoes, says that applying gentle pressure on the foot “produces the most striking mental and moral demonstration.” “Thus,” he concludes, “an abnormal foot makes an abnormal brain and character.” So, if you have been acting immorally lately, blame it on your feet. $250.


While most 19th century writers wanted to prohibit something, a few fun-loving souls spoke out against prohibition. Item 1 is Anti-Prohibition. Mr. Julius L. Brown Discusses the Prohibition Question from a Legal, Moral, Political and Business Stand Point, and shows that it will not do to put the law in force in Fulton County, published in 1885. As Brown explains, “I am not willing to put a law in force that will affect the most ignorant negro, that does not apply equally to myself...” Those are good sentiments, though I still don't like the way the Georgia lawyer expresses them. He points out if we prohibit alcohol now, who knows what will come next, “say groceries, then furniture, then dress, and so on.” I like the slippery slope argument as much as anyone, but did he really imagine they would next prohibit groceries? Despite Brown's argument, the good folks of Fulton County, home to Atlanta, voted for prohibition anyway, with, as Scott points out, one unintended, though enormously significant side effect. There was a popular French wine being sold at the time that was laced with coca leaves. It had inspired Atlanta druggist John Pemberton to develop “Pemberton's French Wine Coca.” However, prohibition put an end to this lucrative trade, forcing Pemberton to develop a nonalcoholic coca substitute. What he invented as an alternative was a soft drink he named “Coca Cola.” $150.


Those who believe we should be reducing the number of people eligible to vote will appreciate James R. Leib's Thoughts on the Elective Franchise. In this presentation copy from Leib to Benjamin Franklin's grandson Franklin Bache, the U.S. diplomat explains that the right to vote is not an end, but a means of government. The end is the happiness of the people, which can be best achieved by electing the most competent lawmakers. Leib felt this could be best accomplished by raising the voting age to 33. This pamphlet was published in 1839. Wait a minute. Wasn't the average lifespan in 1839 around 33 years? This would be like raising the voting age to 78 today. I think we would have a lot of campaigning about social security if this plan were adopted. Item 209. $175.


Here is an item, gentlemen, you should not give to your wife, or if you do, do so anonymously. It is Joel Hawes' A Looking-Glass for Ladies, or the Formation and Excellence of the Female Character. Hawes, a clergyman, advocated a traditional role for women back in 1845, with skill in domestic affairs paramount to all else. Reminding women that their husband's reputation depended on their domestic skills, he explains, “...that husband is ruined, who does not find his house a respectable, social, neat home; and such a home he will never find it, if his wife is a slattern, or is indolent, and unskilled in domestic affairs.” Hopefully, this book was helpful to slatternly indolent women of the 19th century, though they, like obnoxious men, were probably beyond the reach of reason. Item 256. $50.


Item 140 is Charles Tyrell's Why We Should Bathe Internally: An Exposition of the Value of Intestinal Cleanliness through the use of the Famous “J.B.L. Cascade.” 'Nuff said. You know what this is about. You don't want one. J.B.L. stood for “joy, beauty, life,” but an enema is still an enema. Published all too recently – 1927. $75.


We will conclude with some good, intelligent advice, as not every pamphlet writer is crazy. Francis Wayland issued his sermon at the First Baptist Meeting House in Boston in 1825: The Duties of an American Citizen. Noting that the spread of education and cheap newspapers would help spread the cause of liberty, Wayland asks of his congregants, “I would plead with you, instead of engaging in political strife, to put forth your hands to do the work of making your fellow citizens wiser and better. I pray you think less of parties and more of your country; and instead of talking about patriotism, to be indeed patriots.” Wise words, then and now. Amen. Item 58. $40.