A Holiday and Comedy Catalogue from David Schulson Autographs 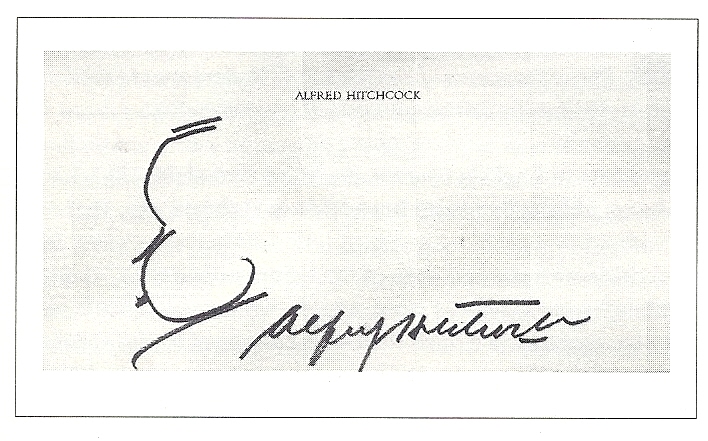 Shortly after the war in Europe came to an end, on August 8, 1945, George Orwell wrote this letter to the literary editor of Paul Elek Publishers. They were looking for Orwell to write an introduction for a collection of stories by the early 20th century American writer Jack London. Orwell shared London's socialist political views. Writes Orwell, “I am rather a fan of Jack London... I might be able to do the kind of preface you would want...” Indeed he did, writing a nine-page introduction to London's Love of Life and Other Stories, published by Elek in 1946. Item 31. $5,400.

Anyone who ever watched Alfred Hitchcock's television show in the 1960s will instantly recognize this drawing. It is Hitchcock's simple profile, here done in black marker, along with his signature. Hitchcock drew the classic image of himself, just a few strokes but instantly recognizable. Item 19. $1,350.