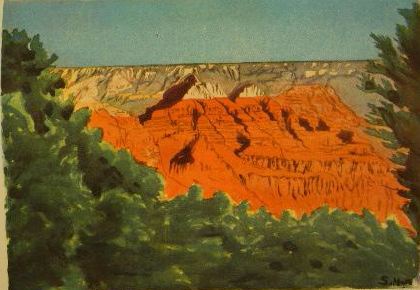 Gert Jan Bestebreurtje Rare Books has issued List 49, a collection of 151 items that, while unnamed, could probably best be described as a “miscellany.” In other words, I have not been able to determine a specific theme, nor is one stated. Therefore, a “miscellany” will have to do. As might be expected of a bookseller from the Netherlands, many titles are in Dutch. However, many are in English as well, along with a smattering of other languages. Bestebreurtje's catalogues regularly contain many items in English, including quite a few that are quintessentially American. How these end up in Holland is a mystery to me, but they obviously do, as they can be found throughout the catalogue. We will focus primarily on these, as Dutch is a hard language to follow if you do not speak it. Here are some samples.

There are a few geographical mysteries that took centuries and numerous explorers to finally unravel, and as such piqued human curiosity more than most. There were the searches for the elusive Northwest Passage, for the massive (nonexistent) southern continent, and the source of the Nile. Item 19 pertains to James Bruce's attempt at the latter. The western world knew, for millenia, where it ended, but had no idea where it began. In 1768, Bruce led his expedition up the Nile in an attempt to answer the question. While he did not succeed, he came closer than anyone until the source was finally located by John Speke almost a century later. Bruce discovered the confluence of the Blue and White Niles, but he believed the Blue to be the main river. It was 50-50 and he guessed wrong. It is now generally considered that the White Nile is the source, and specifically, Lake Victoria, which empties into it. Nevertheless, it was a very good try. Bruce provided an account of his adventures in 1790 in Travels to Discover the Source of the Nile, in the Years 1768...1773. Item 19. Priced at €4,250 (euros, or about $5,821 U.S. Dollars).


At the close of 1859, a large meeting was held in New York to promote the preservation of the Union. After Lincoln's election, preservation of the Union was virtually synonymous with Lincoln and the North's side in the Civil War. However, in the days before Lincoln's election, preserving the Union was more a catchphrase for a middle of the road position, one that attempted to keep both southerners and northerners, not happy, but at least tolerant of each other. As we know now, the gulf was too wide, but at least through early 1861, attempts were still being made. Item 119 is the Official Report of the Great Union Meeting Held at the Academy of Music, in the City of New York, December 19th, 1859. Due to the obstinacy of the South on the slavery issue, these “Union” meetings had to be quite pro-slavery to have any hope of generating support in the South, but this in turn made them a hard sell in the North. €95 (US $130).


One of the powerful voices in America at that time was William Seward, and though a New Yorker, he definitely would not have attended the “Union” meeting. Seward was a senator at the time, and the favorite for the Republican presidential nomination the following year (ultimately won by Lincoln). Seward was appointed Secretary of State by Lincoln, and played a major role in keeping foreign powers from interfering with the war effort. An attempt was made on his life the night Lincoln was assassinated, but the wounded Seward survived. After the war, Seward is probably best remembered for “Seward's Folly,” the purchase of that vast, cold wasteland known as Alaska, from the Russians. Few call it a folly today. After retiring from office in 1869, Seward set out on a long trip, and it is this time in his life that is the subject of his book, Travels around the World, published in 1873 (the year after he died). Seward traveled from San Francisco to Japan, China, Vietnam, Indonesia, India, Egypt, Palestine, and Turkey among other nations. €175 (US $238).


Sven Hedin was a noted Swedish explorer of the late 19th and early 20th century. His most frequent, and notable journeys took him to Central Asia, an area about which he became expert. However, in 1923, he traveled to America as part of a speaking tour. Hedin was a prolific writer, and illustrator of his own works. During his visit to America, Hedin visited the Grand Canyon, and was sufficiently inspired to publish a book, Grand Canyon, in 1925. Hedin's later career was tarnished by his close association with the Nazis, and though it provided him with the influence to save several lives, including those of a Jewish family, his reputation would never be the same. €95 (US $130).