More of the Very Unusual from Garrett Scott, Bookseller 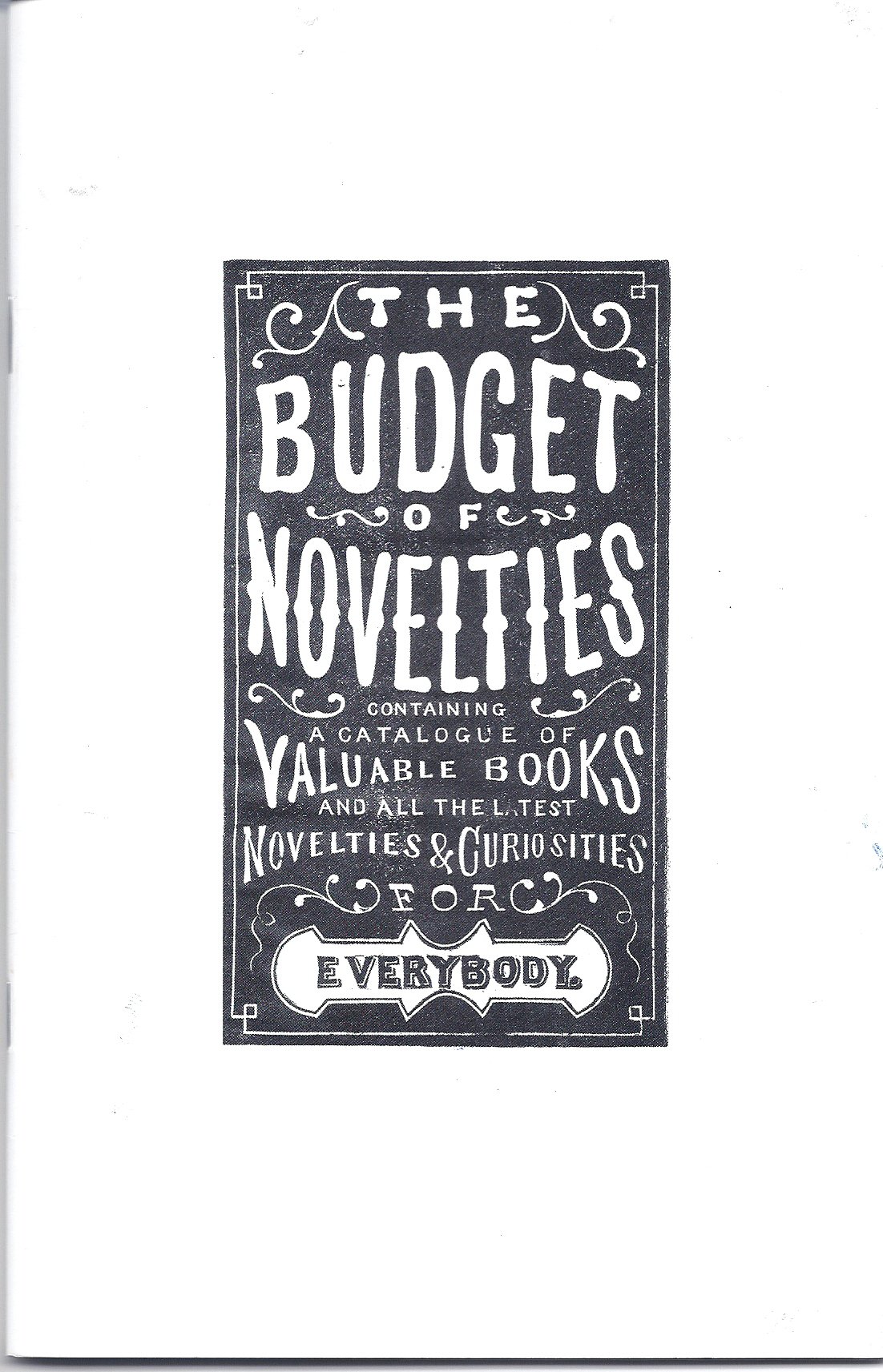 More of the unusual from Garrett Scott.

Garrett Scott, Bookseller, has published Catalogue 34 (Miscellaneous Acquisitions). Scott specializes in the unusual. This can mean one of two kinds of unusual – works that are uncommon and different from what you often see, and works by authors who are downright strange, crackpots if you will. This collection seems more oriented toward the crazies. These items, usually of pamphlet or other short-form length, are certainly entertaining in their own strange way. They display thought processes that can be hard for most minds to follow. What we see here is a different level of creativity, genius if you will, but genius barely recognized in its time, even less recognized now. The border between genius and insanity may be a fine line. These items tend to fall on the wrong side of it.

We will start with an item that sounds spiritual, but is actually a work of science: Paradise and How to Get There. As this 1906 work by Dr. John Ball explains, “Paradise is a real place. It encircles the earth like a rarified atmosphere at a great height and with a correspondingly large circumference. The upper spirit-spheres of the earth come into contact and mingle with the upper spheres of our nearest planets, which enables the more highly developed spirits to travel from one planet to another on the interplanetary currents which equalize the psycho-magnetic forces, and thus preserve perfect harmony in the higher spiritual regions.” I don't even know what that means, let alone how Dr. Ball observed any of these comings and goings. Item 12. Priced at $125.


Peter Sabatelli was an immigrant grocer from Apollo, Pennsylvania (near Pittsburgh) who started receiving visions from St. Cosmas in 1935. According to his 1949 pamphlet, The Apparitions of St. Cosmas to Peter Sabatelli, Apollo, Pa., Mr. Sabatelli would be visited by six girls and a man in white who would predict various local, national, and international disasters. Also according to this book, all came true. That's a fairly high percentage, so Mr. Sabatelli went to the Pittsburgh Press with his predictions, but apparently they weren't much interested in hearing about these disasters until after they happened. That's not much good for a seer. Finally, Sabatelli was able to get a local priest to promise to tell the Bishop when he had a vision, with the understanding the Bishop would inform President Roosevelt if they had national consequences. I don't know whether he ever did relay these visions, but my guess is the priest was humoring him. Nonetheless, not everyone took Mr. Sabatelli lightly. He built a shrine to St. Cosmas in his home (“The shrine itself is beautiful and is lighted by hidden neon lights of three different colors”). Apparently many took Sabatelli's visions quite seriously and crowded his house, forcing the grocer to build a shrine outside of town on 2 ½ acres of land. According to a news article of the time, the shrine cost Sabatelli $160,000, built with money from the sale of pamphlets. It was turned over to the Catholic diocese. I could find nothing more online about Mr. Sabatelli and his shrine except an article by a person who visited there recently, who wrote that it is locked up now but is still beautiful on the outside, and is currently owned by an adjacent Baptist Church. A plaque on the outside still states that it was erected through the apparitions of St. Cosmas to Mr. Sabatelli, though no one around there knows much about its history anymore. Item 74. $125.


It is hard to imagine Mr. Sabatelli was anything but sincere in his belief he had been visited by St. Cosmas. No such honesty can be attributed to E. Virgil Neal, who went by the name of X. La Motte Sage. Item 76 is a large sheet headed, Press Notices. Dr. Sage received hundreds of complimentary press notices while making his tour of the United States. This was 1897, and the notices referred to his hypnotic performances. Dr. Sage hypnotized one man who stayed in a trance in a store window for 48 hours. Even more amazingly, he hypnotized him via that newfangled device, the telephone. A group of men was hypnotized into thinking they were shoeing a mule, another that they were fishing. Dr. Sage or Mr. Neal apparently was engaged in all types of dubious activities over the years, finally being exposed in the Journal of the American Medical Association in 1914. As it noted, Neal “made quackery his life work.” He had been denied use of the mails as a result of fraud, taught palmistry, sold fraudulent pills, sold supposed health foods, beauty treatments, something guaranteed to increase your height, wrinkle eradicators, a cure for baldness, a hair remover, eye treatment, and bust developer. The article noted that prior to 1900, he traveled the country under the alias X. La Motte Sage putting on supposed exhibitions of hypnotism. $225.


But... if you still believe Sage/Neal was an honest man, you may learn his techniques in A Higher Course in Personal Magnetism, Hypnotism, Suggestive Therapeutics and Magnetic Healing. Item 75. $75.