First Books and Before from Between The Covers 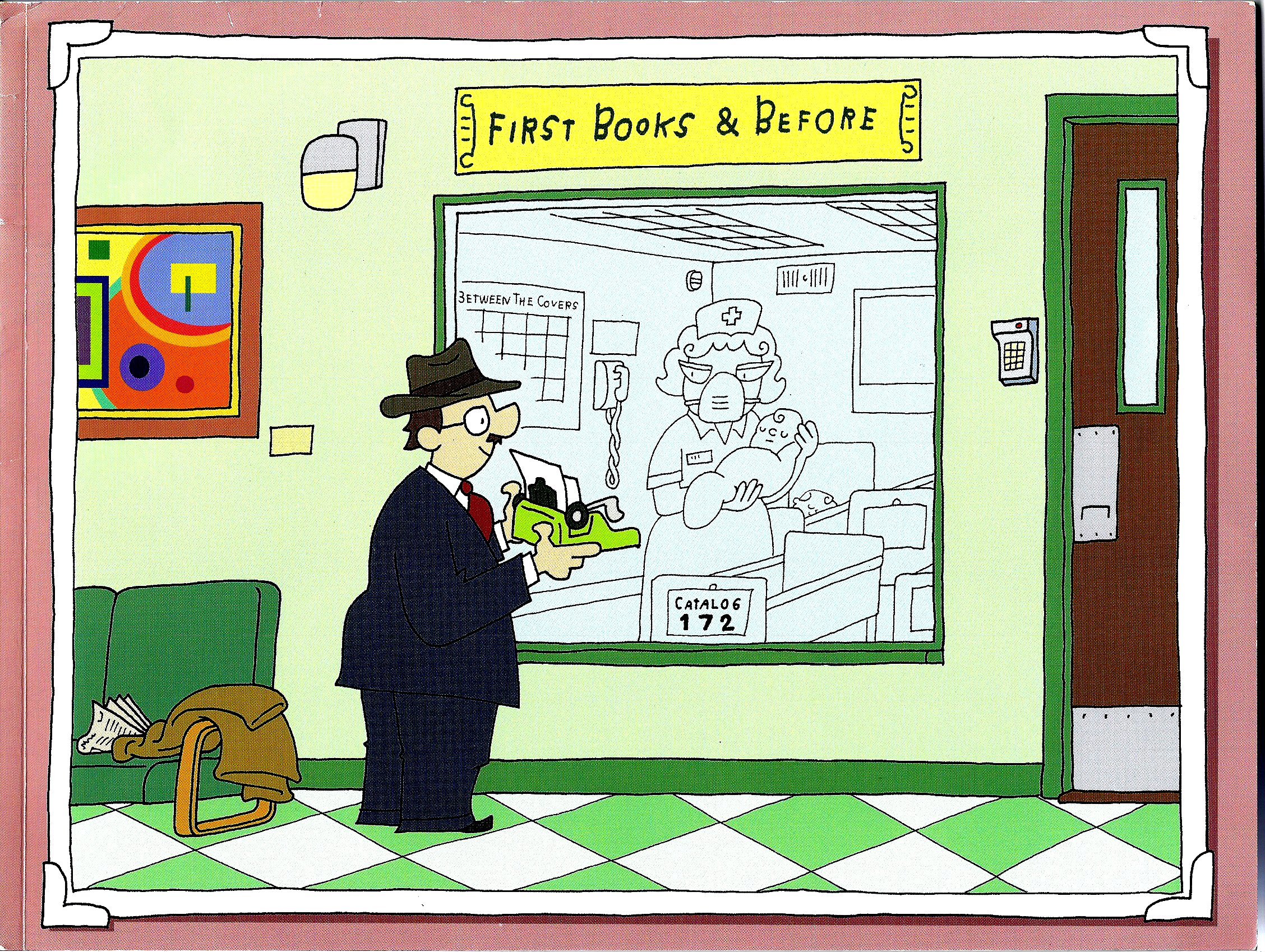 First books from Between the Covers.

Between the Covers Rare Books has printed a catalogue of First Books & Before. The Gloucester City, New Jersey, bookseller quickly points out that what constitutes “first books” is not quite so obvious as it may first appear. If a writer's first creation is a full-length novel, the definition might be clear, but it rarely is that easy. His or her first printed work could be a magazine article, part of an anthology, a printed high school play or entry in a yearbook. Some started out writing pulp fiction under assumed names. The reality may be that the author has one or more “pre-first” books that came before that great novel. So, what Between the Covers has done is include works that fit various definitions of “first,” meaning that the same author may have several “firsts” offered in this catalogue. Each is a first, or pre-first, in some way. What you won't find here is their second novel – no Gatsbys, no Bridge of San Luis Rey. They arrived one too late for this catalogue.

Speaking of The Great Gatsby's author, F. Scott Fitzgerald, his career took off five years before his most famous novel when he published This Side of Paradise. If not quite as successful as Gatsby, this 1920 novel was successful enough to quickly make him one of America's most popular writers. This was certainly Fitzgerald's first book. However, it was not his first appearance in print. Between the Covers has two items that represent his first before the first. In 1914, when these pieces were printed, Fitzgerald was a student at Princeton University. He was a member of the university's Triangle Club, a noted college touring theater group that put on student written musical comedies. For the 1914-15 season, one of those plays was entitled Fie! Fie! Fi-Fi! Fitzgerald wrote the lyrics for the musical, though not the score. Words, not melodies, was his specialty. Fitzgerald would go on to write more material for the Triangle Club, but this was his first contribution. Item 22 is a copy of the music and lyrics for this play, the first printed piece by Fitzgerald save for the actors' printed copy of the script. Priced at $2,250. Item 23 is a program for this same musical, a string-tied eight-page piece. $2,500.


The uninitiated might think Rabbit, Run was John Updike's first book. Those more familiar would cite The Poorhouse Fair, his first novel, published a year earlier, or a book of poetry published the year before that (1958). However, Updike made another appearance in 1958, one that is not as well remembered or celebrated as his later works. That year, a group of Harvard students, Updike included, published a tribute to a local tobacconist. Today, we would be less inclined to honor someone who got us hooked on a life-threatening drug, but this was 1958, and we didn't know better. The tribute is entitled 75 Aromatic Years of Leavitt & Pierce in Recollection of 31 Harvard Men 1883-1958. Updike was one of those Harvard men. Item 524. $50. If you would prefer Updike's first true book, item 525 is The Carpentered Hen and Other Tame Creatures, that volume of poetry also published in 1958. This copy contains an inscription from Updike to a good friend. $2,500.


Item 331 is the first book by a man better known for speaking than writing. He was one of, if not the greatest American orator, his words changing his country and the world. This is a particularly opportune time to remember Martin Luther King as his memorial in Washington was just dedicated a couple of weeks ago. His first book is Stride Toward Freedom, published in 1958, and it is an account of the Montgomery Bus Boycott. The boycott began in 1955 when Rosa Parks refused to relinquish her bus seat to a white man. The rule at the time was that when all of the seats on a bus were taken, and a white person entered, the black people closest to the front of the bus had to give up their seats, and stand the rest of the journey. Rosa Parks was arrested and fined. She went to court to fight the fine, and eventually won when the Supreme Court overturned the local rules that created the policy. However, the black people of Montgomery were not content to hope for an eventual favorable court decision. They quickly began refusing to ride the buses. The city held out, but it was devastating financially as three-quarters of the bus riders in Montgomery were black. For over a year, the boycott continued, until a favorable Supreme Court decision. Rather than standing in the bus door, as would happen later in a schoolhouse, Montgomery quickly acceded rather than face continuing financial loses. It was one of the first important victories for the civil rights movement, and one of its leaders was a young local preacher named Martin Luther King. This copy of his account is inscribed by King to North Carolina Central University professor Dr. Charles W. Orr. $10,000.