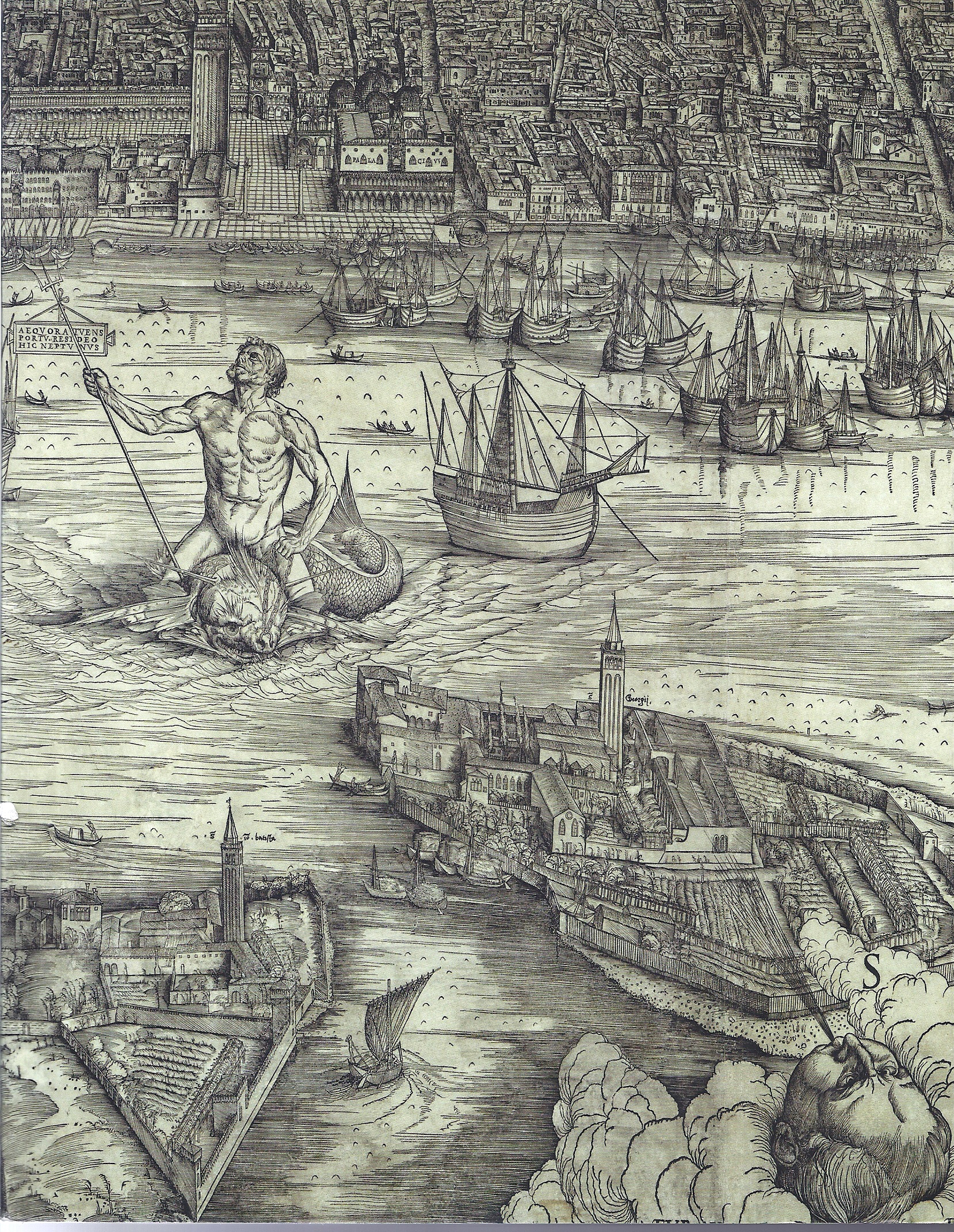 Daniel Crouch Rare Books recently published their spectacular Catalogue II. The firm describes itself as “a specialist dealer in antique atlases, maps, plans, sea charts, globes, and voyages dating from the fifteenth to the nineteenth centuries.” Though only in their second year as an independent bookseller, partners Daniel Crouch and Nick Trimming have gathered an outstanding selection of early maps, atlases, and related material. Furthermore, they have spared nothing in presenting, describing, and illustrating the material being offered. This is a 200-plus page catalogue devoted to describing just 50 items – quite thoroughly. This is important, valuable, and highly collectible material, herein given the level of presentation such works deserve. Here are a few of the very special cartographic items you will find.

We start with an item that is but a fragment of what it once was, quite literally. It is a one-eighth section from a very early portolan chart. Portolans were charts used by seafarers to guide their travels, particularly along the coasts. This fragment dates to well before the advent of printing. By comparing it to two other known similar charts, Crouch has been able to determine that this was most likely the work of Catalan mapmaker Guillem Soler, probably produced no later than 1385, possibly before 1380. Only two charts by Soler, with those dates, are known, and Crouch believes it likely that this chart predated the others. Since only this unsigned fragment remains, they cannot be certain. This section survived only because it was used to bind a later book. The fragment displays the western Mediterranean, with part of the southern Spanish and Portuguese coast and opposite northern African coast. This manuscript chart was not heavily decorated with flourishes as most often seen with older charts, indicating this one was put to practical use at sea. The more heavily decorated versions usually stayed on land, and as such, were more likely to have survived. Soler's charts were focused on the Mediterranean, with adjacent areas of the Atlantic and Black Sea at the edges. This was 1385, and it would still be almost a century before the early pre-Columbian Portuguese navigators would begin to sail slightly outside of these lines, to the west coast of Africa and the Canary Islands. Item 1. Priced at £100,000 (British pounds, or approximately $160,386 U.S. dollars).


The first map to give the New World its current name – America – was published by the German mapmaker Martin Waldseemuller in 1507. While other theories for the origin of the name “America” exist, most believe it was in honor of Italian explorer Amerigo Vespucci. That would seem the likely explanation for Waldseemuller adopting the name. Item 5 is a copy of Waldseemuller's great atlas from a few years later, 1513 - “Geographia.” It contains 47 maps. The first volume contained 27 ptolemaic maps taken from an earlier atlas. The world of Ptolemy essentially was limited to those lands surrounding the Mediterranean and north of the Indian Ocean. However, Waldseemuller has added 20 new maps, and these display some of the earliest learnings from the Age of Discovery. What is most significant is that this was the first atlas to include a map devoted entirely to America. While a long way from accurate by current standards, Waldseemuller's map, displaying portions of both North and South America, has numerous shapes and features clearly identifiable. Cuba may be many times its actual size, but is easy to recognize, as is Florida and the Gulf of Mexico. £600,000 (US $954,326).


It would be nice to own a copy of the first map to use the name “America,” but unless another is discovered, this is not going to happen. The Waldseemuller 1507 map is known in only one copy, owned by the Library of Congress. Item 6 is the earliest obtainable map to contain the name “America.” It is not the Waldseemuller 1513 map (above). By that time, he had reverted to calling the New World “Terra Incognita.” Why is uncertain, though a likely explanation is by then, he realized the true discoverer of the land was Columbus, not Vespucci, and felt the honor misplaced. However, the name was beginning to stick anyway, and when Peter Apian published his map Tipus Orbis Universalis in 1520, he labeled the new continent “America.” Apian's America is really what we know today as South America. Apian's North America is but a narrow, though long, island. However, what is notably different from Waldseemuller is Apian showed a western coast to the Americas, with an ocean on the other side. Waldseemuller's map cut off before the other side, revealing an uncertainty as to whether this New World was in fact a part of Asia. Incidentally, Apian was something of a polymath, being not only a skilled cartographer, but better known in his time as a mathematician and astronomer. £50,000 (US $79,548).