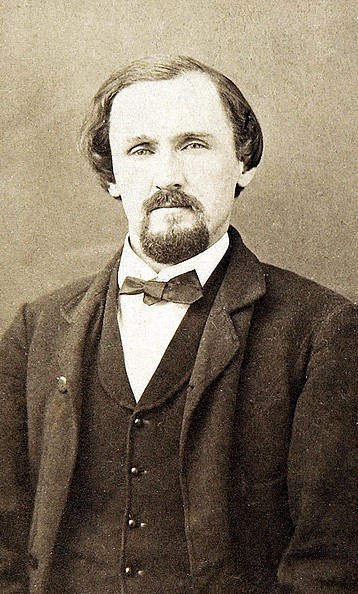 John Yates Beall was executed as a Confederate spy.

For those who like paranoia and conspiracy, item 20 is An Oration, Spoken at Hartford…on the Anniversary of American Independence, July 4th, A.D. 1799. The author was William Brown, a Federalist, and he was most suspicious of America's revolutionary ally, France. As Brown saw it, once France defeated Spain, it would move in to seize Spanish colonies in America - Louisiana and Florida. From there, they would move into Georgia and Carolina. "[A]n army of Frenchmen will find ready prepared, powerful engines of revolution and conquest. The blacks, urged on by vengeance for the hardships of slavery…" An army of Frenchmen and freed slaves should have been perfect to stir fears both North and South, but Brown's vision had little to do with reality. Once France obtained Louisiana from Spain a few years later, she promptly turned around and sold it to America. $450.

Item 27 is the unusual title Yr American, Yr Hwn Sydd Yn Cynnwys Nodau Ar Daith O Ddyffryn Ohio. I recognize "American" and "Ohio." These strange combinations of letters could only mean one language - Welsh. Author B.W. Chidlaw published this account of Ohio and his experiences traveling there in Wales in 1840. $375.

Item 131 is a broadside headed Wanted 25 or 30 Boys, from Ten to Thirteen Years of Age, to Enter Upon a Course of Instruction to Fit Them for Prominent Positions among Paupers, Drunkards and Criminals. Nice work if you can get it. This is actually a tongue-in-cheek 1850s enlistment into the world of alcohol. In other words, it is a promotion for temperance. Lesser notes that he has not been able to locate another copy of this broadside in any collections. $750.

Item 2 is a copy of the Albany Argus dated June 19, 1830, an Extra edition relating to the question of Indian removal. The Argus argues that President Jackson's position is not coercive. It notes that Jackson wants to trade land across the Mississippi for land in current states with the Indians, but only with those Indians "who may voluntarily choose to make such exchange…" Perhaps the writers could have reasonably believed this was the case in 1830, but by the end of the decade, many Indians had been forced from their homelands, most notably the horrific Trail of Tears forced march. $250.