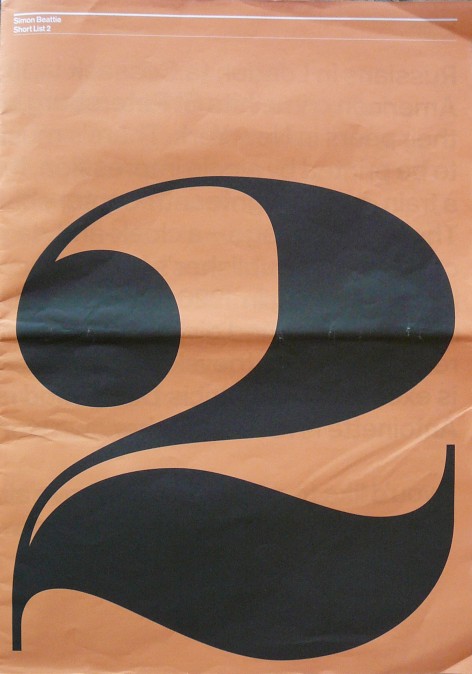 This month we review our first catalogue from Simon Beattie Antiquarian Books and Music of Chesham, Buckinghamshire, U.K. It carries the deceivingly simple title Short List 2. For those who believe there is nothing new in bookseller catalogues, you need to get your hands on a copy. This is the largest catalogue I have seen, folio or elephant folio, depending on whose terminology you use (12 x 16). Most of the catalogue is devoted to large images of the books being offered, with only the last few pages used for the descriptions, thorough but in small type. It is indeed a short list - just 25 items in all, but they are a fascinating and unusual mix.

Simon Beattie set up shop in Chesham (25 miles northwest London) just over a year ago after spending ten years with Bernard Quaritch. He notes that he studied German and Russian at Exeter and sang in the choir, explaining the number of German, Russian, and musical works in his inventory. Nonetheless, he's on the lookout for anything appealing, so you might find anything in his catalogues.

As to what is in this one, we must quote Beattie's description, since it sums it up better than we possibly can:  "Russians in London (a Cossack in 1813, then the Tsar in 1874), American crime hits St. Petersburg, and Soviet children read about their peers in New York. There's music - the first German music to be printed by single impression, the (first?) musical depiction of a train, and an eighteenth-century binder uses up an unwanted score. There's espionage - a cloak-and-dagger novel in perhaps the most conspicuous publisher's binding I've ever seen, and a practical guide to spy-spotting in 1920s Berlin. Liszt translates Schumann (two issues revealed); Gounod gives a book to his librettist; Sonya Kovalevsky remembers Dostoevsky. A murderess is feted in verse; a bookseller is executed; Sir Francis Dashwood is invited to Oxford. And Marie-Antoinette is revealed in her own words. Literally." Now lets take a closer look at a few of these unusual works.

I know what everyone wants to know - who was the executed bookseller and why? No, it wasn't for posting Print-on-Demand books online, though that would have been just cause. It was for taking some verbal shots at Napoleon, which was not a wise choice in 1806 Germany. The book is Johann Philipp Palm. Buchandler zu Nurnberg, published from the safety of 1814. Palm published an anonymous pamphlet called (in English) Germany in its deep humiliation, calling for resistance against occupying French forces. Nap. was not amused. Palm was placed in front of a firing squad. This book was published by Palm's family after Waterloo and includes a reprint of the offending pamphlet and an account of what happened. Item 19. Priced at £400 (or about $650 in U.S. dollars).

If you're wondering why they had a revolution in Russia, item 1 is a good starting point. It is a Report in relation to the Entertainment of His Imperial Majesty the Emperor of All the Russias, in the Guildhall of the City of London, the 18th of May, 1874. The people of Russia may have been scrounging for their next meal, but Tsar Alexander II was living it up in London. Alexander was actually a reform-minded tsar, though reform is a relative term. For his party that day in London, the Tsar invited 2,764 guests, and everyone was fed, though a special menu was offered to the royal table. The cost of the affair was £13,188, which translates to $1 million today. Priced at £2,000 (US $3,246).

Item 13 is a musical score for a train ride, perhaps the first such piece. It is the Berlin-Stetiner Eisenbahn-Galopp. The railway from Berlin to Stettin (Szczecin) was opened on August 15, 1843, and if this undated piece was prepared for the opening, it would precede by a year the generally accepted first piece of music meant to depict a train. The music includes sounds designed to imitate bells, whistles, and steam being let off. There is no indication whether the concert ran late. £400 (US $650).