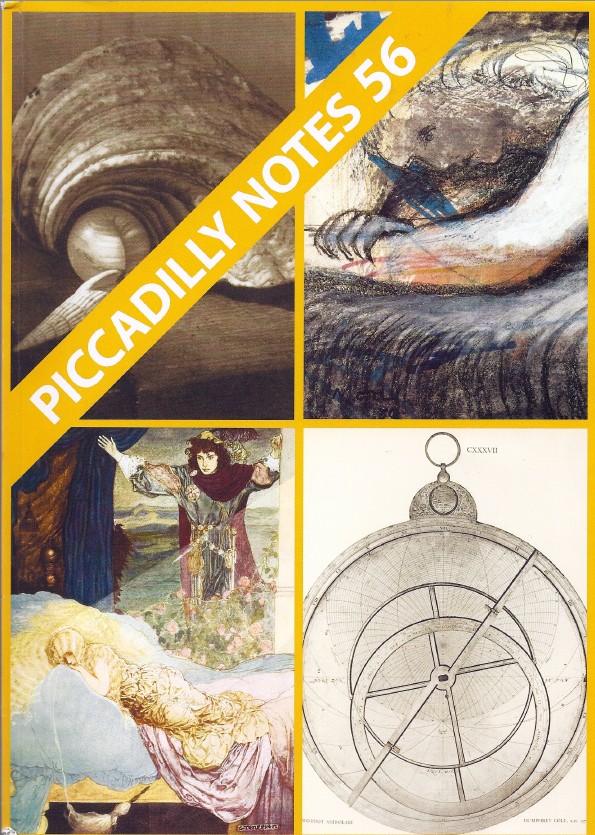 Sotheran's, the centuries old London bookseller, has issued another one of its extensive, detailed, well-illustrated catalogues. This one contains 570 items on over 150 quarto pages. The type might be a bit small, but Sotheran's believes in thorough descriptions. No guessing is required. This catalogue is entitled Piccadilly Notes 56, the latest in a series that has been running for the good part of a century. The series does not have a particular focus we can discern, other than lots of interesting books on various topics. This catalogue does devote almost 200 listings to photographic books, while the rest range everywhere from serious philosophical treatises to books for children. Here are a few.

Item 100 is a collection of mid-19th century pamphlets with an exceptional provenance. They were all part of the library of Charles Dickens at his country home in Gadshill. Many may have been sent to him while he was publishing the journal Household Words, perhaps hoping Dickens would review them. They are mostly on the types of themes Dickens championed, such as the poor, abolition, education, capital punishment, asylums, labor and agriculture. Among the titles are Notes on the Slave Trade, An Essay of Capital Punishment, Report of the Committee of Visitors to the lunatic asylum for North and East Ridings of Yorkshire, and The Slaves of the Needle (this referred to seamstresses, not drug addicts as one might think was the case today). The Prison and the School has many annotations in Dickens' hand. Dickens' library was bequeathed to his son Charles after he died, and Charles sold it to none other than Sotheran's, who offered the books for sale in a catalogue in 1878. However, many of Sotheran's records were destroyed during the bombing of London during the Second World War, so they no longer have a record of who purchased them. Priced at £17,500 (British pounds, or approximately $28,120 in U.S. dollars).

Item 316 is a British item, an 1808 first edition printed in London, but it may be of even greater interest to Americans. The title is An Authentic Narrative of the Causes of which Led to the Death of Major Andre, by Joshua Hett Smith. Major John Andre worked directly for the British leader, General Henry Clinton, during the American Revolution. He worked in undercover missions, most notably, as the liaison to American General Benedict Arnold. Arnold was negotiating with the British to turn over the American fort at West Point, which would have enabled the British to split off the northern colonies from those in the south. Andre met with Arnold at the home of author Joshua Hett Smith's brother, but while there, the boat Andre had taken up the Hudson to West Point was spotted by the Americans and forced to flee. Andre donned civilian clothes to escape, but was captured by American soldiers who became suspicious with his story. His mission revealed, Andre was placed on trial as a spy, which carried the death penalty, rather than as an enemy soldier, which would have only resulted in imprisonment, because he was not dressed in military garb. The Americans still remembered British treatment of Nathan Hale a few years earlier. Andre was convicted and hanged. Smith was also put on trial, but was acquitted, and returned to England to write this book. £250 (US $401).