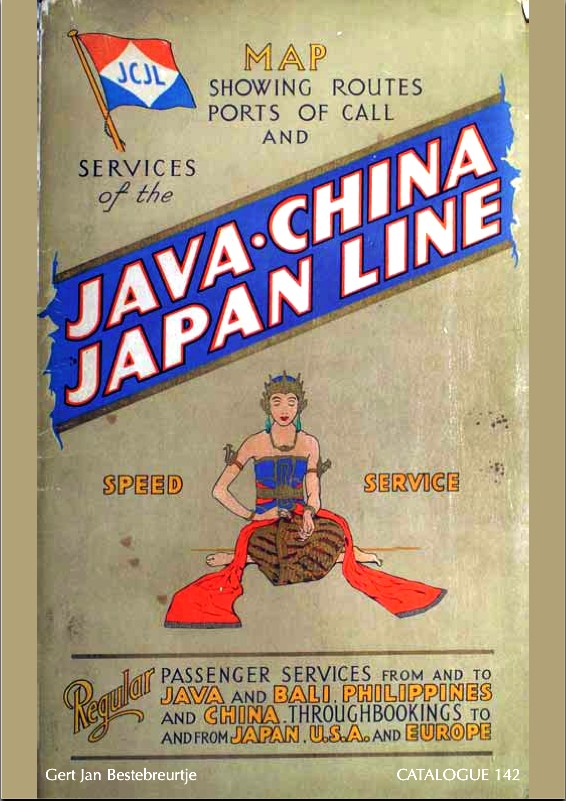 The 142nd catalogue from Gert Jan Bestebreurtje Rare Books comes with the brief title, Travel. There is actually more than just travel here. There are many books of Americana to be found, which perhaps qualifies as travel as one would have to travel from Bestebreurtje's home base in the Netherlands to reach America. We are actually sort of surprised to find some of these 19th century American titles being offered from the Netherlands. How they got there is unknown, but - Americana collectors take heed - they are just begging to come home. We will focus primarily on Americana in this review, but there are many books in Dutch and pertaining to Dutch issues, such as the activities of the VOC (East India Company).

Item 174 is the 1861 London edition of Elisha Kent Kane's Arctic Explorations: The Second Grinnell Expedition in search of Sir John Franklin, 1853, '54, '55. Sir John set out to find the Northwest Passage in 1845 but never returned. His entire crew was lost, setting about a flurry of rescue missions, later followed by exploratory ones after all hope of anyone's survival was lost. The Grinnell expeditions, financed by wealthy American merchant Henry Grinnell (but not led by him) were among the many that attempted to find the explorer without success. The second proved to be a brutal though ultimately heroic, but unsuccessful mission. Headed by Elisha Kane, it searched for Franklin in far northern Canadian territory around Baffin Bay. The expedition ran into many problems, scurvy, their dogs dying, their ship becoming frozen in, and assorted other unpleasantries associated with long winters in places where temperatures are constantly far below zero. After two long winters survived in their ice-jammed boat, Kane realized it would never become free, and there followed a harrowing journey over and through ice-filled waters to eventual rescue. They never came close to finding Franklin's expedition, but at least their alliances with the native Inuit enabled them to achieve something Franklin did not - survival. Priced at €275 (euros, or approximately US $387).

Kane's travels were all too real. Not necessarily so were those of "Eduward Melton." Item 236 is a 1681 first edition of Zeldzaame en gedenkwaardige zee - en land - reizen… It is not clear whether Melton even existed, let alone visited the many places he describes - Egypt, America, the Caribbean, Persia, Turkey, and the Orient. One source has attributed Melton's work to G. van Broekhuizen, a Dutch translator and publisher who had access to many travel accounts from which he could have devised one of his own (some parts are clearly stolen from the works of others). The book includes illustrations from the noted illustrator and poet Jan Luyken. €3,500 (US $4,923).

Here are a couple of speeches from two of the most notable U.S. senators of the 19th century, Daniel Webster and Henry Clay, given during the critical year of 1850. The capture of new territories during the Mexican War, and the question whether they would be slave or free, had greatly opened the divide between North and South. Webster and Clay tried to bridge the divide through compromise, though in reality there isn't much of a middle position between slavery and freedom. Item 388 is Webster's Speech upon the subject of slavery, delivered…March 7, 1850. In 1832, Webster had given his greatest speech, calling liberty and union, inseparable. This came in reaction to South Carolina's attempt to nullify federal laws to which it objected. In 1850, Webster was again fighting for the Union, but this time, rather than standing up to the South, he opted for compromise. In his March 7 speech, Webster, labeling himself not a "Massachusetts man," or "Northern man," but an "American," called for support of the Compromise of 1850, including acceptance of the Fugitive Slave Law, hated in the North. It earned Webster some friendships in the South, but turned his northern base against him. It assured his dream, being elected President of the United States, would never come to pass. €75 (US $105).

Item 59 is the bookend to Webster's speech: Speech of Henry Clay…on taking up his compromise resolutions on the subject of slavery. Delivered…Febr. 5th & 6th, 1850. Clay, the Great Compromiser, was one of the authors and proponents of the aforementioned Compromise of 1850. Clay, being from the border state of Kentucky, did not receive the backlash Webster did for his support. However, the Compromise of 1850, though it might have brought about a slight delay, did little to avoid the growing confrontation between North and South over slavery. Rather, it angered the North while making the South more intransigent in its fight to expand slavery to the new territories. In the end, it may have made civil war more certain, rather than less likely. €65 (US $91.)

Item 363 is a massive work by a Dutch Reformed minister who lived in the Dutch Asian colonies: Oud en Nieuw Oost-Indien... Francois Valentijn lived for many years on Java and Amboya, about which he offers great detail, but his five-volume (in eight) folio first edition goes well beyond this location. He provides information on history, geography, ethnology and natural history on areas throughout the world in which the Dutch East India Company was involved, including Indonesia, Japan, China, India, Persia, and the Cape of Good Hope. There are maps of Australia, long before Cook, likely taken from manuscripts now lost. Indeed what makes Valentijn's work particularly valuable is that much of what he was working from were documents that are now lost. His descriptions of the natural history of Amboyna come from unpublished, lost manuscripts produced by the great naturalist Rumphius. Along with the text, the volumes contain 338 maps, plans, portraits and views. €60,000 (US $84,432).