Historic Documents from the Raab Collection 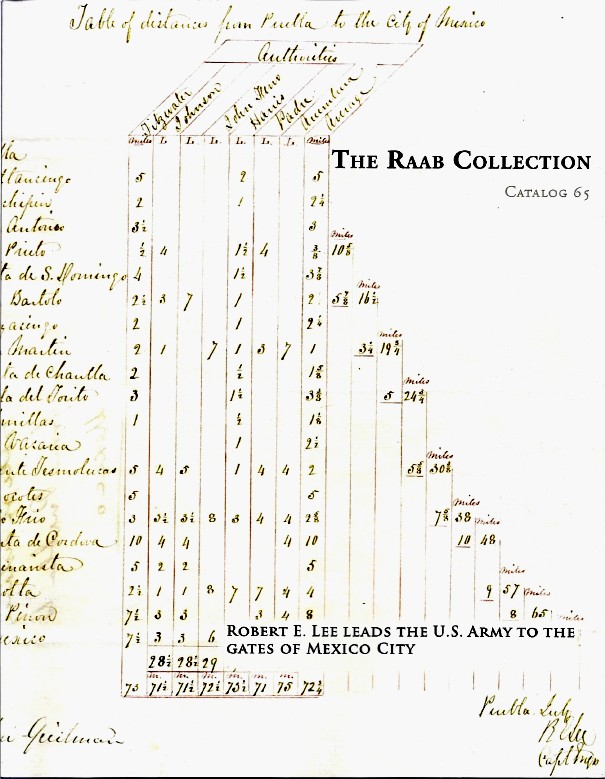 The Raab Collection, of Philadelphia, has issued its latest selection of historic manuscripts and documents in its Catalog 65. Raab specializes in documents from important individuals, primarily American, but with an occasional item from the old world, such as a 1920s letter about politics and war from Winston Churchill. The detailed descriptions provide a lesson in history as Raab places each item within its historical context. The pieces in this latest catalogue range from the era of the American Revolution to the second half of the 20th century. These are some of the documents offered.

In the early days of the American Revolution, there were still attempts being made to find an amicable resolution. British General Richard Howe sent a message to George Washington offering amnesty to the rebellious colonists in return for peace. Washington sent these messages desirous of peace he had received on to the Continental Congress in Philadelphia for their consideration. On August 20, 1776, John Hancock, President of the Continental Congress, sent this response to Washington, acknowledging, "I have laid the whole before Congress…" It is signed with Hancock's famous signature. Eventually, as we all know, nothing became of these negotiations. The British were willing to make concessions, so long as the colonists returned to the fold, but by this time the Americans were interested in nothing less than independence. Item 4. Priced at $65,000.

Abraham Lincoln also sought peace and reconciliation, despite leading America during its bloodiest war. In December of 1863, he issued a proclamation granting amnesty to the vast majority of Confederate rebels if they took an oath of allegiance to the Union and agreed to abide by the terms of the Emancipation Proclamation. However, those who served as officials of the Confederacy were not eligible for the blanket amnesty. They had to personally petition the President. One such person was Josiah Pillsbury, who served as Auditor of the provisional government of Kentucky (the Confederate recognized government set up in opposition to the regular state government which remained loyal to the Union). By the end of 1863, Union forces were in full control in Kentucky and Pillsbury saw the wisdom of recognizing Union authority. He petitioned Lincoln for amnesty. Lincoln was generally quite generous with the petitions he received, and this one came with the added benefits of support for Pillsbury from loyal Kentucky Congressman Henry Grider and loyal former Senator J.R. Underwood. In this document, signed by Lincoln and Secretary of State William Seward on January 4, 1864, it is noted that Pillsbury committed a "grave offense," but nonetheless was granted "a full and free pardon for all treasons, felonies and misdemeanors by him committed…" Item 27. $25,000.

Susan B. Anthony is almost certainly the best known of all the many women who crusaded for equal rights. She spent a lifetime fighting for the right to vote, which sadly she did not live to see. Anton Heitmuller was a Washington dealer in manuscripts and autographs (like Raab), but evidently one lacking in certain graces when it came to pitching his wares. In 1905, he attempted to sell the 85-year-old Ms. Anthony and her suffrage association, of all things, a collection of signatures and pictures of great men of the 19th century. Ms. Anthony was not amused. She responded noting that she would be "interested in the autograph signatures and the pictures of distinguished women." She mentions Elizabeth Cady Stanton, Lucy Stone, and Mary Woolstencraft (Wollstonecraft) among others. Obviously irritated, Ms. Anthony adds, "I Know you think women are the pets of society. That they may be, but to be a pet is not to be an equal, and what I want is for women to be an equal before the law in every respect." Why Heitmuller would have made such a tactless offer is unclear. Perhaps he was hoping to receive an angry response he could sell to someone else. Item 2. $15,000.