Works in Science and Mathematics from Sophia Rare Books 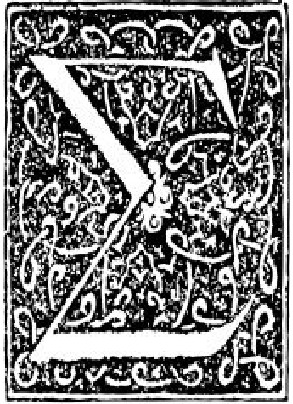 We have received our, and the first catalogue from, Danish bookseller Sophia Rare Books. Located in Copenhagen, Sophia was formed just a year ago by Christian Westergaard, who had spent the previous 12 years at Scandinavia's oldest antiquarian bookshop. Westergaard has a master's degree in mathematics, which takes us to the firm's specialty. Sophia focuses on works in science, with a particular interest in mathematics and physics. They note that they look for books on recent discoveries that have not yet made their way into standard bibliographies. However, the items in Catalogue 1 are mostly only "recent" if measured by geologic time. Offered is an outstanding collection of science works that mostly fit the label "antiquarian."

As a word of caution, there are no issues of Popular Science to be found in this catalogue. You will need a deep knowledge of the fields to understand most of what is written, or an understanding of the history of math and science to understand their importance. There is no light reading here. However, for those whose interests or collections run to the unraveling of the deepest mysteries of the universe, this is your catalogue. Here are a few samples.

A most logical starting point for this review is George Boole's An Investigation of the Laws of Thought, on which are founded the Mathematical Theories of Logic and Probabilities. Boole, whose name is, logically enough, associated with Boolian Logic, attempted to express logic in algebraic terms. What was most notable is that he set forth the idea that logic could be explained in simple yes or no options, or mathematically speaking, 1 or 0. The significance of this was not fully appreciated when his book was published in 1854. That would come in the 1930s when Claude Shannon realized that Boole's yes/no logic could be applied to electronic circuits, which had two settings, open and closed. It was Boole's logic that set the table for the development of the digital computing which you employ at this moment reading this review. Priced at €9,500 (euros, or about $12,297 in U.S. dollars).

Next we have the rare separate printing of Mémoires sur l'action mutuelle de deux courans électriques, the founding paper of electrodynamics, or electromagnetism. The author is Andre Marie Ampere, for whom the unit of electrical current was named (ampere or "amp."). Ampere had heard of Hans Orsted's discovery that electric currents could induce magnetic fields, and set about developing the related theories. Ampere discovered that current-carrying electrical wires formed in spirals created permanent magnets, concluding there must be electrical currents within the material. €7,500 (US $9,702).

Mémoire sur la Fermentation appelée lactique, by Louis Pasteur, published in 1858, describes his groundbreaking theories on the cause of fermentation. Previously, it had been believed that fermentation was simply a chemical reaction, arising from unclear causes. Pasteur theorized that it was actually a biological reaction caused by microorganisms. Pasteur exposed samples of nutrients to the air while keeping others unexposed. Only the exposed samples grew cultures, leading him to conclude that it was microscopic organisms in the air that caused the reaction. Of course, Pasteur's research was of far more than theoretical interest, as it led to the process of pasteurization that protects milk and other foods from spoiling. €1,800 (US $2,330).