The Executioner's Song - What the Privatization of Public Libraries might hold 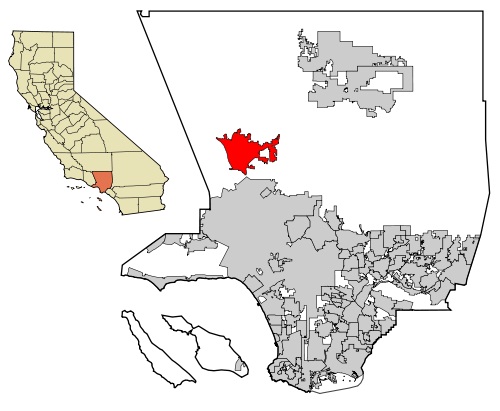 Santa Clarita on a map.

I recently read an article on the front page of the New York Times about a public library being turned over to a private company for management. This is my reaction.

The concept of the library dates back virtually to the creation of writing; modern libraries to post-Gutenberg. They have been around a long, long time. In modern times, public libraries have taken a place in society as a wholesome, intellectual and safe place for research, study and really anything that doesn't make much noise. They continue to offer these comforts for those who seek them, but many of their resources are now available either through the libraries' own websites, or elsewhere on the web. In an age where celebrity drug relapses are considered breaking news, and Martha Stewart is an ex-con, we may have lost a level of that wholesomeness (and intellect I might add) I associate with respectability.

Over the last few decades, libraries have seen a dramatic decline. It's only been further exacerbated by the boom of the Internet since 1995, the refinement of the consumer's Internet experience via Web 2.0+ developments, and sophisticated research software combined with databases. Each new generation that is born into this digital age is developing a sense of what the Internet is capable of; notably instant access from anywhere. It's the difference between a student doing research from the comfort of their dorm and taking the time to walk or bus to the library and potentially access different resources. One of them involves maybe an hour or more roundtrip and the cost of transportation while the other is literally at their fingertips. Right now, people with iPads are literally only limited by their cellular reception (assuming they ponied up for the more expensive wireless-3G-capable version). The library is nice, but a sunny day in the park makes a hard case.

Libraries are now in a difficult transition stage. They are of emotional importance to many, and remain important Internet access points for people who don't have personal access themselves. They are a part of our culture. They are not cheap, and have been historically funded by the community attached to it. Even before the current economic downturn, libraries were struggling, and now, cities across America are turning to a private company to take over the management of their libraries. Typically outsourcing implies things are desperate.

As my father explains it to me, businesses used to (around the 1950's) be a more personal concept. People could expect a lifetime of work at one company if they were effective. Promotions were often related to the amount of time spent there. Things have changed, a lot. Function and cost are the names of the game, and younger minds are typically sharper while expecting a smaller salary. Loyalty appears to have been pushed out. Or maybe the Golden Age of America just ended.

The city of Santa Clarita, CA recently hired Library Systems & Services to take over their public library. This is the first instance where the company has taken over a library in a city that was not in deep financial trouble, and it has been met with stiff resistance from the library staff, and even more so from some of its members.

What is really going on here is the removal of loyalty from a system that never joined the business model by staying publicly funded. In hospitals, transcriptionists used to be an in-house service requiring employees paid for by the hospital. Now, it is outsourced, and the new management company handles the firing of the existing employees, offering back the same job minus earned benefits and/or lower pay. The hospitals in this way relieved themselves of apparent corporate guilt, while achieving their overall end - lower costs. Libraries are no different. The city of Santa Clarita couldn't fire the employees they hired and promised pensions to. So instead Library Systems & Services did it, offering them back their same jobs minus pensions.