A1 Books - Down for the Final Count 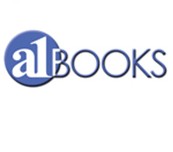 After 15 years in business, A1 Books is forced to close down.

Would you like to buy 360 copies of Still Reading Khan, by Mushtaq Siekh? Maybe you would prefer 59 assorted Bibles, or thousands of various textbooks. Or how about this one - the proprietary software and computer servers of the online pioneering bookseller A1 Books? You are too late. It all went up for auction on September 15, 2010, at A.J. Willner Auctions in Netcong, New Jersey. With it went the legacy of A1 Books, once bigger than Amazon, a pioneer that morphed itself through several different faces, while almost, but never quite managing to fully establish itself. It was a survivor until finally it could survive no more.

It's hard to be certain about the details of A1 Books' history, it being a private company and spokespersons no longer available. Based on old interviews and stories, for which we cannot vouch, it was formed in 1994 and first went online in 1995. Founder Shinu Gupta was quoted as saying they were selling books online before Amazon. Gupta had immigrated to America from India, but obtained his education in the U.S. Apparently, he found locating textbooks (this was back in the pre-internet 1980s) difficult and expensive. Gupta became a Wall Street trader, but he was also something of a technical guru as well as an avid reader. Put business, tech, and books together just as the internet is emerging and what do you get? A bookselling website.

In the early days, A1 Books was targeted primarily toward the education market. It sold textbooks and others of scientific and similar interests, as well as some for pleasure reading. It quickly grew its inventory to a very large size, claiming 500,000 titles in stock in the late 1990s, a hefty sum then for a shop that sold almost exclusively via the internet. As time moved on, that stated number grew to one million. The focus shifted from college students to anybody who wanted books. Price was A1's calling card. It sold books cheaply, not collectible or antiquarian titles, but more common material at uncommonly low prices.

While the company had been formed to sell its own inventory, around five years ago it made a major push to get others to sell on their website. It would go up against AbeBooks, Alibris, Amazon and others in the listing site field. Naturally, this would be a tall order, as those other sites were already well established. A1 offered sellers a better deal - no listing fees, 12% commissions. Others were charging 15%-20% along with monthly listing fees. A1 made a major push, contacting as many booksellers as it could find, aggressively pursuing them to list their books on A1. Some did, many more did not. Everyone likes low listing fees, but if the audience isn't there to buy, they really don't matter. From what we can tell, the more successful listers had an occasional sale, others few if any. Since A1 was not a site noted for expensive, collectible books, sellers were not able to make up for low volume with high-end sales. Booksellers were not losing money by listing with A1, it's just that they weren't making it either.