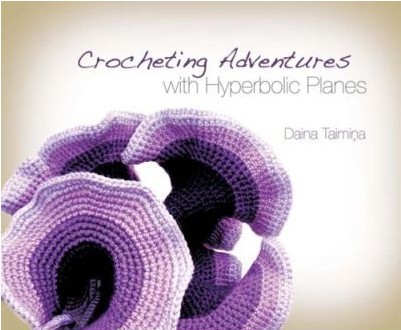 The Bookseller, the British book magazine, has announced the winner of its annual Oddest Book Title of the Year award. The books selected for this award may be serious, but their titles are strange, even if unintentionally so. Generally, they come from some niche field where the title may sound normal, but to outsiders, they sound odd. In some cases, they sound like strange combinations of ideas; in others, there may be unintended double entendres.

This year there was an unusually large number of nominees, which was whittled down to six finalists from which readers could vote. Some of the losers may well be odder than the winner, but this is a democratically chosen award. Now, here are some of those titles not deemed odd enough to make the cut, though I have no idea why: Advances in Potato Chemistry and Technology, An Intellectual History of Cannibalism, Bacon: A Love Story, Father Christmas Needs a Wee, Food Digestion and Thermal Preference of Toad, How YOU Are Like Shampoo, I'm Not Hanging Noodles on Your Ears, Is the Rectum a Grave?, Peek-a-poo: What's in Your Diaper, Pride and Prejudice and Zombies, The Great Dog Bottom Swap, The Origin of Faeces, The Quotable Douchebag, Venus Does Adonis While Apollo Shags a Tree, and Mickey Mouse, Hitler and Nazi Germany. However, swapping dog bottoms, hanging noodles on your ears, or a zombie version of Jane Austen's title were not deemed weird enough by the judges to rate as finalists. Here is what did.

Afterthoughts of a Worm Hunter by David Crompton.

The Changing World of Inflammatory Bowel Disease, by Ellen Scherl and Marla Dubinsky.

That takes us to the third place finisher: Collectible Spoons of the Third Reich, by James A. Yannes, receiving 11% of the vote.

Second place, with 30% of the vote, went to What Kind of Bean is this Chihuahua? by Tara Jansen-Meyer.

And first place, receiving 42% of the votes, went to a title that bizarrely combines advanced mathematics with Grandma's favorite pastime: Crocheting Adventures with Hyperbolic Planes, by Dr. Daina Taimina. I will admit to never quite being able to understand the nature of hyperbolas back when I was taking math in college, but it wasn't necessary. I never learned how to crochet either.