<i>Survey Results:</i> Should Book Fairs Offer a 20% Discount on All Items? 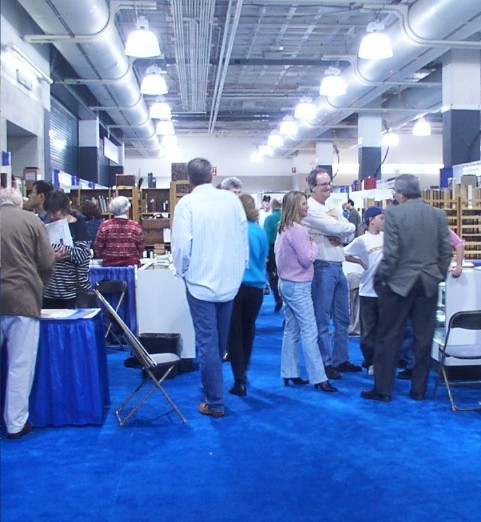 Last month we offered a proposal to jumpstart book fairs, in the doldrums for several years, and included a survey to see whether you liked our idea. That idea was to require that everything displayed at the show be offered for 20% off the most recent online price. The purpose was twofold. Encourage more people to make purchases at the fair, but even more importantly, get more people to attend the fairs. Most fairs have seen lowered traffic and many have been discontinued. In this age of the internet, many collectors never even meet their dealers. But, everyone loves a deal. Here, we thought, is a way to use that time-proven marketing tool to bring collectors back to the fairs.

Many of you agreed with us. In fact, a majority did. 61% voted in favor, 39% against. Not surprisingly, collectors were overwhelmingly in favor - 91% favored the discount, 9% opposed (the one librarian who voted was also in favor). Booksellers were not so enthusiastic, but interestingly, their split was much closer than that of collectors - 44% in favor, 56% opposed.

Collectors were less likely to comment on the subject than dealers, but among those who did, they argued that books at fairs tend to be expensive, some adding that they go elsewhere, online or at auction, to buy. Wrote one collector, "I often see items at fairs of interest but then purchase for a lower price elsewhere after shopping the internet book sites." Another commented, "Books are worth what someone is willing to pay for them, not whatever dealers wish the price to be. I find most dealers would rather hold onto a book for years, or perhaps forever, rather than sell it for what the market is willing to pay." Another was somewhat cynical whether discounts would work, observing, "'Discounting' a price is meaningless if the prices are already inflated by 20%, right?" Another stated that he/she preferred a straight discount to having to "haggle" over price. Still another collector, though favoring discounts, said, "I would rather see good and rare pieces, especially ephemeral pieces at the moderate range, the sort you don't usually see, but are must haves on the viewing."

The prevailing view among dealers who favored the proposal could be summed up by one who commented, "seems nothing else will motivate shoppers and will hopefully bring in more people." Those booksellers who opposed the mandatory discounts had a variety of concerns. Among them, some dealers said they already price low, leaving little room for further discounting. Others noted that many customers won't buy unless given a negotiated deal, but this would leave no margin for negotiations. One issue that frequently arose is that dealers normally give each other a 20% discount, but this practice would have to be discontinued or the discount effectively raised to 40%, untenable for many. Other issues mentioned included creating an image that the books were overpriced to begin with, the cost of participating in fairs may be hard to cover with discounted prices, and some prefer to save their special considerations for regular, repeat customers. Several booksellers stated that they would prefer to see more advertising and marketing of fairs, rather than resorting to discounts to create interest.

Among the comments from those dealers who favored discounting were the following.

"If you sell online through Abe, Alibris or Amazon you are probably already losing 20-25%. Why not give it to the customer?"

"Fabulous idea to promote Fairs. Like it or not, we are all of the 'discount mentality' these days, and the internet is king as far as price goes. Might as well discount up front, create that positive expectation for buyers. A real challenge will be that buyers believe our prices are competitive to begin with. You know, the old 'they just raised the prices to say they have discounted it 20%.'"

"Anything that makes them [fairs] more successful has to be worth a try!"

"Yes, but not by 20 per cent. Acquisition costs are rising exponentially at the same time that retail prices are dropping. I regularly offer ten."

"My teenagers have also caught the collecting bug, and would love to be able to afford more special books."