<i>In The News:</i> Naked Theft at the Library; A Large Book Collection Preserved 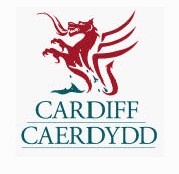 A 52-year-old Michigan man has been arrested in one of the more unusual cases of library book theft in recent memory. Ypsilanti police say the man entered the local public library and stripped naked. He emerged from behind a bookcase, reportedly "thrust his hips" toward the librarian, grabbed some children's books and his clothes, and ran. Police tracked the suspect down a week later, and left a note at his home. The suspect evidently was reasonably cooperative, as he showed up at the police station, then tried to bolt, and finally was chased down and captured by the police. He has been charged with larceny, resisting arrest, and other offenses. At his arraignment, he admitted to at least some of the charges. Meanwhile, the library has begun proceedings to have his library card revoked.

While it is not our role to provide advice to book thieves, it appears that this gentleman's modus operandi suffered from two serious defects. For one, library thieves should not draw undue attention to themselves. Running around the library naked is almost certain to draw unnecessary stares. Secondly, to sneak books out of a library, you need to be able to hide them somewhere.

A collection of thousands of books from the Cardiff, South Wales, U.K., library has been spared from the auction block through contributions from a variety of agencies. Two years ago, the Cardiff City Council announced that it would be sending thousands of antiquarian books to auction, as the city could no longer afford to maintain them. Click here for our earlier report. The decision met with considerable consternation from some local residents, but the city was faced with a budget shortfall and a large collection of books that saw very limited use.

The problem will be resolved by transferring the books, approximately 14,000, to the Cardiff University library. Between them, Cardiff University, The Welsh Assembly Government, and the Higher Education Funding Council for Wales contributed £1.2 million to make restoration and transfer possible. Once conservation work is completed, the public will be able to obtain access to the works, while some will be digitized to provide online access from anywhere in the world.

The collection includes 175 items of incunabula, around 500 rare Bibles, numerous 17th century Shakespeare volumes, and later limited edition private press works. Executive Member for Sport, Leisure and Culture Nigel Howells noted, "While the money offered for the book transfer is less than their commercial value," this was the best solution for the city. Cardiff University Vice-Chancellor Jonathan Osmond commented, "the acquisition of a collection of this size, depth and quality will enable Cardiff University to move into the senior league of humanities research collections and to create opportunities for collaborative research across Wales, the U.K. and internationally.