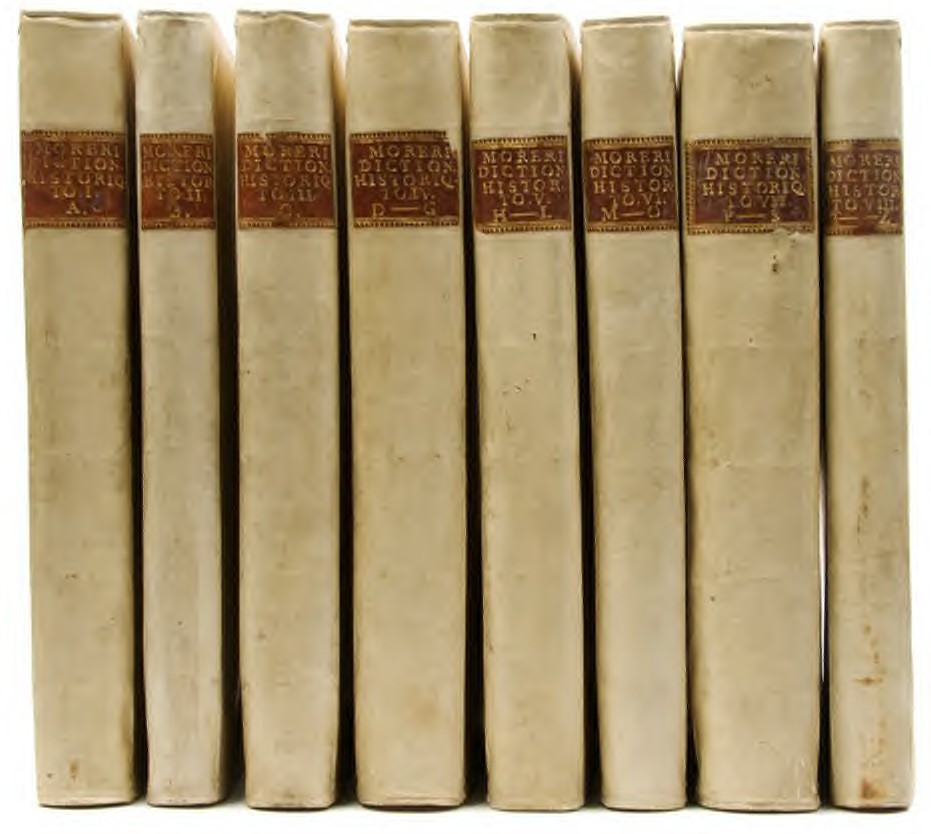 Some of the Sisto books sold at the Leslie Hindman auction.

The library of a bizarrely, and not always legally, acquired collection of books, ephemera and art was sold at Leslie Hindman's Auction in Chicago on March 16. FBI investigators estimated the collection had a value of $10 million, though, as Mary Williams of Leslie Hindman Auctioneers points out, "the items do not have an actual value because they would never have been sold." Items which are "hot," particularly ones that are also unique, are essentially unsalable. Those offered by Hindman's auction were the ones for which no legal claims were made.

This story goes back to the 1960s and a nondescript modest home in the Chicago suburb of Berwyn, Illinois. John Sisto, a naturalized American citizen, operated a small, collectibles store near his home. Sometime in the early 1960s, his father, Giuseppe Sisto, began shipping him antiquities from Italy. Where the father obtained these items is not clear, though it certainly appears many were stolen and were also subject to laws which prohibited their removal from the country. It seems most likely that Giuseppe believed he was supporting his son's business, but apparently John was keeping most of the items he received. He became an obsessive collector. It also appears that John made some trips to Italy himself and brought back even more goods.

In 1982, Giuseppe Sisto died. That would have shut off his son's primary source of material though he may still have found some on his own. Meanwhile, as the years went on, John became more and more isolated. He learned how to translate ancient Latin documents and became a sought after expert on Italian antiquities. However, he also became more alienated from his family. The last ten years of his life he had little contact with his son, Joseph, after the latter became suspicious about the source of his great collection. John Sisto died in 2007, leaving no instructions for his collection. Considering its origin, how could he? He loved his books and artifacts with a passion, but the circumstances of their origin made that a passion he could not share.

Once Joseph began sorting through his father's material after John's death, he quickly realized there could be problems. Rather than attempting to sell the material, he called the police. Thus began an extensive and thorough evaluation, piece by piece, of the material in John Sisto's collection. The FBI's Art Crime Team conducted the investigation, with assistance from the Italian Command for the Protection of Cultural Heritage, and the Italian Ministry for Cultural Assets and Archives. Ultimately, the issue of theft became secondary in the case as so many of the items were protected by Italian cultural heritage laws from being removed from the country in the first place. Besides which, returning them to the appropriate institutions and private collections was more important than proving a crime as the only two potential subjects for a criminal prosecution were dead.

Around 1,600 items from the Sisto collection were repatriated to Italy. Naturally, these included the most valuable ones. According to the FBI, the collection included, "parchments and manuscripts, many with papal wax seals and some dating to the 1100's; several hundred Etruscan artifacts, many dating to 500 - 900 B.C.; over 1,000 books, some handwritten, dating to the 1700's; and numerous religious and political artifacts, including letters written by former kings, popes and other members of the Roman Catholic Church." That still left around 2,000 items which were returned to the Sisto estate. Included in the Hindman sale were books from Mr. Sisto's library. These were not the really ancient and extremely valuable works of art and handwritten letters and manuscripts. They were primarily books, and while old, not ancient, that is, mostly 18th and 19th century printings. They carried auction expectations in three figures, not six or seven.

Most of the books were sold in combined lots of ten or more organized by subject, such as medicine, law, or a favorite of Sisto's, dictionaries. The highest price for an individual item went for a 1765 edition of Thomas Aquinas' Summa Theologica (31 volumes), $1,800 at the hammer (a nice bump on the $100-$200 estimate). All told, the Sisto items sold for a hammer price of $29,315.

Mary Williams reported that the Sisto items generated a lot of interest on the phones and online, including "quite a few new bidders that we have not dealt with in the past from abroad." Several items were purchased by a German bookseller. There were also numerous institutions that previewed the Sisto items and requested condition reports, and while Ms. Williams could only be certain of a couple of institutional buyers, there were likely more as many bid through agents. The material certainly proved popular enough as all but one of the approximately 75 Sisto items sold. It should be noted that these items were part of a larger auction, accounting for around 10% of the total sales by price.

While between the repatriated items and the library most of Sisto's collection has now been dispersed, there still remain some articles in the family's hands, primarily posters and decorative items.