News from the Library: A Large Gift, Major Scanning Project, and Binding Exhibition 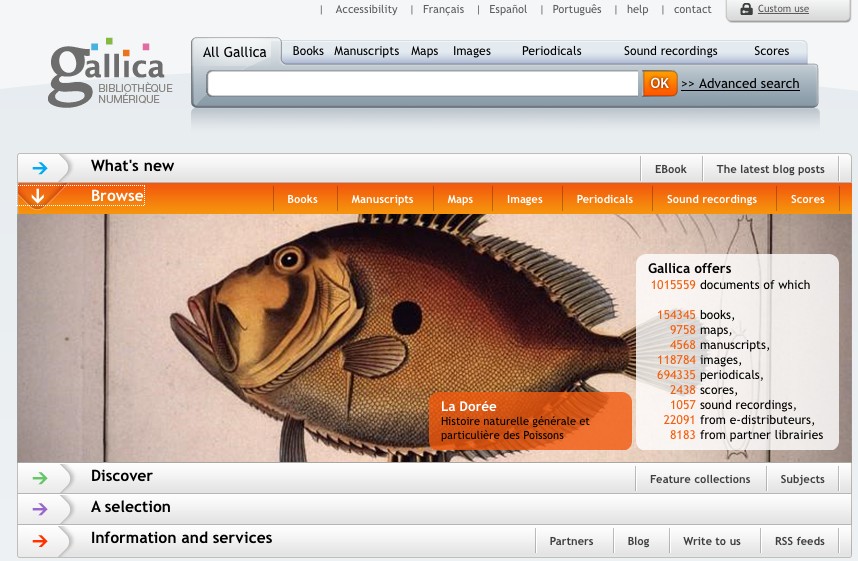 Libraries, rare book rooms in particular, may be scrambling for dollars in this digital age, but there are still signs that appreciation for the printed word has not disappeared. One such example comes from the University of Pennsylvania, whose library just received the largest gift ever from a living donor. The gift, $4.25 million, is targeted for the Rare Book and Manuscript Library. It provides a great start to the library's $15 million fund drive to renovate and expand the special collections library.

The Penn Libraries will be using their gift to support both the new and the old. The old sixth floor rare book library will be transformed into a Special Collections Center. State of the art projects, such as digitization of old works, will be supported by the funds. Students will have a superior environment for work and study. On the other hand, the library will be able to do more to preserve its old books and make them available for study. The Penn Libraries appear to be integrating the need for current technology and modern surroundings with preservation and respect for the great old books and manuscripts they hold. This is the best way to preserve old books while keeping them relevant to future generations. Still, such actions will be hard without the support of generous people like the donor who presented this gift, who has chosen to remain anonymous.

Google Books has not been the most popular project in the world. Google's scanning project has been attacked from capitals around the globe, so it is a bit surprising to find support and cooperation from a library in, of all places, France. There have been concerns at the highest levels of the French government over Google gaining digital control over items of written French culture. This is not a concern for officials at the Lyon City Library. They have entered into an agreement with Google which will grant the latter access to scan 500,000 books from their collection over the next 10 years. The way the folks at the Lyon Library see it, it is better to make their cultural heritage available for all the world to appreciate than to keep it locked up in a safe in Lyon. With Google, they get to promote their heritage at no cost to them. Google is footing the bill. The first book scanned under this arrangement was a 16th collection of Nostradamus' predictions, and if you read them very carefully, you will find that the great seer predicted this very event would come to pass.

It should be noted that France does have its own national scanning program and digital site: Gallica. Founded in 1997, Gallica has so far scanned 154,000 books. Google, which started in 2004, has scanned 12 million. This may explain Lyon's decision to go with the American company.

On my shelf is a copy of an 1848 American edition of the French writer Chateaubriand's classic Memoires d'Outre-Tombe. A third of the spine is gone, revealing beneath it a copy of Harper's, the magazine I suppose, used in the binding. It probably isn't too much older than 1848 as the word "photograph" appears. I mention this as a segue to an exhibit being conducted by the Yale Law Library through May. Nearly 150 of the old books in the Law Library's Rare Book Collection contain visible fragments of medieval manuscripts in their bindings. Some of these are now on display in an exhibition entitled Reused, Rebound, Recovered: Medieval Manuscript Fragments in Law Book Bindings.

While the environment was not a hot issue in the 15th and 16th centuries, conservation of resources based on economic necessity was. Frequently, bookbinders would cut up old manuscripts to use them in the bindings. These scraps are useful in determining the spread and popularity of medieval texts, and in a few cases, preserve the only surviving fragments of a particular work. So far, it has been determined that the fragments represent the Bible and liturgical works, musical notation, legal texts, a sermon, a work of Cicero, and two Hebrew manuscripts. The fragments include the oldest item in the Yale Law Library, dated from 975-1075. A number of the fragments remain a mystery.

Curators for the exhibit are Benjamin Yousey-Hindes, a Ph.D. candidate at Stanford University, and Mike Widener, Rare Book Librarian at Yale.