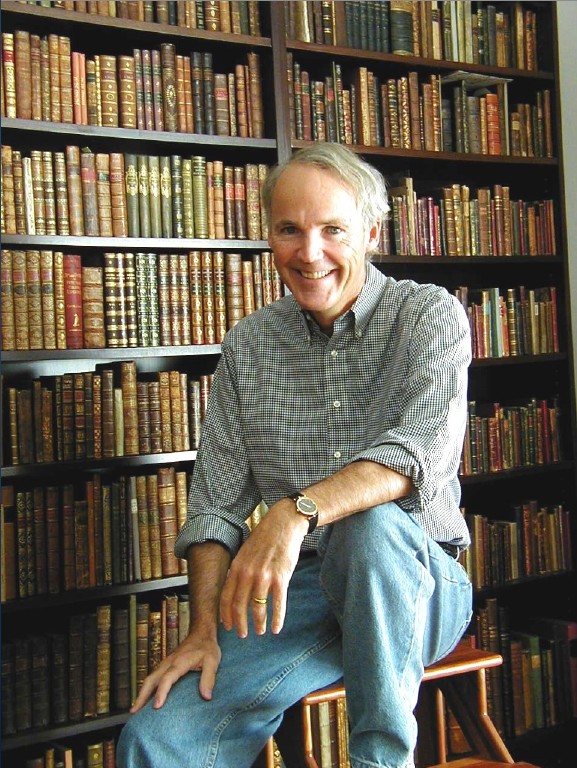 All other things being equal, it takes data, knowledge, and charm, not necessarily in that order, to make it in the ABAA. It also doesn't hurt to have deep pockets.

A good example of the data model is Joachim Koch of Books Tell You Why based in South Carolina. Koch is a German trained engineer who had an extensive corporate tech career before joining the ranks of book dealers. While Koch stresses that his is a family business, a team effort, he also stresses that there is no substitute for numbers.

Even a brief conversation makes it clear that his style of bookselling is organized, systemized and the company makes decisions based on an impressive array of factual information. Want to talk click-through ratios and pay-for-placement? Interested in what's hot and what's not? Want all the data all the time? This is your guy.

Koch knows his customers: He knows who bought, what they bought. He knows how they found him, what they spent, if they buy frequently or occasionally. Having a plentiful amount of information is only the first step. He's willing to pay for the tools and techniques he thinks will drive traffic to his site and he wants those numbers to be BIG.

Books Tell You Why Had a good year in 2009 and they're expecting a better 2010. Though not for publication it's all sliced, diced, analyzed and driven by data; books are only the top layer. www.bookstellyouwhy.com

Another way to get ahead in high-end bookselling is to know more, a lot more, than other people and have a sterling reputation. It is helpful to have an opinion that collectors and libraries can take to the bank or feds as needed and to have the credentials to back up the reputation.

Vic Zoschak of Tavistock Books in Alameda www.tavbooks.com fits that profile. This is a go-to guy when you want to get serious and take it to the next level.

Zoschak has an MBA in Finance from NYU. After a career in the Coast Guard he segued from a highly respected Dickens collector to an equally respected ABAA book dealer. It is his knowledge and willingness to share his knowledge that sets him apart from his contemporaries.

He is always helpful, well informed. Though all the ABAA dealers who spoke with AE knew their stuff, Zoschak seemed to truly understand that God is in the details. He is qualified for and frequently does appraisals for IRS purposes. He asks and gets hefty fees for these services. For a more modest sum you send the book to him and get back his thoughts on its value.

Zoschak is a supporter of the University of Virginia Book School where students, some of whom are would-be ABAA members, can learn the bibliographic niceties and are introduced to the work of special collections.

He's serious about the importance of bringing along the next generation of dealers and he also stresses the importance encouraging college students to take a serious interest in collecting.

Zoschak is widely appreciated as a person who is willing to mentor younger dealers who want to join the ABAA. Several who spoke with AE credit him with at least part of their success in the trade.