$5-$10 Million Cache of Books and Other Antiquities, Found in Small Chicago Home, Returned to Italy 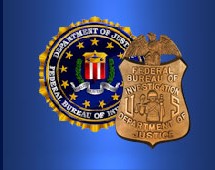 What the FBI has described as a "literal treasure trove of artifacts," 1,600 relics including over 1,000 books and manuscripts, has been returned to Italy. The collection was discovered in a small suburban Chicago home two years ago. Meanwhile, another 2,000 items whose origin or ownership could not be determined have been returned to the estate of the man possessing this amazing trove. As described by the FBI, the items returned to Italy alone included, "...parchments and manuscripts, many with papal wax seals and some dating to the 1100's; several hundred Etruscan artifacts, many dating to 500 - 900 B.C.; over 1,000 books, some handwritten, dating to the 1700's; and numerous religious and political artifacts, including letters written by former kings, popes and other members of the Roman Catholic Church." The FBI valued the returned items at between $5 million and $10 million.

Here is the story, primarily pieced together by the FBI. John A. Sisto, a naturalized U.S. citizen, operated a collectibles store in Berwyn, Illinois, where he lived in a very modest home. Sometime in the early 1960s, his father, Giuseppe Sisto, who still lived in Italy, began shipping antiquities to his son. The father probably believed that John was selling the goods for a profit, and perhaps he did with some, but it seems he simply kept and collected most of them. It has separately been reported that John also made trips to Italy on occasion where he would buy items at estate sales and the like. Where all of these things were purchased is unclear, but quite a few of them were stolen. While we cannot be certain, it seems unlikely that his father would not have been aware of the questionability of some of his sources, or the son, who became quite an expert in this material, and secreted it away, would not have been aware either.

This process went on until Giuseppe died in 1982. By then, John had a magnificent collection of Italian artifacts and books. Reportedly, he became quite an expert in the field, learned how to translate Latin script documents, and was sought after for his knowledge. Still, no one knew of the treasure in his home. Well, not quite no one. His son, Joseph, knew he had an unusual collection, and was apparently not comfortable about its origin. According to Joseph, he and his father had a falling out over the issue about ten years ago and had little communication thereafter.

This obsessive collecting evidently became the life and love of John Sisto, to the exclusion of just about everything else. His family was alienated, while he remained holed up in a small house crammed full of extraordinarily valuable and historic documents. He studied and translated them, but apparently made no plan for what would happen to the collection when he died. That inevitability came about in 2007 when John Sisto died at the age of 78. His death brought his estranged son, Joseph, home. After looking through the material, Joseph called the police. Thus began a massive investigation that has gone on for the past two years.

The FBI noted that they had gone through the "exhaustive process" of identifying and authenticating each item. Various Italian cultural preservation agencies were called in for help. Ultimately, the FBI did not have to determine which items were stolen and which purchased legitimately. The 1,600 items returned were determined to have been removed in violation of Italy's Cultural Property Laws. It does not matter whether they were stolen or purchased legally. The act of removing them from Italy in itself was a crime. However, the FBI stated that they plan no prosecutions in Illinois for the theft, transportation, or possession of the goods. Who could they prosecute? The only wrongdoers here appear to be John Sisto and his father, both deceased. The FBI added that any charges for violating Italy's Cultural Property Laws is up to Italian authorities, but again, we don't know who they could prosecute.

That leaves the remaining 2,000 items with the estate. We are unsure of their value. Undoubtedly, it is lesser material since it did not qualify as "cultural property," but it is probably worth a fair amount. Exactly who gets it is not known to us, as Joseph was estranged from his father and there are other heirs, who have been quiet about this whole affair. We do not know whether John willed them directly to anyone, or whether further claims may be made for non-cultural items on the grounds that they were stolen. Meanwhile, the small home just west of Chicago, that generated so much attention over the past two years, can finally return to its quiet, unobtrusive suburban existence once again.