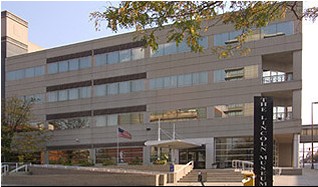 The tentative sale of AbeBooks to Amazon announced last summer has now become official. The agreement announced on August 1 has gone through the appropriate due diligence, and with the completion of this process, Abe is now a part of Amazon. However, in its announcement, Amazon stressed that "AbeBooks will continue to function as a stand-alone operation based in Victoria, British Columbia." Additionally, Abe will continue to maintain its various foreign websites, "including its Canadian Web site." We imagine the special emphasis on the Canadian website was included to reassure those who might fear some consolidation is planned with Amazon's not too distant headquarters on the other side of the border in Seattle.

AbeBooks was founded in 1996, and underwent one previous sale, when the founders sold the company in 2002 to German media conglomerate Burda Media. This latest sale combines the largest online retailer of new books with the largest seller of used books. AbeBooks has some 110 million listings now on its site, offered by around 13,000 sellers. Interestingly, the two companies were founded within a year of each in the Pacific Northwest, though on different sides of the border.

Speaking of AbeBooks, they have published an Interview with a Bookbinder which should interest those with a passion for the book arts. Click here.

Indiana's Lincoln Museum will be remaining in Indiana, or at least its collection will. The Lincoln Museum of Fort Wayne was founded in 1928 by the Lincoln Financial Group, now of Philadelphia but then of Fort Wayne. The company's founder had obtained permission from Abraham Lincoln's son Robert to use the 16th President's name for his new company in 1905. With its great success by the 1920s, he wanted to honor the President's memory with a museum in his company's hometown.

The Lincoln Museum developed a large and important collection of Lincoln material, but perhaps was an odd fit with a company now located on the east coast. Last spring, the Lincoln Financial Foundation announced the museum would close at the end of June. What was not known was what would become of the collection. However, the Lincoln Financial Foundation did state that they would be bringing together potential partners to discuss the possibility of keeping the collection together in a public setting. This was their preference over a simple auction to the highest bidder, and this process, happily, has concluded as hoped.

The buyer is a consortium of Indiana institutions that will keep the collection in state. The bid was put together by the Indiana State Museum, Allen County Public Library, Indiana Historical Society, Indiana State Library, Friends of the Lincoln Museum, and the Governor's Office. The collection will now be housed at the State Museum in Indianapolis and the Allen County Library in Fort Wayne. The announcement from the Governor placed the value of the collection at over $20 million, and described it as "the world's largest private collection of memorabilia from Abraham Lincoln's personal and presidential life."

Google announced an extension of its massive book digitization process. The internet search giant is now also in the process of scanning archives and even current material from several magazines. Among the titles listed are Popular Science, New York Magazine, Ebony, and even the Bulletin of Atomic Scientists. It is estimated that around 1 million scanned articles are already available through Google.

Initially, the magazine articles can only be found through searches on Google Book Search. However, the plan is to eventually index them within regular Google searches as well.

While there is positive news for digital publication, there was some bad news for old-fashioned print media. The Tribune Company announced that it was filing for Chapter 11 bankruptcy. The Tribune Company publishes several major newspaper, including the Chicago Tribune, Los Angeles Times, and Baltimore Sun (for an earlier article on the Los Angeles Times closing down its Sunday book review section, click here). The Tribune Company had particular problems as an earlier leveraged buyout had saddled the company with some $13 billion in debt. However, the declining circulation and advertising revenue most newspapers have faced for years, coupled with today's stark economic downturn, became too great a burden. The fall was precipitous, as the buyout engineered by investor Sam Zell was less than two years old, but bad news travels fast in this new era.