Booking It In Utah 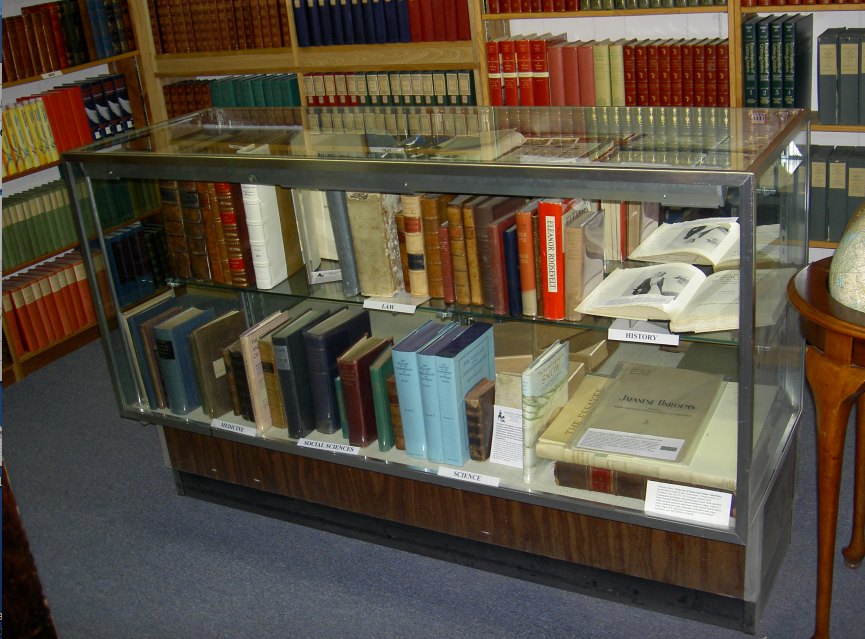 The back room at Sam Weller's Books.


One memorable stop, on a very windy afternoon, was in Orderville, Utah on Rt. 89. The town, which has a population of about 596, was one of the first of the Mormon communal communities. There we found Lance's Book Stop, Antiques and Books. Lance's was rather uh...interesting. He's a transplant from Baltimore, MD. He claims 15,000 books in stock and has a ton of CDs, DVDs, etc. He’s open 15 days each month. We spent about an hour in the little bookstore next to his antique shop. He had a zillion rather general, not particularly noteworthy books. We bought six books, two of which I regretted the next day, but that's the book business. He's a really nice guy and if we had had time to root through his warehouse, we might have found some gems.

We went on up the road a piece, as we say out west, and found a bookstore called Confetti's Antiques and Books in Spanish Forks. They had some great books, again specializing in Mormon stuff, new and used, as they are Mormon-owned. Most of their used books were very pricey and no offering of a dealer discount. They are online, if you want to see what they have.

We finally got to Salt Lake and plopped ourselves down in the Motel 6 downtown. Big mistake. Besides the seedy neighborhood, it is one of those really old Motel 6s that reek of cigarette smoke even though we requested and got a "no smoking" room. Not! However, not to disparage Motel 6s in general, we almost always stay there and have only been disappointed a couple of times (mostly on this trip, actually.) They are affordable on a bookseller's budget, they takes pets without question, and who need fancy digs when you spend all your days in bookstores and thrift shops, anyway?

Other than a number of pretty good thrift stores, we stopped at Central Book Exchange in SLC. The new owners have had it for two years. The stock is general used and a few new tomes of fiction and non-fiction with a pretty decent mystery section. In all the time we've been writing for Americana Exchange, we've walked into stores, been enthusiastically welcomed, and interviewed dozens of booksellers right off the cuff. This time we were surprised. Though the owner, Pam, was pleasant, first she wanted the online address so she could make sure we existed. Okay, fine. She was also, she said, much too busy to talk to us. There were two or three people in the store that she was following around, but I wouldn't say they were really busy. Her partner/husband was rather abrupt, actually, and basically said to make an appointment. We explained that we were only there for one day and could they just give us ten minutes. They didn't seem to want to do that, so I bought two mysteries that I have been trying to find for some time, and we left. They do not offer a dealer discount even though their rather standard, general selection is somewhat pricey.

By this time we were a bit discouraged, but did we give up? No, and we were glad we didn't when we found Sam Weller's Bookstore in Salt Lake. You know how sometimes you walk into a bookstore and it just smells right? It has that perfect cologne of coffee (from the in-store café), paper, leather, and ... well, old books. I'm sure many of you readers are familiar with the store off or on-line. Tony Weller is the grandson of Sam Weller, who was the original owner, and the bookstore, which was originally a furniture store in 1929, morphed out of furniture and into books.

Tony's delightful, friendly wife, Catherine, runs the new book part of the store, Tony runs the out-of-print, used and rare part, so this is still a "family affair." This is probably one of the niftiest bookstores we have run into in all our travels (www.samwellers.com). Tony is not just a bookseller, but a passionate bibliophile and he knows his books. He is also friendly, outgoing, and was eager to talk to us about his store, current politics, and his philosophy of books. Like his grandfather, he probably knows where every book in the store is located and exactly what they have. The Rare Book Room was a treat! I'm a Conan Doyle fan, and he had an entire shelf of rare Conan Doyle and Sherlock books. I had to slap my own hands not to buy anything I wasn't willing to resell. He has a great Western History section where I found several Nevada books for my store. Tony also puts out a bi-monthly newsletter called Booktalk with invaluable info for booksellers and buyers as well as listings of what Author Events he has scheduled.