Lincoln Museum To Close -- Now What Happens To Its Huge Collection? 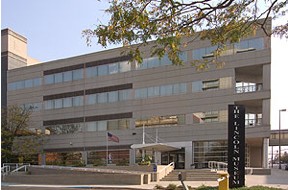 A museum hosting one of the largest collections of Lincoln material in the world will be closing its doors on June 30, leading to the question, what will become of its huge collection of Lincolnia? The institution is the Lincoln Museum of Fort Wayne, Indiana, and its collection is almost too vast to imagine. It includes 350 signed documents, 5,000 19th century photographs and 7,000 prints, 18,000 rare books and pamphlets, 200,000 newspaper and magazine clippings, 350 19th century sheet music titles, a copy of the Emancipation Proclamation, one of 13 copies of the Thirteenth Amendment signed by Lincoln, and 79 three dimensional items.

The museum is owned by the Lincoln Financial Foundation, the charitable arm of the Lincoln Financial Group of Philadelphia. Lincoln Financial Group is the marketing name of Lincoln National Corporation, a major insurance and financial services provider with $237 billion in assets under management at the end of last year. However, the association with the President whose name it bears goes back to the firm's beginnings, and this explains how a large Lincoln collection ended up in Fort Wayne. The firm was founded as an insurer in 1905 in Fort Wayne. According to the company's website, founder Arthur Hall sought, and received, permission from the President's only surviving son, Robert Lincoln, to use Abraham Lincoln's name. Hall would return the favor in 1928 when his now very successful business created the Foundation to collect and display Lincoln-related material in its hometown.

The decision to close the museum reflects declining attendance over the years. History museums struggle to draw younger visitors in the internet age, and its out-of-the-way location in terms of Lincoln associations could not have helped. With the decision to close now made, the obvious question is, what becomes of the collection? That remains up in the air, but the Foundation has some clear preferences, embodied in the Abraham Lincoln quote, "I am for those means which will give the greatest good to the greatest number." In other words, if you are hoping to see this material come up at auction, be forewarned that the Foundation is seeking to find partner museums to keep the material accessible to the public

Asked whether the museum had ruled out the possibility of at least some of the material going to auction, Lincoln Financial Group's Annette Moser responded in writing, "No considerations have been eliminated at this time." However, this does not appear to be the Foundation's choice. She further explained the process by noting, "Through invitation, the Foundation will host a national informational event in April to explore solutions for the collection with potential public partners that have managing historic collections as their core business, demonstrate the ability and resources to properly care for items, and provide substantial visibility of the collection."