<i>People of the Book</i>: Survival and Responsibility 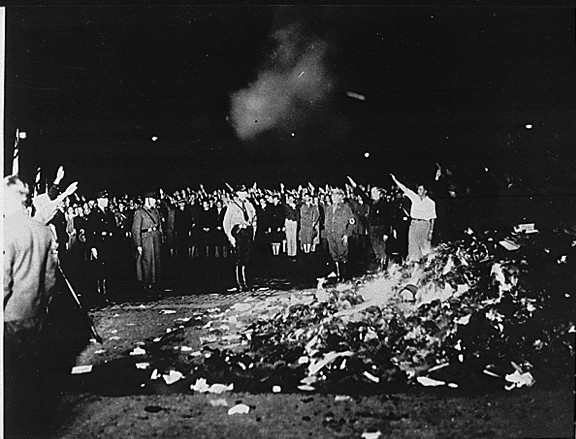 
Book destruction is not just political; it is the outpouring of ignorance. Why were we not surprised when looters raged through Baghdad's National Library in 2003, destroying tens of thousands of irreplaceable manuscripts and setting fire to books? And how many could even have read or understood them? And why was nothing done to protect them?

When I was young, I can remember being totally shocked when I first read of the sack of Alexandria and the destruction of its library. We're talking hundreds of thousands of scrolls by the greatest thinkers of the day, the loss of incalculable knowledge.

So when a book was written about survival - I sat up and took notice. Geraldine Brooks's People of the Book is number 2 on The New York Times Bestseller List, three weeks now on the list. It is a book whose central character is not the female narrator, whose intermingled personal and professional life as a book conservator provides the contemporary framework for the story, but a real book — the so-called "Sarajevo Haggadah".

The history of this Hebrew codex has been largely hidden, but there are some things that are known. Scholars believe it was created in Spain in perhaps as early as the mid-14th century, CE, during the Convivencia, when Christians, Muslims, and Jews lived together in relative peace. The Jews were expelled from Spain in 1492 by Ferdinand and Isabella, and nothing more is known of the book until the 17th century, when it reappeared in Venice and was passed by a Catholic priest named Vistorini, which saved it from the book burnings of the Inquisition. Other books that had Vistorini's signature also survived.

The book passed through Vienna and in 1894 the Haggadah was sold to the National Museum in Sarajevo by a man named Joseph Kohen. Its survival was still not assured. During World War II, it was smuggled out of the Museum by a Muslim scholar under the nose of the Nazis and kept safely in a Muslim home or mosque. During the Bosnian War of the 1990's it was hidden inside a bank vault.

That this priceless book, one of the most beautiful medieval Jewish manuscripts, is still in existence was the result of good fortune, bravery and sacrifice. In all the years of its existence, the Sarajevo Haggadah was not broken, and it was not burned. It survived the Spanish expulsion, the Inquisition, two World Wars and the Bosnian bloodletting. It was saved at least twice by Muslims. Had it been separated or destroyed, its story would have been destroyed with it. Used in celebrating the Passover service, the Haggadah speaks of the liberation and survival of the Jewish people, and by its existence its own.

What does this tell us and what can we learn from all the people who had possession of it and protected it? As we buy and sell rare materials, what is our collective responsibility in preserving the books that now exist for future generations? Renée Magriel Roberts can be reached at renee@roses-books.com.