AbeBooks Lists Its Top Sellers, Most Expensive Books for 2007 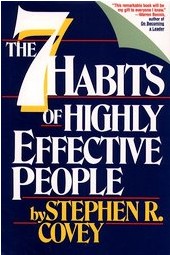 Is writing self-help books one of the 7 habits of highly effective people?

AbeBooks has issued its lists of the bestselling books, most expensive books, and various other "top 10 and 25" lists, such as top authors, signed books, and used books. As the largest of the book listing sites, booksellers will undoubtedly want to know what sells best on Abe. Here is your answer.

The top 25 bestsellers list is filled with recent, highly popular books. This is a very different list from the BookFinder top 10, where the searching (but not selling) site favorites are the very hard to find. Abe's most popular books are not hard to find at all. People just like to buy them on Abe (most likely for the price).

Abe's most expensive sales are an unusual lot. These are not the very expensive books found in the AE Top 500 at auction. Number 1 on Abe would not even come close to cracking the AE Top 500. Abe doesn't sell the most expensive books, just the most. Nevertheless, there are some nice sales here, number 1 reaching almost $25,000. And, while Abebooks has expanded from its site in the English language to sites in German, French and Spanish, they ought to offer one in Latin to accommodate the most expensive ones they sell.

Now, we will look first at the top 10 bestsellers, including the number of copies of each currently offered on the AbeBooks site.