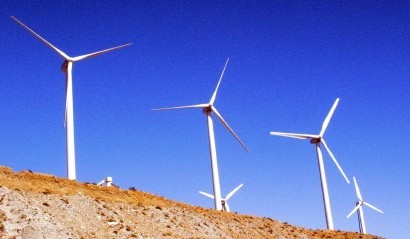 Biblio.com has gone green. We have not heard of this before with a book site, so we are pleased to give credit where due for this act of good neighborliness and corporate responsibility. Okay, I realize that this may not sound like an exciting story, but it is an important one, far more so than the latest escapades of Britney Spears or whatever television "news" is leading off with tonight. So, please give it a listen. I'll be brief.

What Biblio is doing is engaging in a form of "carbon offset." All businesses need electric power and that power comes from one grid. Electricity enters the grid from all sorts of sources, some environmentally friendly, like wind, others not so friendly, like burning fossil fuels. Since all electricity arrives at your door through a common grid, and all electricity is identical, you cannot specify that you want your electricity to come from clean, renewable sources. So Biblio purchases "carbon offsets." This money enables producers of environmentally friendly energy to add their electricity to the grid, even if it is a bit more expensive to produce. The result is that more wind-produced energy enters the grid, replacing a like amount of fossil fuel produced energy, and eliminating the carbon pollution that fossil fuel would have created. Reducing carbon dioxide, the major greenhouse gas, helps reduce global warming, and the potentially disastrous consequences of this serious climate change.

Biblio has been purchasing its "carbon offsets" through NativeEnergy, a privately held, majority Native American firm. They provide financial support for the building of wind turbines on lands of Native Americans and farmers. Along with wind energy, they also finance methane-to-energy projects. Methane, a byproduct of those things you step in when walking through a field full of cows, has 21 times the impact of carbon dioxide in terms of causing global warming. So, this is a case where converting the fuel (methane) to carbon dioxide is a major plus for reducing global warming.

We both congratulate and thank Biblio for this very civic-minded action on its part. Every contribution helps. However, this brings us to the larger and more vexing question for Americans -- why isn't our country taking the steps needed to resolve this issue? Even if you choose to stick your head in the sand and believe that our energy consumption does not cause global warming, just like cigarettes don't cause cancer, there is still an undeniable problem that will wreak havoc on our nation long before melted glaciers flood our coastal cities, or droughts destroy our farmland. There is a limited supply of fossil fuel available, our need is growing, competition for it from China and other countries is rapidly increasing, and much of it comes from either unstable parts of the world or countries that no longer like us.

What are we doing to prevent the catastrophic, perhaps inevitable danger that our nation will be brought to its knees by a fuel shortage? What did $3 gasoline teach us? The answer to both questions, at least in terms of our leadership, is nothing. We are not demanding our automobiles become significantly more efficient, as this might offend some special interests. We are not investing significant common resources in developing new energy technologies, though we have endless billions of dollars available to attempt a military defense of shaky oil supply lines. There seem to be no end to the dollars available to attempt to delay our day of reckoning, but none to prevent it from coming. Can we not say "no" to special interests who profit from our national insecurity?

In 1961, we determined to take a second-place space program, barely able to lift a rocket into orbit, and bring a man to the moon and back in just eight years. Mission accomplished. Today we already have the capacity to greatly reduce energy consumption while increasing a cleaner supply. This task should be easy compared to the one faced in 1961. As a young man, I shared in the great sorrow of that terrible day when we lost the man who pledged to take us to the moon, John F. Kennedy. Today, I appreciate more than ever how badly we miss his courage.