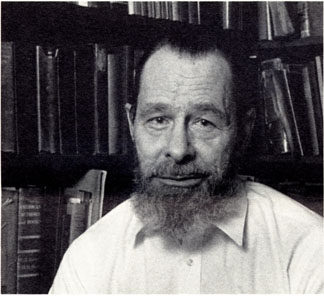 Word was received the other day that a voice in the rare book business has been silenced. The agent of this crime was time itself. The clock simply ran out. For Ken Leach, whose perch was the uncertain climes of Vermont, he apparently decided to leave before the snows arrive; this the famous place where winter fits Emily Dickinson's description, "At birth, death but steps aside a little." The same is true of Vermont winter.

Mr. Leach came by his bookselling honestly. He first sold root beer and then sought something that if not as sweet, was at least as satisfying. At 40 he discovered both success and satisfaction in unearthing buried treasure in New England backwaters and in time, the purchase of two collections made his career. In the 1980's he had years in which he catalogued and sold $100,000 of material. In speaking with me in 2004, there was still a bit of awe in the memory; that he could have done so well purchasing something he enjoyed so much.

Once freed of root beer he became a detective, seeking not culprits but the printed word in obscure places. In his prime, with his wife Elaine, nothing was more satisfying than a trip to Oinonen's or another auction on a Saturday night to test his wits. Steve Finer, of Finer Books, remembers him as "fierce in the auction rooms. He knew what he wanted and why he wanted it. He was single minded, determined." In the book business, with its patina of friendliness, such an approach made enemies.

In 1990 he was sponsored for membership in the American Antiquarian Society by Roger Stoddard, curator of rare books at Harvard, Justin Schiller, an important dealer and Michael Zinman, then and now an important collector. For Mr. Leach, a self-made man whose formal education ended at 9th grade, this must have been deeply satisfying. A month later he changed his will to leave his estate to AAS. Over the years he had sold and continued to sell the society individual items and collections at nominal prices. In his later years he was consistently generous with his gifts, and most recently increased them. His paramount goal was an enduring relationship.

In passing from the scene he passes not away. He stayed around to see his wife through to the end of her life and then seems to have simply relinquished his hold. The AAS inherits his 17 room home which is now mostly empty, the last of his books dispersed at Baltimore Book Auction in 2005 and 6. It is much too early to contemplate if his home will be an AAS retreat or simply sold to permit the society to do what Mr. Leach would do himself, use the money to buy material.

In 2004, many of his catalogues were, with his permission and advice, added to the AED (Americana Exchange Database). This insures that future random searchers will come across material he catalogued and be prompted to click upon the source link where his story will be fresh even as the days pass away.

Mr. Leach was an outsider of sorts. The Antiquarian Bookseller's Association of America [ABAA] of his era was dominated in New England by George Goodspeed, himself a prickly character, and Ken was never offered membership. When later he was welcomed in Worcester by the American Antiquarian Society, he found a home, one he was proud to be associated with. In my discussions with him in 2004 he said he never looked back. But he'll forgive us if we do and remember a piece of New England flint, sharpened to a fine edge, that has now passed on to a place where 80 year olds are young again, the auction rooms are full, and the leads to interesting collections are neatly written on notes stuffed into his wallet; he is in the car and on his way. Heaven was once, and perhaps will again be, the next great find.