Red Stars Over Abe: AbeBooks Goes Live with its Ratings 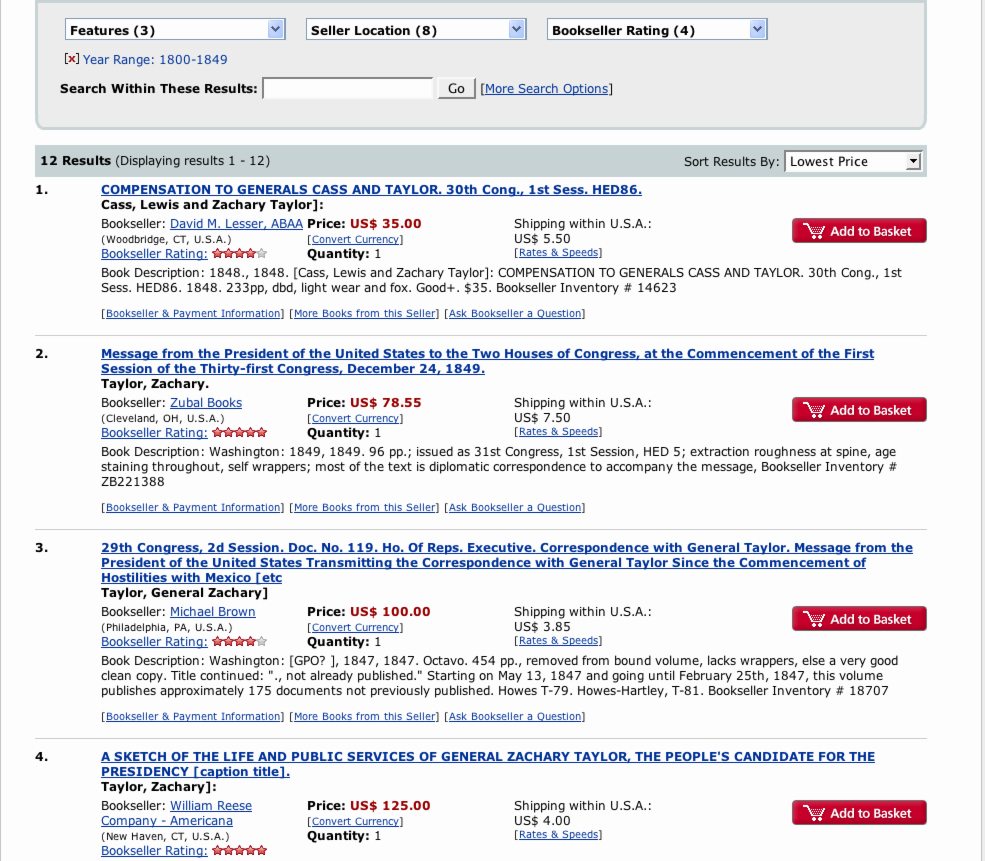 Abe rates its booksellers by number of red stars.

Abebooks finally went live with its Bookseller Rating system last month, and we have heard two reactions from the dealers: so what, and this represents a knife in the heart. There was, theoretically, one other response -- we love it. We say "theoretically" as that response was not a realistic possibility. Booksellers are a tough audience, and besides which, we all tend to express our displeasure vociferously when we are wronged, but say little when we are righted. It's a shortcoming of human nature, but we are almost all guilty.

Most booksellers, as best we can tell, have taken a ho-hum attitude, and this must be to Abe's relief. When the plan for a rating system was originally mentioned a year ago, there was much trepidation among the sellers. Rating systems in use by sites like eBay and Amazon allow customers to post comments, which means a seller can be saddled with ratings that reflect some problem on the part of the customer, shipping service, or site, rather than the seller himself. The customer may have it out for the dealer for some totally unrelated reason, but his negative, maybe even slanderous comments, still stand posted for the world to see. Who wants to take a chance with a seller when some customer claims he's a cheat? It's safer to go elsewhere rather than take a chance.

The result was that when Abe decided to base it's rating strictly on fulfillment rates, much of the booksellers' fear disappeared. Instead of a subjective, possibly grossly unfair rating, the sellers' ratings would be based strictly on a mathematical formula. And, with the percentages used for the stars, most sellers achieve either a four or five (the best) star rating. That is probably reasonable, since most dealers do their job fairly well.

The shortcoming of this system is it really doesn't tell customers very much. Fulfillment percentage probably isn't the major concern on people's minds when they buy from a new vendor. Ethical considerations are more likely the concern. Is this seller honest, will he overcharge my credit card, is the book as described, will shipment be timely, will a refund be made if I return the book -- these are the types of issues that are most likely on buyers' minds, though fulfillment rates aren't unimportant. The major issues really aren't addressed by this rating system.

This leads to the problem that sellers who do not like the ratings have expressed. The ratings seem to say more than they do. All that is shown is "Bookseller Rating" and the number of stars. Sure, if you click on "Bookseller Rating" you will get a complete explanation of the system, that it refers only to "completion rate," or orders minus returns and cancellations. Five stars means 95%+ completion, four 85%-94%, three 70%-84%, two 60%-69%, and one 0%-59%. But, how many people click on this link to read the explanation? People are rushed and generally don't like reading lots of explanations. Many people will undoubtedly look at the ratings, assume they somehow measure a bookseller's integrity, and draw conclusions from them that don't necessarily follow.