Can A Writer Be A Governor? 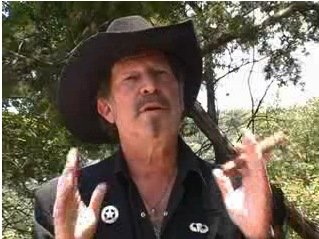 If an actor, or even a professional wrestler, can become a governor, why can't an author? Move over, Arnold. Move over, Jesse. Here comes Kinky Friedman, best-selling mystery writer, among other things. With something like 18 books to his credit, including New York Times' bestsellers such as Roadkill, most of America knows Kinky as a writer. Right now, you can find 3,647 copies of his books for sale on Abebooks. However, in his home state of Texas, this is a later incarnation. In Texas, where country music trumps pieces of paper with lots of words on them, Kinky is a musician. Odd by traditional country standards, he is a country singer nonetheless. And now he wants to be governor.

Kinky Friedman swept onto the Texas musical scene in the early 1970s. It was the era of the "outlaws," a group of country musicians who challenged the rhinestone cowboys of Nashville and Grand Old Opry fame, musicians whose "country" image was molded in recording studio boardrooms of the big cities hundreds of miles away. The best known of those outlaws today are Willie Nelson and Waylon Jennings, but Texas was filled with these groundbreaking musicians in the '70s. Kinky was one of them, albeit not a typical outlaw. He was always more comedian than plain musician, and his unusual musical style and ethnic heritage made him an oddball. Nevertheless, Kinky Friedman and his Texas Jewboys were a Texas icon in the 1970s outlaw and Austin scenes. He may have been strange, but Texas appreciated its unique characters, people who proudly displayed their Texas individuality.

In those days, Kinky was known for songs such as "Get Your Biscuits in the Oven and Your Buns in the Bed," "They Ain't Makin' Jews Like Jesus Anymore," and "@sshole from El Paso." The latter was a take-off on Merle Haggard's popular "Okie from Muscogee." If nothing, Kinky was never politically correct. But that was a long time ago. Texas began to change in the 80's. It became more the Texas of the smash TV hit series "Dallas," than of its cowboy outlaws. Most of the outlaw musicians were driven deeper underground, ignored by the mainstream. Kinky continued to sing, but he also began to write. In time he would become the Kinky Friedman most know today, a slightly eccentric mystery writer, successor to Shakespeare more than Mozart. In 49 states, Kinky Friedman is primarily an author. In Texas, he is still Kinky the Outlaw.

I got to see Kinky Friedman in Dallas a few weeks ago. He wasn't singing; wasn't talking about books. He was speaking in front of a hundred or two hundred students at the University of Texas at Dallas. His main purpose was to gather signatures for his gubernatorial petition. Kinky is not running as a Democrat or Republican. He is, as always, an independent thinker. However, it is not easy for an independent to get on the ballot in Texas. The candidate must gather reams of signatures from people who did not vote in the last primary. The candidate points to the difficulty of the process by noting that the last independent to be elected Governor of Texas was a man named Sam Houston. Historians will recall that was a long time ago. And then, poor Sam was driven from public office for his opposition to secession at the outbreak of the Civil War.