What are old books telling us about the future? 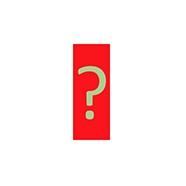 Not so much.  Transactions+ is the history of printed paper at auction and it’s tough for new terms to break in.  Covid is still very new and there are only 336 appearances of the estimated 2 billion words in this database so far.  In time Covid collections will enter into the auction rooms and fresh references will pile up.  For me, that will be left to future hands while I continue to mask-up and keep my fingers crossed.

Other terms are literally dying out.  Five hundred years ago plague and pestilence were probably front page stories too and we can tell the number of appearances is declining, as pestilence weighs in at 594 and plague at 8,052.

Other trends are holding.  References to major publishing locations are still increasing:

In time there will be places on this list we’ve never thought about.

As to subjects that appear in Transactions+ they appear to be the raw material of a serious study.

Another way to challenge Transactions+ is to run these two searches:  religion and science.  Religion wins big with 1,253,081 while science has a respectable showing with 304,075.  I assume science will be gaining ground week by week into the future.

And finally two silly ones:

To personalize your experience run your own searches.  Transactions+ is a mirror.