Downsizing: Are We Defined By What We Throw Away? 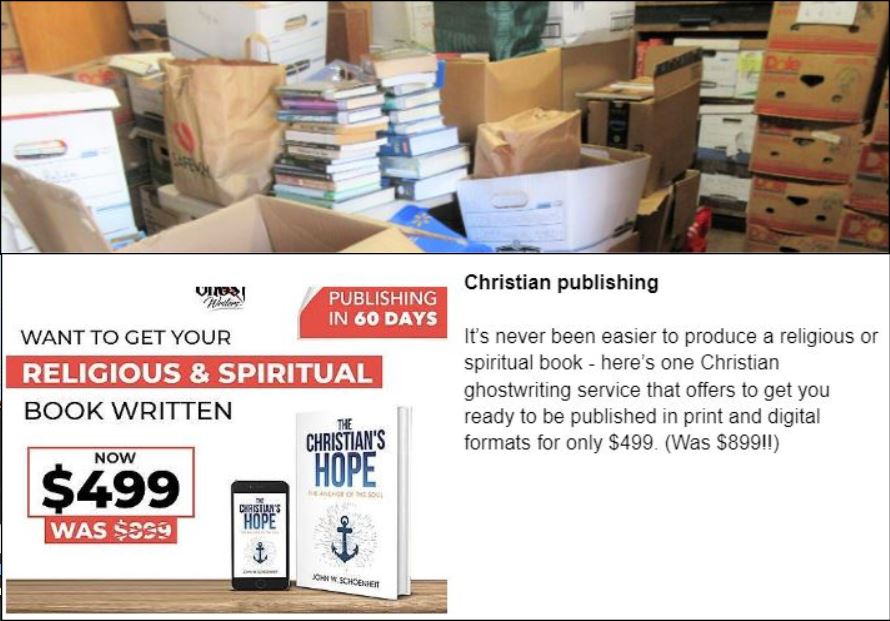 “Are we defined by what we throw away?”

Doubtless you’ve noticed the rise of “decluttering” as a worthy goal; the minimalist life with few possessions is the obsession of the moment. Go for the “experience” and rid yourself of “the stuff” is our new mantra. All over the country we are ruthlessly cleaning out our closets and shelves and discarding possessions that, in the words of best selling author Marie Kondo, “do not inspire joy.”

According to her Wiki, Kondo has written four books on organizing, which have collectively sold millions of copies around the world. Her book The Life-Changing Magic of Tidying Up was a best-seller in Japan and in Europe, and was published in the United States in 2014. She followed that up with a Netflix series in 2019. The result was that an awful lot of “no-joy” stuff went out the door.

As a person who usually leans toward the other end of the spectrum, especially where books are concerned, I didn’t exactly embrace the “throw it out” trend. I’ve always had too many books. They’ve mostly brought me joy, and you won’t be surprised to learn that I have a hard time letting go of them. Despite my best intentions to have fewer, there are usually more, sometimes a lot more, on the way.

In this vein, I signed on as a volunteer at a local non-profit that takes in donated books and resells them for the benefit of the community. I work one morning a week in their old dusty warehouse going through the bags and boxes of books, magazines, DVDs, CDs, old format audio and video tapes and a variety of other goods, including games, jigsaw puzzles, diaries/journals/notebooks, instructional materials, workbooks, posters, greeting cards, bookmarks and you know,.... anything else on paper.

I have a partner at the warehouse: I sort by category, she packs. We get along well; she is stronger and taller than I am and we both work like demons. Each week we leave the area neat and tidy. Like some bookish version of Groundhog Day, when we come back and unlock the door there are more, MORE, M-O-R-E donations of things readers once wanted, but now believe they can happily live without.

At first I didn’t pay too much attention to what was coming in, always confident in this glut of printed material (strong on popular hardback fiction, romance paperbacks and self-help)l there might be an overlooked jewel or two; a good edition, an oddball variant, someone’s vintage photo album or recipe collection. Eventually there might be something interesting, old, scarce, dare I say even rare?

Well no such luck. Much of what I see is dreck, worth 50 cents on a good day, and mostly published after 2000. It’s not old, it’s not valuable and it just keeps coming. I started to make a mental list of what people are giving away and what’s included might surprise you.

Some of leading categories in the “I don’t want it anymore” department are:

Books on health, remedies and disease: We see a steady stream of books about “natural” cures derived from weeds, berries, herbs and flowers to which is usually added some combination of apple cider vinegar or baking soda (sometimes both). Many of them are self-published, and they are frequently three inches thick. Likewise there are all kinds of books on cures for physical health - everything from breast cancer to runner’s knee, and even more books on mental or behavioral health - attention deficit disorder, and a huge array of titles about anxiety and depression (cures, advice, affirmations, ruminations and case studies on how to beat it).

Books on woo-woo spiritual practices also known as New Age: including wicca, astrology, runes, ley lines, palmistry, crystals, tarot, remote viewing, with forays into essential oils, cosmic rays, occult, channeled memoirs, Seth and the like, with here and there an imprint from a swami or guru printed in India.

Cookbooks: I had no idea so many cookbooks would end up in the “I can live without it” pile. I’d always thought of cooking as a genre that stayed put on the shelf. I personally have a copy of the Joy of Cooking covered with gravy stains and a Moosewood held together with old tape and sporting grains of old tabouli sticking to the pages. Both these volumes feature countless clippings of recipes I will someday try, interleaved between the pages. There are also clippings of recipes I use all the time, such as how to make original Toll House chocolate chip cookies. I taped it to the fly in 1976.

But no, holding on to your old cookbooks apparently is not a thing any more. Any number of people have happily parted with Irma Rombauer, and the same goes for Betty Crocker and Better Homes and Gardens. It goes double in spades for extra illustrated oversized volumes featuring dreamy color photos of dishes from Tuscany, Provence, or the vineyards of France. These are what we used to call coffee table books, big books, big cookbooks, big wine books, big big books of slow cooker recipes. The same goes for celebrity chefs, vegan diets, athletes who write about grilling, spin offs from cooking TV shows – out, out, out.

Perhaps the most discarded cookbook of all time is “In the Kitchen with Rosie: Oprah’s Favorite Recipes.” It was first published in 1994, it’s still in print and still shows up in the donation pile in an unending stream. Amazon lists 610 copies Used from $0.01; 103 New from $0.50; 23 Collectible from $2.00 - this is truly the queen of “I don’t want it anymore” food books.

Children’s books are a little different: People donate lots and lots of children's books - all sizes, shapes, conditions, subject matter and ages, but this material seems to be less about rejection and more about, “We enjoyed it, but my kids have moved on and I hope someone else’s children will benefit.”

Again there is little material older than the late 20th century, but there is a surprisingly broad range of content: fairy tales, picture books, classics, fiction, non-fiction, lots of natural history, how-to, crafts, science projects (especially screwy science projects), series paperbacks, superhero comic book and media spin offs, and increasingly tech oriented books for the very young (It’s no longer about Baby Einstein and teaching your two year old to read; now they need to know how to code, or do sign language when they are pre-verbal). There is also a steady stream of books on pregnancy, parenting, baby names, home-schooling and related instructional materials.

The young adult section seems to have expanded since I last looked at this genre. All those kids who bought American editions of Harry Potter are now adults, but I suspect it is their parents who have overwhelmingly decided on their behalf that they don’t need these books any more. It is not uncommon to get four or five Potter titles at a time, all in dust jackets.

(Just a reminder, there are seven Harry Potter books. The first UK edition came out in 1997, followed in 1998 by the first American edition. Author JK Rowling kept popping out new installments at regular intervals until 2007. There are said to be more than 500 million copies of the series in existence and each volume seems to have been translated into every known language and endlessly adapted to film.)

For obvious reasons we see lots and lots of copies. Most of the hardbacks come in in pretty good condition. The paperbacks on the other hand have been ridden hard and put away wet. You can tell that somebody out there really got into the story and covered the pages with nice grubby fingerprints, turned down page corners to mark their place, and a cracked spine for good measure. When it comes to paperback Potter, the kids didn’t read these books, they practically ate them.

Chirstianity, God, Jesus and all their derivatives: This is by far the largest category of discards. It outnumbers every other category of donation by a factor of easily three or four to one.

I am overwhelmed by how many different kinds of Christian religious books there are and how they come in. Some are an odd volume here and there tucked in a bag or box among other subjects like fishing, and household hints, or visiting the Grand Canyon. But more often they come in by the carton, all flavors of Christianity, and nothing but. Who buys and reads these books? Well I’m clueless, but I can tell you we have them in boxes stacked to the ceiling.

I am not on site when the donations are accepted, so I can not tell if they are from churches weeding out their libraries, or from individuals who are heavily invested in their personal religious experience, but I have a strong hunch that at least some of them have been cleared out to make room for even more (but newer and different) books with a Christian orientation.

This suspicion is backed up by a post I recently saw from Lawrence Hammar on Facebook. (See photo) It showed an advertisement aimed at would-be authors of Christian spiritual advice and boasts that for one low fee of $499 (Was $899!!) you too can produce your own volume in 60 days in both print and digital formats. I also suspect that there are many readers of Christian material who privately believe they have a spiritual bestseller waiting to be born if only they knew how to get it down on paper.

On any given day in the warehouse I will see multiple Bibles (mostly New Testament) and collections of Psalms, also scriptural interpretation, hymnals, and many conventional (Catholic, Baptist, Methodist, LDS, Lutheran, Jehovah Witness) meditations, study guides, pastoral counseling, Bible stories for the young, advice to and from the clergy, also religious art and its significance, concordances, and a very few genuinely scholarly works. There are also a significant number of Christian themed books in languages other than English, including German and Japanese.

To my surprise there is not a hard line between Christian and New Age titles; so there are also books where Jesus receives messages from the void at higher frequencies, and other unlikely combos such as the Book of Revelations populated with zombies. I don’t know who writes, reads or believes these books, but I can testify there are many. We have neatly boxed them up. Will they ever see daylight again? That’s not my department.

So, to return to the question: “Are we defined by what we throw away?”

I am clearly on the fence.

When someone donates a box full of Bibles I somehow doubt they have renounced their faith. But then, who knows? Is the motivation to empty your house of the Holy Word? Or is it to have cleaner, newer, nicer Bibles? Or perhaps these days you are reading all your Scripture online and discarding the ones you have because they are big, old fashioned, low tech, take up space, gather dust and attract bugs.

But this I can say for certain, religious or secular, fiction or nonfiction, hardcover or paperback, there are very few treasures in what is given away. The intellectual level of most of what passes through our hands confirms that the dumbing down of what the average person reads is real, especially in the humanities. Though there is still a wide assortment of broad general interest coming in and going out, as far as good stuff, either intellectual or monetary, it’s pretty thin soup.

NB: On Dec. 19th the Washington Post  published a broader view of  the subject of disposing of books that are no longer wanted. Link at: https://archive.vn/j6nCi