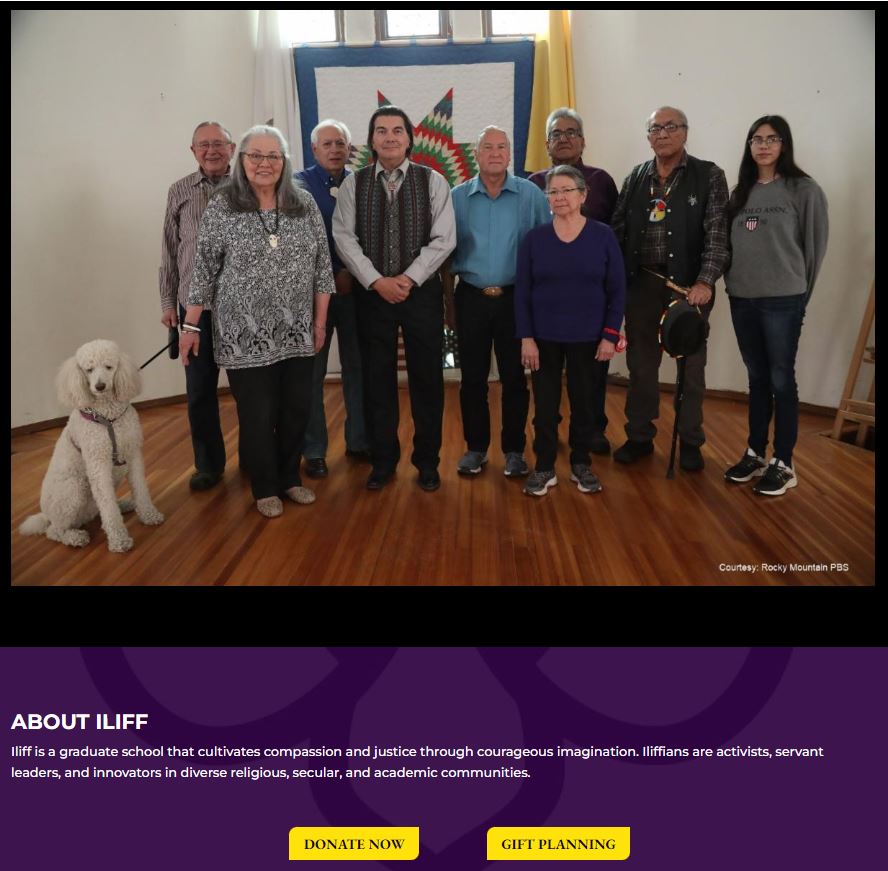 Historic wrongs are impossible to undo. The past cannot be changed, only the future can be made better. A recent story from Rocky Mountain PBS highlights a case that ties to books in a most unpleasant and gruesome way. It relates to the grisly practice of binding books in human skin.

This practice, while hardly common, is not of monumental rarity either. There is even a term for it, “anthropodermic bibliopegy,” which means it must be more common than it has any business being. It goes back several centuries. Most cases seem to arise from two events. One is of physician/book collectors, having access to human bodies because of their deaths from natural causes, using the skin of a deceased to bind a prized book. Why they thought this was a good idea is hard to comprehend, but it doesn't appear there was malice toward the dead involved, just some kind of incomprehensible desire for unusual book bindings.

The other case is the use of the skin of criminals. Here there was malice, though the malice is understandable as these were generally murderers. Sometimes accounts of their crime were the books bound in their skin. Still, the appeal of owning such a book is hard to understand. Then there is malice combined with evil. The Nazis, semi-humans of extreme evil, used human skins, perhaps not so much for books but for lampshades and the like. What thoughts motivate people like this is way beyond the understanding of people with a shred of humanity.

This brings us to the case before us, a deeply religious institution possessing a book bound in human skin. Somehow, they never saw the contradiction until many years later.

The exact history of this book is not certain, but its apparent history, according to George “Tink” Tinker, a native American and Professor Emeritus of American Indian Cultures at Iliff School of Theology, is that the binding was created by “General” David Morgan, aka “The Great Indian Fighter” on the frontier of what is now West Virginia. This is based in part on an inscription inside the book. Morgan and his brother were founders of Morgantown, West Virginia. David Morgan obtained title to a large tract of land from American authorities, but not from the natives who had possessed the land for countless generations. There were skirmishes between the dispossessed Indians and Morgan and apparently one of those Indians whom Morgan killed ended up having his skin used for this binding. This must not have been something new as, according to Wikipedia, Morgan was once gifted a shot pouch made from the skin of an Indian he had killed. In his Bible, Morgan wrote that he had killed seven Indians. This Indian victim was a member of the Lenape, also known as Delaware, tribe. Morgan died in 1813 so this binding would have been created no later than that date.

Tinker believed the book remained with Morgan's family after he died. According to a Rocky Mountain News article from 1934, Morgan gave it to Dr. William Barns, a friend and a relative. It was then passed down to R. M. Barns, a Methodist minister. In 1893, he donated it to the Iliff School of Theology, an offshoot of the University of Denver that had just been founded the previous year.

So there it stayed, for decades on decades. It was prominently displayed in a glass case in the library, a place of honor, something to be proud of possessing. According to that Rocky Mountain News article, “An Indian warrior's skin, finer than the rarest vellum, forms the binding of an ancient book, 'The History of Christianity,' one of the most treasured relics in the library of the Iliff School of Theology of Denver University.” Christian history has its high points and its low points. Presumably, the text recounts the highs, the good it has done, the cover the lows, the evils perpetrated in its name.

The book remained in its place of honor until the incongruity of it all was noticed. It was not noticed by trustees, administrators, faculty or staff. It was the students who first realized there was something terribly wrong with this. This was 1974 and Iliff's officials finally removed the book from display before protests from AIM (American Indian Movement) and others made its presence untenable. They next excised the cover, gave it to the American Indian Movement for burial, hid the remainder of the book in a safe and demanded silence about the whole story from school officials, for fear it would hurt fundraising. The silence has endured for years, Iliff only recently realizing they had to deal with the remainder of the book and its legacy.

Now, finally, Iliff is trying to make amends for this history. In 2019, the first meeting was held between Iliff officials and a group of Native Americans. The current President, Rev. Thomas Wolfe, has decided it is time to be honest about what happened, listen to Indian representatives, and proceed in an honorable way. Iliff representatives met with a group of Lenape Indians earlier this year, the latter putting forth their conditions before they accept the book for a resolution acceptable to their community. Among those expectations are that Iliff commit to maintaining a permanent relationship with them, create an endowed professorship filled by an Indian scholar, add a course to their curriculum concerning how earlier church doctrines led to the abuse of natives in the New World, and creating a memorial and an interpretive center. It appears that Iliff will move forward in meeting these requests.

As we said at the beginning, historic wrongs are impossible to undo. Iliff, by its actions, may do an exemplary job of ameliorating the wrong, but as offensive and disturbing to Native Americans as their behavior has been, it was not unusual for its era and this wrong, in the grand scheme of things, is small. Iliff didn't kill the Indian nor defile his body. More significantly, this ugly instance of acceptance of defiling a body hardly describes the level of wrong done to America's natives, or the continuing suffering arising from that behavior in an earlier time. It is a pinprick compared to the slaughters that were perpetrated on the Indians to remove them from their homeland. That is the more serious wrong, as was the theft of their land, the stealing of their way of life, both by taking away the land that supported them or the forced re-education of their children in missionary schools to make them more like whites.

This, too, cannot be undone. It is impossible to return their land with over 300 million outsiders now living on it, so far removed from their ancestors' homeland they have no place to which to return. Nor can Indian culture ever return to what it was at the time whites arrived, it is so changed from what it was centuries ago. The map no longer looks as it did before the Pilgrims arrived much of any place in the world today. It is no more practical to expel the non-natives than for Britain to expel the Angles and Saxons living there today.

Neither is it fair to assume that this sort of terrible behavior is limited to whites or white European culture. Indians fought and committed wrongs against other Indians before and after the settlers arrival. Black African tribes cooperated with slave traders capturing Black Africans from other tribes. Chinese abuse of Uyghurs is a crime going on today. Nazis were white. Today, white Russians are killing white Ukrainians in something that looks more like genocide everyday. Horrific mistreatment is not limited to any race other than the human race.

What whites today should justly feel shame for is the fact that the descendants of past abuse still suffer the consequences. A large percentage of Indians today live in poverty, alcoholism a major problem for a people who feel they have little chance of improving their lives or the reservations that represent a tiny fraction of the land that once belonged to their ancestors. Their situation is similar to that of African Americans, who, though now free, can be found living in the poorest neighborhoods of every significant city in America without exception. Those wrongs have never been undone nor sufficiently ameliorated. And these days, the rumblings of racism are again growing stronger, not fading into the past.

Whites have had the upper hand for at least five centuries in the world and it is not clear that they have done more wrong than any other race in that position. Their shame is that having the power to change man's inhumanity to man so common in the world, they have failed to do so. They have failed to seize the opportunity to do what Christianity and other religions have commanded of them. Mission unaccomplished.

* Note: The picture of the Native Americans and Iliff representatives is nice, but did Iliff have to use it for fund raising? In fairness to Iliff, they use every page on their website for fund raising, but still, the desire to raise funds was part of the problem, not the solution. A little more respect would be in order.