What Are the Most Borrowed Books of the Last 125 Years at the Brooklyn Library? 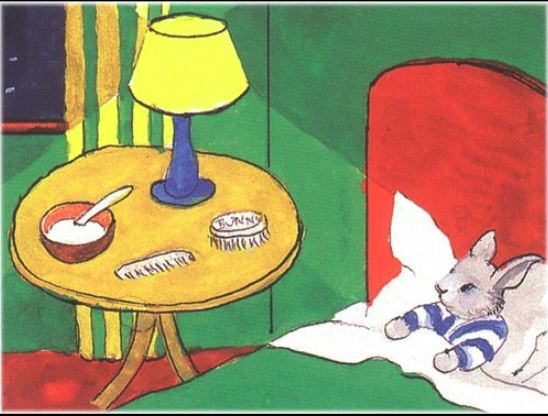 A comb and a brush and a bowl full of mush. Goodnight, moon.

The Brooklyn Public Library is celebrating its 125th anniversary, so you can be sure a lot of books have been borrowed from their collections. They looked back on that and created a list of the 125 most borrowed books in their history. To make a list like that, the books must have either stood the test of time, or have become extremely popular very quickly. There are some of each on the list, though most have at least a few decades under their belt.

So, what sort of books do you expect to see on this list? Great works, like Shakespeare? Great American novels from writers like Steinbeck, Hemingway, Twain? Maybe those romances that seem to dominate bestseller lists most of the time? Off-color, racy books that so many people like to read or admire their pictures? The answer is none of the above. The most borrowed books are the most harmless. The list is dominated by children's books. Dr. Seuss can be found on this list an amazing 17 times. These are the books that people of all ages love.

Now, here are the top of the top, the top 20 most borrowed books from their list of 125.

20. Goodnight Moon, by Margaret Wise Brown, illustrated by Clement Hurd. How is this not number 1? Everyone has read this book or had it read to them. Everybody.

18. Fox in Socks by Dr. Seuss. If a fox in socks is in a box with blocks and clocks... Now you remember!

17. The Tiny Seed by Eric Carle. It doesn't stay tiny for long.

16. The Great Gatsby by F. Scott Fitzgerald. This one is not for the children. 23 skidoo all you kids, this is only for decadent rich men and flappers.

15. The Little Prince by Antoine de Saint Exupéry. You never know what you might see if your airplane crashes in the Sahara Desert.

14. Charlotte's Web by E. B. White. Of spiders and pigs, and, especially, Charlotte.

13. The Very Hungry Caterpillar by Eric Carle. You have to eat well if you want to grow up to be a butterfly.

12. Lord of the Flies by William Golding. What do the kids do when they aren't supervised by adults? You don't want know. This book about children is no children's book.

11. Green Eggs and Ham and Sam-I-am. You can eat them with the fox in socks in his box. Another Dr. Seuss book.

10. Little Women by Louisa May Alcott. Four young ladies in a book I never read. The audience was little women too.

9. To Kill a Mockingbird, by Harper Lee. America's original sin was over two centuries old and alive and well when this book was published in 1960. Six decades later it still is.

8. The Adventures of Huckleberry Finn by Mark Twain. This is one I did read, of course. This book has been called “the great American novel” and I agree.

7. Naruto: Volume 1 by Masashi Kishimoto. I know nothing about this book.

6. Wuthering Heights by Emily Bronte. One of the romance novels by one of the creative but star-crossed Bronte sisters.

5. Are You My Mother? by P. D. Eastman. A baby bird wanders off in search of his mother, with a few wrong turns along the way.

4. A Christmas Carol by Charles Dickens. A merry Christmas to all! Bah humbug.

2. The Snowy Day by Ezra Jack Keats. A boy outside in the city on a very snowy day. The protagonist was an African American boy, daring for 1962, as Harper Lee realized.

1. Where the Wild Things Are by Maurice Sendak. You never know what may be hiding in your bedroom.

The complete top 125 most borrowed books from the Brooklyn Library over the past 125 years can be found here: www.bklynlibrary.org/125/most-borrowed