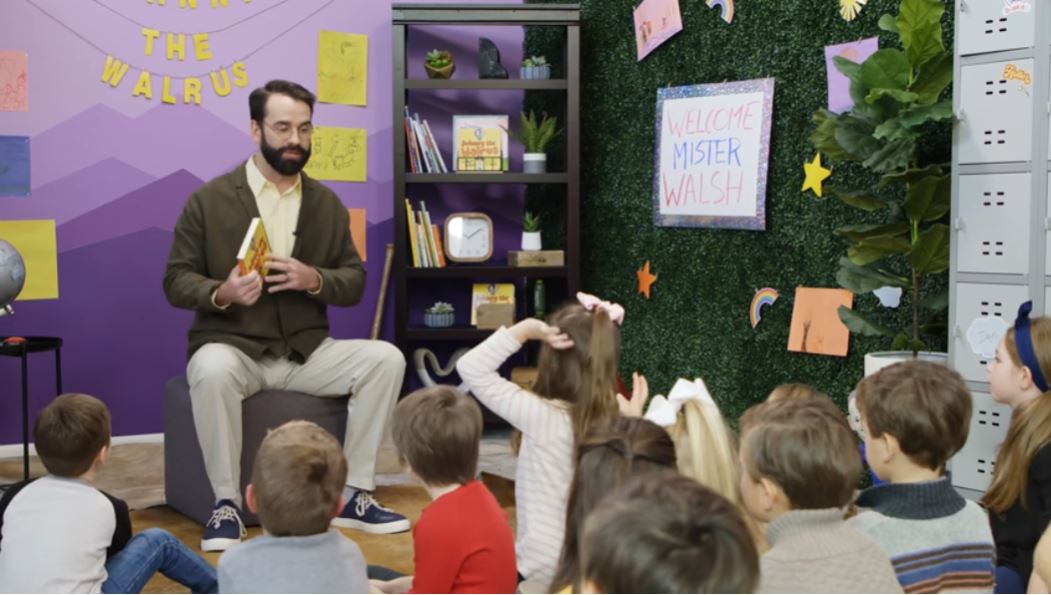 The book banning epidemic took a turn for the worse when one library tried to deal with the issue by providing some twisted form of balance. The Wake County (North Carolina) Public Libraries have had to deal with requests and demands to remove books recently. Usually, as elsewhere, they relate to LGBTQ issues. They have acquiesced with some requests, reviewed books, set up a review procedure, denied some requests, reinstated books temporarily removed. The library has obviously tried to deal with the difficult situation in a reasonable and fair way. However, one decision, which may or may not have directly resulted from this issue but is clearly tied to it now, was made last summer when they added the book Johnny the Walrus to their collection. Written by anti-LGBTQ transphobic activist Matt Walsh, it is a “children's book” designed to mock trans children, a small and vulnerable group dealing with issues that make their lives enormously challenging already.

Johnny the Walrus is written like a typical silly kind of children's book. It is not. It is a book designed to instill the author's prejudices into the minds of little children. The story is about a little boy, Johnny, who pretends he's a walrus. He dresses to look like a walrus and puts wooden spoons in his mouth to look like tusks. For some reason, the “internet people,” whoever they are, force his mother to decide whether he is a boy or a walrus. They pressure her into feeding Johnny worms and to take him to a doctor who will saw off his arms and feet and turn them into fins. It takes very little imagination to know what Walsh is alluding to here.

Anyone who knows, or cares to know, what life is like for a trans person is aware that all this is garbage. Being trans is nothing like pretending to be a firefighter or a movie star, let alone a walrus. It is a painful journey to recognizing yourself. There is nothing easy or fun in feeling like you are someone different from how the world sees you. It takes years of self-doubt to reach such a point. And, there are no doctors who saw off parts of little children because their mother walks into the office and asks them to. That is a long process with lots of counseling. Nor are there any mothers doing such things anyway. This is only something that arises in the mind of a very twisted, sick and hateful person.

Of course, young children won't understand what's going on here. To them it will appear like some sort of wild fantasy, not to be taken seriously. There is a video of Walsh actually reading his garbage to a group of young children who think it is funny, though even they squirm and look uncomfortable when he talks about sawing off limbs. Apparently, he was not able to control his hate when he got to writing that part. No, the children won't understand now, but if Walsh achieves his aim, it will lead to their developing contempt for those who are different as they grow older. Walsh, who likes to talk of “groomers,” is grooming kids to be haters, turn them against their classmates. He is the ultimate child abuser.

But what of the Wake County Library and its well-meaning librarians, concerned about the issue of freedom of speech? Freedom of speech is extremely important, but there are limitations as expressed in the classic example that you can't yell “fire!” in a crowded theater. Why not? Because that spoken word could lead to people being trampled, injured, even killed. This is not a matter of a free exchange of ideas. It is an attempt to put others in danger.

An obviously uneasy library manager, Kate Taylor, offered a justification for including a book which, as she said, she would never read to her children. According to Indyweek, she said, “It presents an ‘alternative point of view’ to the more mainstream one that we present elsewhere in the book collection... It is very uncomfortable to be in the position of defending a book’s inclusion in the collection when its content goes against my values—but here we are, and it’s the price of the freedom to read.”

No it isn't, though it is understandable she would think so. Neither is it an “alternative point of view.” It goes back to the case of “fire.” Hate, violent and threatening words are not examples of free expression or alternative points of view. They are what the sound like – hate, violence and threats. They are not a source of debate, petitioning your government, exchanging ideas, even controversial ones. They do not need to be balanced by opposing “ideas.” We only need to look at a few other examples to understand why. If a library has a book about a handicapped child, perhaps in a wheelchair, must a library also have a book making fun of people who are handicapped? If it has a book decrying bullying must it have one encouraging children to bully others? If there is a book warning children how to avoid pedophiles must there be a book endorsing pedophilia? Must all the anti-drug lessons be balanced with ones encouraging children to use drugs, the consequences be damned? On a grander scale, must books condemning the 9/11 killings be balanced with ones expressing Osama bin Laden's "point of view?" Must a book supporting the allies victory over the Nazis and condemning their atrocities be balanced with a copy of Mein Kampf? There is a difference between free speech and incitement to hate. So, Ms. Taylor, your instincts are right and good. You need not justify the harm Matt Walsh seeks to inflict on vulnerable children in the name of free speech or balance. You have devoted your life to helping children. They need you. Don't let the likes of Matt Walsh deter you from your righteous mission.