Hey Book Dealers, you’ll have one more list to check 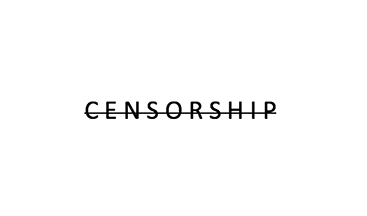 The State of Pennsylvania is second and probably will eventually be No. 1 in what are book bannings at the school district level unless Iowa, Florida and Idaho’s irate parents beat them to it.  It turns out the religious right is insisting on telling you what your children can read. It’s called censorship.

The Central Bucks School District in Pennsylvania recently passed a new book-removal policy by a 6-3 vote Tuesday evening.  This policy allows just one adult – be it parent, guardian, or community member, whoever – to challenge a book simply “on the basis of appropriateness” and have it eventually entirely removed from district libraries.  What could go wrong with that?

Given that standing is broadly offered, and because most library holdings are publicly accessible, who is to say this new openness to censorship won’t lead to challenges to the Bible whose blood-soaked prose may offend some.

Or, for the politically minded, the constitution in its earliest iteration that counted slaves as six tenths of a white man.

Or , for the openly racist, can they object to all books mentioning Blacks and the sons of the Dominican Republic, who dominate major league baseball today.

For reference for the literate, the Roman Catholic Church organized a list of banned books, the Index Librorum Prohibitorum in 1559.  Science, philosophy and fiction were targeted and in time included:

The Count of Monte Cristo by Alexander Dumas

On the Revolutions of the Heavenly Spheres by Nicolaus Copernicus

The Hunchback of Notre Dame by Victor Hugo

The Index Librorum Prohibitorum was abolished in 1966.

People have long objected to some content but the idea that a single individual’s objection can clear a school’s shelves sounds eerily close to the appointment of a or the Fuhrer.

In the dark these two words sound similar:  democracy or dumbocracy.

Irrespective of your political views, be voting during the primaries and general elections.  If you don’t defend your rights, expect to lose them.