Is Violence Coming to Libraries? 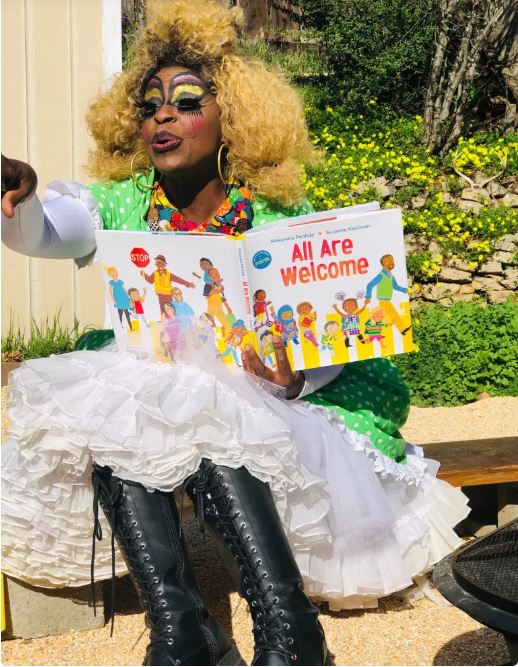 These are trying times in America. There is anger, hate, violence, and threats on a level I've never witnessed before in my long life. Still, I was not prepared for this statement recently published by the ALA (American Library Association). The headline reads, ALA Condemns Threats of Violence in Libraries.

Violence in libraries? Aren't libraries a shelter from the storm? I have always thought of libraries as a peaceful, quiet, and safe place, a place where people go to read, maybe converse quietly. They are a place for readers, generally thinking people, not those intent on inflicting violence upon others. Those aren't the type of people you expect to find in libraries, unless maybe they hope to find a book on bomb making so they can hurt a lot of people. What is America coming to?

It is best to let the ALA speak for itself, so here is their full statement.

“In response to the alarming increase in acts of aggression toward library workers and patrons as reported by press across the country, the American Library Association Executive Board released the following statement:

“The American Library Association condemns, in the strongest terms possible, violence, threats of violence and other acts of intimidation increasingly taking place in America’s libraries, particularly those acts that aim to erase the stories and identities of gay, queer, transgender, Black, Indigenous, persons of color, those with disabilities and religious minorities.

“ALA stands with our members, all library workers and those who govern libraries who courageously face down threats to their personal and professional well-being because of their efforts to celebrate diversity and foster inclusion in their communities, in the belief that every human being deserves respect and dignity. ALA stands shoulder to shoulder with our LGBTQIA+ colleagues and other library workers who are disproportionately harmed by these attacks. ALA calls upon all library workers to support their colleagues and reaffirm our shared commitment to equity of access to information for all communities.

“ALA stands with community members, whom local libraries exist to serve, especially those library users whose stories hatemongers would wish to erase. The message of libraries, and of ALA, is one of welcome for people everywhere who believe in the peaceful exchange of ideas. Libraries are committed to the upholding and defending the core values of inclusion and free and equal access to ideas and information, which are essential to an informed democratic society. Threats of physical harm and harassment are not, and never have been, protected speech.

“America’s libraries are there for communities: communities must be there for libraries. ALA calls on community leaders and elected officials to stand with libraries and others who promote the free and democratic exchange of ideas and to stand up to those who would undermine it.”

What seems to have caused most of the threats against libraries is something called “Drag Queen Story Hour.” First, for those uncertain what a drag queen is, we turn to the experts in definitions, Merriam-Webster. They define “drag queen” as, “a person and especially a man who performs as an entertainer in usually female drag.” As for drag, they define that as “stereotypically gendered clothing worn by someone who is of a different gender.” Or, in plain English, a “drag queen” is someone, usually male, who dresses up in exaggerated, even outlandish women's clothing and make-up.

What then is a “drag queen story hour?” We will let Drag Queen Story Hour explain (it is actually a group, not just the name of an event): “It’s just what it sounds like! Storytellers using the art of drag to read books to kids in libraries, schools, and bookstores...In spaces like this, kids are able to see people who defy rigid gender restrictions and imagine a world where everyone can be their authentic selves!” So, they are usually men (but may be other genders), outlandishly dressed as women, who come to a library or other location and read stories to children. Is that threatening? Apparently some people think so. Libraries have been picketed, threatened, even invaded for holding these. It has not only been the work of “crazies,” but sometimes government officials have participated in attacks and attempts to stop these events. If history is any guide, the day will come when this turns to physical violence. Hate usually leads to this.

Some people, especially older ones, who grew up in earlier times, may find this a bit jarring. Why do we have storytellers reading in drag? Their aim is twofold. One is to encourage a love of reading among children. With their outlandish costumes and behavior, children find them entertaining, fun, not threatening as some adults apparently do. It encourages kids to think of reading as fun, not a chore. Secondly, it teaches children that it is okay to be different or have friends who are different. While the group they most closely represent is the LBGTQ community, the acceptance of differences, in yourself or others, also applies to racial, ethnic, religious, gender, and other differences among us. This is what some people fear the most. Hate does not come naturally to children. It needs to be taught. Adults who hate often teach their children to hate. Teaching them to love and accept is something that haters hate.

So more power to Drag Queen Story Hour, even if it is an unorthodox way to teach good lessons. Kids love the outrageous, even if adults lose that spirit they had when they were young. As Drag Queen Story Hour says, it allows kids to “imagine a world where everyone can be their authentic selves!” That is something to embrace, not fear. But, we still need to heed the ALA's warning, “America’s libraries are there for communities: communities must be there for libraries.”