Who Gets John Adams' Library – the City of Quincy (Massachusetts) or the Boston Public Library? 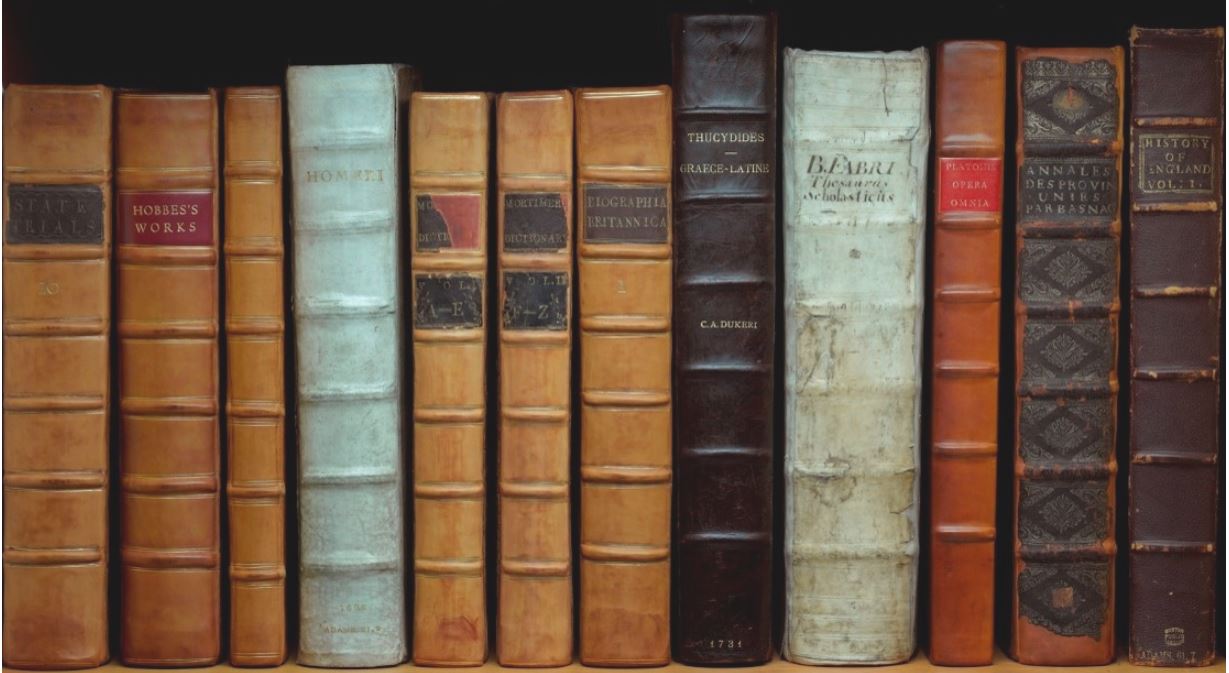 A shelf of books from John Adams' collection at the Boston Public Library (from BPL's website).

A conflict may be brewing over possession of what the Boston Public Library calls “one of the largest colonial American libraries still intact.” It is the library of the second President of the United States, John Adams, one of the nation's founders and an avid reader. It contains approximately 3,000 volumes, mostly from the President's collection, along with some donated by family members. Adams left the books to the people of Quincy, Massachusetts, his hometown, but since 1894, they have resided at the Boston Public Library. Therein lies the rub.

When Adams died in 1826, he left his books, some land and money, to Quincy. The land and money were to be used to build a church and an academy in that order. The first instruction was followed in quick order. The United First Parish Church, of the Unitarian Universalist denomination, was built in 1828, just two years after Adams died. Adams, his wife Abigail, and son and President John Quincy Adams and his wife, Louisa Catherine, are buried in the church's basement.

It took a bit longer to build the academy. Adams left money to build it, but not enough. It took many years to raise sufficient funds. It was finally completed in 1872. For a few decades it prepared students for college, sending many to Harvard, but it competed against other private academies and then public schools. It closed in 1908. The town then leased it out to various organizations. Since 1972 it has been leased by the Quincy Historical Society.

The final part of the bequest was the most difficult. Quincy did not have a very suitable place to keep such an important library. In 1894, the collection was placed with the Boston Public Library. The Boston Public Library, on its website, describes the collection as having been “deposited” with them. The decision to move the books to the Boston Library was made by Charles Adams, Jr., great-grandson of President John Adams, grandson of President John Quincy Adams.

Two years ago, Quincy Mayor Thomas Koch announced that the town planned, long range, to build a center to recognize its two favorite presidential sons. The plan was to use the site of the old Adams Academy. You might think there would be an Adams presidential library, but presidential libraries are a more recent development, the first being that of Herbert Hoover. Some communities of earlier presidents have built their own centers to serve as quasi-presidential libraries and Quincy is looking to join those ranks. As home to two presidents, it surely ought to have one.

At the time, Mayor Koch informed the Boston Public Library of their plans but apparently never received an official reply. A short time ago, Mayor Koch announced the formation of a non-profit foundation to raise money, design and build the Adams Presidential Center to honor the two presidents. He said they are still in the “infant stages” of the process but it is now underway. He also said that he has asked the Boston Library to return the books, though the building of the center is not contingent on receiving them. However, he believes the new center will be able to adequately maintain the library and sees it as a focal point of the new center.

How will the Boston Public Library react to the Mayor's request? They have not spoken so we don't know their thinking. Nor do we know how they interpret the instructions given them by John Adams' great-grandson. Quincy's newspaper, the Patriot Ledger, quoted a “journalist with the library” as speaking of the 125 years of investments BPL has made in the collection, its in-house preservation laboratory to repair and preserve the collection, and $1 million in federal funds obtained to digitize the library. It has already been digitized and put online – click here. She said it has been viewed and downloaded 5 million times. It doesn't sound like the BPL is eager to be rid of the collection. One thing no one has questioned is how well the Boston Public Library has cared for the Adams Library over the years.

On the other hand, the same newspaper quoted Mayor Koch as saying he would sue the BPL if they don't turn over the books. Hopefully, it never comes to that. BPL has a valid case after holding, maintaining, and investing in the library for 125 years and proving itself worthy of the responsibility. It would be hard to imagine Quincy being able to do better considering its size and likely budget, and Boston is a more accessible place for scholars than Quincy, down on Massachusetts' South Shore. On the other hand, Quincy can claim ownership if it only housed the collection with BPL temporarily, albeit a very long temporarily. Additionally, Adams' will stated he wanted the books to go to Quincy. It's hard to ignore his wishes. It is not easy to decide when there are two good choices.