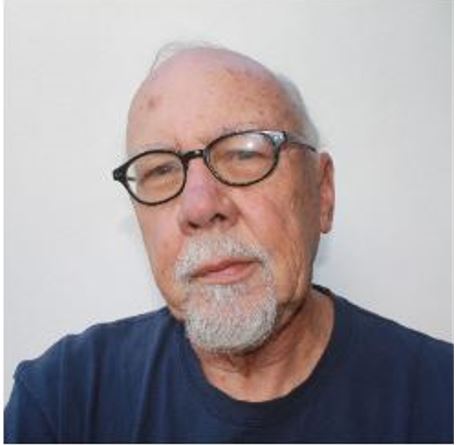 The Grand Poohbah Endures: Lynn DeWeese-Parkinson will celebrate 25 years as Grand Poohbah of the Bibliophilegroup list next month. Once an early entry into internet bookselling, this by-subscription list continues to be viable, informative and lively.

The Bibliophilegroup Mailing List, headed by Lynn DeWeese-Parkinson, 79, celebrates its 25th anniversary next month. Though not exactly a household name, this subscription only group, ($30/yr/ 2 weeks free trial period) has remained a viable and lively place to buy and sell books and exchange information without paying fees or commissions for more than two decades. Many of the current subscribers have been onboard since its inception.

The venture was something of a pioneer in the early days of the internet. It began in 1994 hosted by Michael Medlin at the Claremont Colleges. In February 1995 responsibility for managing the list was taken on by Shoshana Edwards. It was later acquired by DeWeese-Parkinson in 1997.

Bibliophilegroup aka the Biblist is a closed list. Only subscribers are allowed to post and are expected to observe the amenities of good manners and professional behavior. It is not monitored, but the discussions are followed by DeWeese-Parkinson, its self proclaimed Grand Poobah who also declared its location in the polity of Bibliotenango. Subscribers may opt to receive the posts either as numerous daily emails or in digest form.

Though there are presently fewer than a thousand subscribers, members are drawn from around the world and include many knowledgeable bibliophiles. DeWeese-Parkinson estimated about a third are collectors, half dealers and the rest librarians, academics and businesses like binders and those who sell goods and services to dealers and collectors. About half of the subscribers have participated for the whole 25 years.

Though he has met a handful of the subscribers in person over the years, “I really know very little about the membership,” he said. “I suspect as a group we are old, even older than the average book shop owner. It is mostly from the USA but there are members on every continent with Asia the least represented.

In the earlier years some discussions were apt to get contentious. As he recalled, “Almost all (the disputes) were ‘off topic’, about things other than books and the book trade. Very few people get really heated about fore edge paintings or deckle pages. Only two people have been excluded over the years for fraudulent business practices. I do try to settle misunderstandings and assure that the list will never be a vehicle for fraud…. I think the safety of the environment is a large part of its success.

“I do not see many younger members. I do not know, but suspect, that is a feature of the trade now. But,” he added, “I have no handle on the demographics of the trade or the list.” As to future prospects, “My crystal ball is foggy. I would be surprised if the list is around in ten years but I would have said that ten years ago too.” As for predictions, “Given the past I expect it to be more and more difficult to survive outside the corporate world both in our trade and in general, but I will continue to try to do so.

“I am amazed that it has endured so long and I really don't know why. It nearly went under just before I bought it because of personal squabbles among a very few of its members, but I think my relatively firm hand and willingness to kick out the worst offenders against courtesy has worked to create a pleasant forum and a safe place to buy and sell books, as well as a good place to learn about them and to learn the trade.

“When I bought the list,” he recalled, “I had retired as a lawyer in private practice in Oregon specializing in criminal defense and grand jury law, mostly representing clients from the American Indian Movement, The Black Panther Party, various environmental groups, farm worker organizations, and other "movement" figures, to first work in a couple of antiquarian bookstores and then to run my own online book business with stock on Latin American subjects and a strong emphasis on bullfighting.”

In 2005 he and his wife Cathie became permanent expats when they bought a house on the beach in Tijuana, Mexico. ”Recently,” he said, “ I have dropped the online book sales because of the difficulty crossing the border (a two to three hour wait to go North is usual), but maintain a brick and mortar presence in a cooperative store in downtown Tijuana where I work one day a week. I continue my interest in bullfighting, having twice run with the bulls in "Pamplonadas" and once caped a young bull in the plaza here in Playas de Tijuana.”

On the bookish side, his participation in a two year class in herbolaria has led to a collection of books on herbal medicine and a close relationship with a Kumiay (American spelling Kumeyaay) indigenous community and ten years of study of the Kumiay language. He continues to be interested in “anything I can find on the Kumiay. We help with a children's summer camp and weekend camps to help preserve the  language, culture, and land base. My strongest commitment now, after my family, is to indigenous sovereignty.”

Some years after his move to Mexico he took up surfing enthusiastically (and still has a boogie board) but these days his interests are less athletic. They include herbs, arts and crafts including producing his own work as an avid crochet practitioner (“I took it up when I quit smoking many years ago.”). His output ranges from scarves to rugs.

“I’m selling in all those areas,” he said, “and buying bullfighting and medicinal herbs.” He continues to have a limited retail inventory of books, posters, magazines and cards in his specialty area, primarily bull fighting.

“Living within sight of San Diego I am also mildly surprised each day not to wake up to the flash of intense light announcing the nuclear start of World War III. I suppose a possible ‘reinvention’ would be expansion into other collectables, but I would not be the one to do so.”

Asked about current metrics, he replied, “I'm not even sure what metrics are. I am sure I haven't kept any. As for his grand sounding title, “My understanding is that a poohbah is an ineffectual office holder with no real power who accomplishes nothing, exactly my aim in life. I think I have succeeded remarkably.”

Rare Book Hub Monthly contacted some list members for comments, here are a few of the replies:

“…..I don't think Lynn has increased the $30 annual fee in the past 25 years! That $30 annual fee is an incredible bargain. Even though I only post “For Sale’ messages very occasionally, there is no way I can track how many books I have sold on the list, and - more significantly - how many very profitable purchases I have made based on postings there.

“I consider posting a book or a small group of books as a way of holding up something unusual and virtually saying ‘take a look at this.’ It is a way to market an interesting item, without putting it on a site with untold millions of listings, where it might languish unnoticed for years. And it is low-tech - most of the time, there are not even pictures - person-to-person marketing, free of fees.

“But more important than the sales and purchases is the connection to the bookselling community in general. As we traveled around the country, I have met dozens of members of the list, including visiting Lynn in both Oregon and in Tijuana…..In addition, the bibliophile list has had a significant and lasting impact on online bookselling in general. It was where many of the original members of both IOBA (the Independent Online Booksellers Association) - and TomFolio (the booksellers' co-operative selling site) ‘met’ each other. IOBA.org, as an international trade association, is stronger than ever. TomFolio.com is no longer a site on which to sell books, but it remains as a valuable resource online.

Although there were times in the past, when discussions might have gotten a bit fractious, the list survived, sensible voices won out and it is now a place of collegiality and helpfulness.”

“I collect, repair and aspire to sell…. For two years now I've lurked and occasionally bought. On topics of repair I've offered targeted advice. It's wonderful to have a community of folks who ‘get it,’ professionals who share their knowledge and wares without condescension. It's been an indispensable learning environment to which, I hope, soon, I will give back. I believe Lynn's list is an outstanding example of how to connect people with common interests simply. It's a living example of 1+1=500. Thank you, Lynn.”

“I first joined the Bibliogroup with Lynn's predecessors.... a few years later, Lynn took over, donning the title of ‘Poobah’ and brooking no nonsense. He transformed the list to a productive and professional place. It has continued, to this day, with a wry sense of humor added! All the more remarkable is that the $30/year membership fee has remained unchanged during all those years. Congratulations, Lynn - you've done it right!”

“I have been a member of the list since Shoshanna (Edwards) owned it. Lynn has been an awesome manager of the list over the last 25 years. He is fair, direct and hilarious at times.”

“We opened our used and rare bookshop in 1996. Back then there were not as many web resources about bookselling and book collecting, nor did we have a mentor….One of the websites I found most useful was Steve Trussel's list of book collecting resources….that's where, circa 2000, I found a link to Lynn's wonderful list. It is a wonderful place to learn about book history, genres, sales trends, changes in the marketplace, and book news. I've met some great friends and colleagues on the list and I list books for sale there daily. I offer a mix of fresh acquisitions, discounted older stock, and wholesale lots. I have recommended this Biblio list to so many aspiring and new booksellers as it is a wonderful resource for book knowledge and a great place to sell books.”

“Posting to the Bibliophile Group is a key part of my business. It has helped increase overall sales, but more importantly, I've gained new customers and made friends with members of the list, something that can be hard to do as a business that is primarily internet based.”

The Biblio list is the basis of my continuing education program! All professionals need to have continuing education in order to stay up-to-date: doctors, nurses and teachers to name a few.  Their professions hold conferences and educational events, provide in-house training, and circulate written and visual educational materials. Booksellers have Biblio! It is both a daily educational resource and a "water-color" social network. And I sell a few books there!

Truly, if Biblio restricted the FS (for sale) category, I would still subscribe because of the learning opportunities. Whether it be information about a publisher, postage, international shipping changes and opportunities, or one expert clarifying the obscure points of a particular title's first edition identification, Biblio is the book professional's go-to resource.

I've been selling books in a brick and mortar store or antique mall and/or on-line for 30 years now, and I am eternally grateful that both Shoshanna and Lynn had the technical expertise and foresight to start and maintain this resource for us isolated, independent booksellers (and collectors).”