Amazon to Close All Their Bookstores 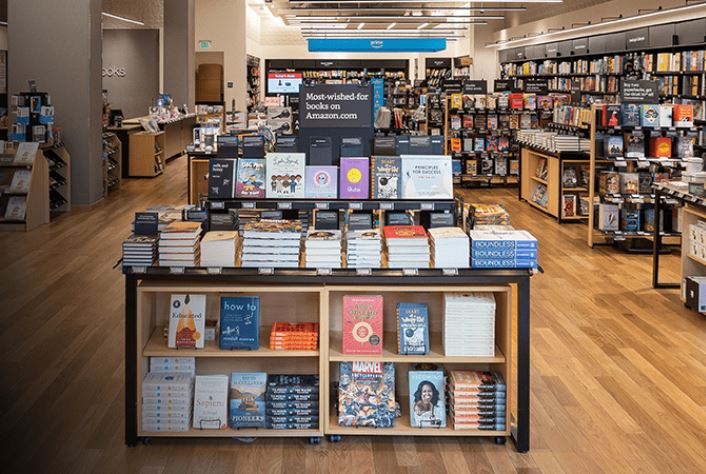 Amazon.com has put a lot of retail stores out of business. Now it looks like it has done the same to its own. Before it became the behemoth seller of everything under the sun, Amazon was an online bookstore. It was very successful at what it did. It drove mega-bookstore Borders out of business, Barnes & Noble to the brink, and countless smaller bookstores out too. And then they went on to do the same with all kinds of other merchants as they discovered the formula that worked so well with books could be applied to most everything else.

Therefore, it was quite a surprise when in 2015, Amazon announced they were going to open their own bricks and mortar bookstore. Was the website just a ruse to drive competitors out of business so they could have the physical store market to themselves? Not likely. As Amazon Books VP Jennifer Cast explained at the time, “Amazon Books is a physical extension of Amazon.com. We’ve applied 20 years of online bookselling experience to build a store that integrates the benefits of offline and online book shopping.”

Amazon had an advantage over other bookstores. As a result of their online sales, they knew what readers liked and bought in advance. They would fill their shelves only with books that customers had rated very high and ordered frequently, almost guaranteeing success. What's more, they could target which books to offer based on their store location by using their specific sales figures from nearby zip codes.

They opened their first store close to home, in Seattle. In 2016, they moved down the west coast, opening stores in Portland, Oregon, and San Diego. Next came Chicago. Then they headed east, two stores in Manhattan, added six more in California, and eventually opened stores in 12 states and the District of Columbia, 24 stores in all. It looked like the local retail formula was clicking.

And then, as suddenly and surprisingly as it began, it all came to an end. There were no flashy announcements. It became public knowledge after a story by Reuters, which Amazon then confirmed. Amazon will also close some other experimental retail outlets. Their “4-Star” stores which specialized in various products that were rated four stars or higher by their customers will close. So will their Pop Up stores which brought new products to shopping malls to give consumers a chance to try them out. A total of 68 Amazon retail outlets will be closing.

According to Reuters, only 3% of Amazon's $137 billion in sales last quarter were at retail stores, but even that is somewhat misleading. Most of those were at Whole Foods, which is not being closed. Also remaining open will be their Amazon Fresh stores, also selling groceries, Amazon Go and Amazon Just Walk Out convenience stores featuring self-check outs, and Amazon Style, a clothing store where you pay using an Amazon shopping app rather than a cashier.

In an email statement, Amazon said “We remain committed to building great, long-term physical retail experiences and technologies.” It's hard to imagine Whole Foods closing, but then again, this was not an internally generated concept. They purchased the chain in 2017 after it had been in business for 37 years. The other stores are Amazon creations, and it is less clear how successful they are. What is clear is that Amazon's attempt to convert the foundation of their business, bookselling, into a physical presence, will not continue. Thanks to the existence of Amazon.com, physical bookstore selling is a tough business, a lesson even they have learned the hard way.