AFTER 2021: Structural Change in the Auction Industry? 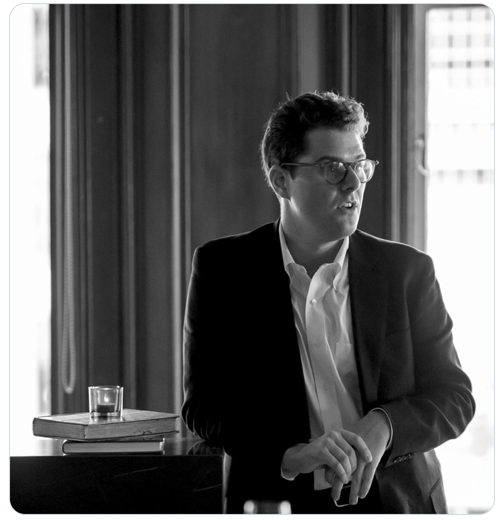 So, what can we glean from this? Can we indicate that there are structural changes taking place in the Auction Industry?

Looking more closely at the results of last year and relating them to previous years to determine trends, specific numbers increased while others stayed constant allowing us the ability to identify what is taking place and what are the ramifications of these changes for Auction Houses, Dealers and the Collecting Community.

1. The Number of Auction Houses

According to the Rare Book Hub directory, the number of auction houses is growing at a significant rate, 2012 to 2017 saw an increase of 42%, with an additional increase of 21% between 2017 and 2021. The net result over the period is the addition of 77 auction houses, a growth of 71%.

2. The Number of Auction Events

3. The Number of Lots Sold

What does this tell us about the growth in total lots sold that we are witnessing? It tells us that the supply of auction events drove the number of total lots sold. This growth is not driven by demand, it is definitely driven on the supply side, by the strategies of the largest auction houses.

Reviewing these preliminary numbers, one might see a connection between net new auction houses and the increase in auction events. However, further examination of the numbers over the 2012-2021 period indicates the opposite is taking place.

Who is Making this Happen? (Three Firm Concentration Ratio)

The economic nature of auction events makes the auction business a high fixed cost industry. The key to remaining profitable is throughput: lots of events where each event has a high amount of lots and that require the same amount of processing time in order to reduce cost per unit and cost per event.

The chart below provides data on the Three Firm Concentration Ratio (The Ratio) calculable from the Rare Book Hub data.  The Ratio is the combined market share of the three largest firms in the industry expressed as a percentage. The Ratio is often used by industry analysts to indicate the form or structure of a market in respect of competition (i.e. whether it takes the form of monopolistic competition, oligopoly, or monopoly). A concentration ratio of over 40%, for example, is usually held to indicate an oligopoly.  For three reasons The Ratio is an important metric to look at:

The degree of competition

If for example The Ratio rises from 20% to 40% to 60%, this is an indication of a fall in competitive pressures. It could lead to higher fees by auction houses leading to higher prices for collectors.

In the UK, the legal definition of a monopoly is a firm with more than 25% market share. Any firm over this threshold has an important market position.

As you can see from the chart, the Three Firm Concentration Ration when measured by auction events has gone from 16% in 2012 to 34% in 2021.  When measured by ‘Lots Sold at Auction’, The Ratio goes from 19% to 32% to 46%. This is a more than a two-fold increase in the period, not quite monopoly range but a long way from the structure of the industry in 2012.

The growth during the period of 2012-2017 was generated by a decrease in the price point of items being consigned and the development of infrastructure in all facets of the click-and-mortar auction process (marketing, sales, logistics). The following four years (2017-2021) saw the price point continuing to drop and the number of events increase considerably.

Important to last year’s conversation is the appearance of Catawiki, factoring them out of 2021, the share numbers based on auction events would resemble something similar to that of 2017 and 2012. Catawiki’s origin as a born-digital platform, that they are EU based and that they are fueled by a venture capital has them bear the hallmarks of an industry disruptor and will likely continue to have an impact on the Industry as well as provide a model for those intending to participate in the Auction Market in future.

Industries in the process of consolidation are expensive to enter because growth eventually slows. Barriers to industry entry tend to get higher over time, unless a dealer or auction house has a clear strategy and angle as well as appropriate financial resources.

If you are not big enough to fuel an increase in events to increase throughput, then you need to specialize and determine your operations true minimum economic scale in terms of auction event cost and auction event yield. Within this model, you need to be strategic and, moving forward, not be afraid to cancel auction events. At the same time, client retention and acquisition need to be made a priority. With the saturation of events, there needs to be a shift in focus from event marketing (“this is the date”) to content marketing (“why is this auction relevant to your collection”).

Much of the necessary considerations for Dealers in 2022 and onward were outlined in my article from last year, “Where are we going from here?: Dealers & the Online Era” and remain relevant in relation to the market data presented in this article.

The pressures applied on the Trade with regards to how value is generated for offerings will increase as more information is logged from auction events with publicly listed results. In light of this shift in the Collector communities’ expectations two options must be considered and both require clear strategy prior to execution. The first is to participate in an online environment that communicates how value is derived (either by adopting an auction platform or at least logging successful sold inventory) or partnering with an auction platform.

Partnership will likely increase in the coming years as auction houses hosting an above average level of annual auction events will start to outstrip conventional consignment models and will require reliable, committed material to maintain their presence. It is this relentless requirement for new supply that presents opportunities for Dealers with backlog or considering retirement.

If a Dealer decides to remain in a conventional Trade model, then maintaining one’s legitimacy within a given collecting field with both one’s existing client but also a larger public will be crucial. At the bare minimum, data driven understanding of the 20% of one’s customer base that accounts for 80% of the business’s revenue over the last 3-5 years are “tables stakes” for survival.

The increase of events with more offerings brings with its opportunities, as well as the possibility for mistakes, for Collectors. Entering 2022 and onward, a collecting strategy will become more important, maybe crucial. A holistic understanding of the global industry structure both of Auctions and the Trade will be key to cost effectively sourcing material to shape your collection. In a market that is delivering increasing supply levels to collectors, one must have a sound foundation from which to say, ‘no’ to material in order to spend valuable time considering potential prospects.