A Book Safe Designed to Protect Your... Donuts? 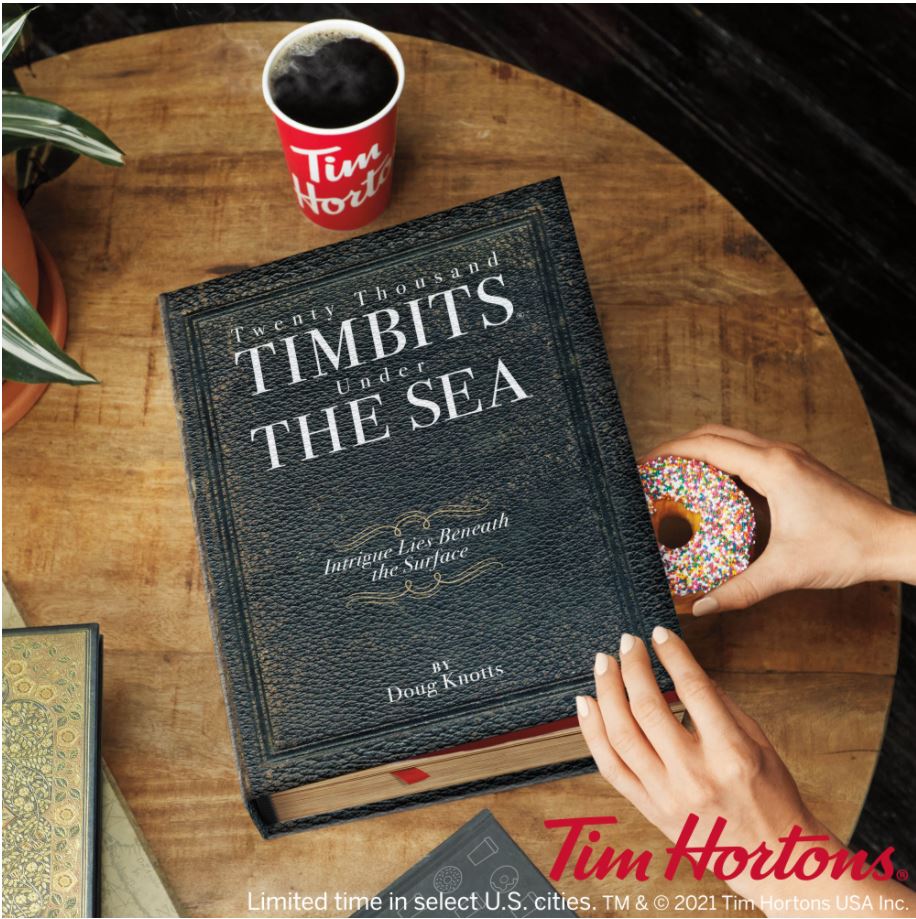 Books have been used for the safekeeping of things other than knowledge for centuries. Specifically, we are talking about the book safe. A book safe is a safe that is made to look like a book. Inside, it is hollow and generally can be locked. On the outside, it looks like a book. The idea is to fool would-be thieves into thinking it is a book. Put your cash or valuables inside and then put it on a shelf with hundreds of other books. The would-be thief won't know it is anything other than another book, and even if he is suspicious, he would have no idea which one.

So recently, a bakery/restaurant chain began including book safes as part of a Mother's Day promotion. This book safe wasn't intended to hide jewelry or gold. No, it hides something far more valuable – donuts. The Canadian donut, coffee, and other baked items chain, Tim Hortons, began offering these donuts-in-a-book in four stores in Buffalo, Detroit and Columbus. They were offered in the book-box at a price of $5.49 for a half dozen for Mother's Day. The idea is to let Mom hide her donuts from others trying to take advantage of her holiday.

I won't call these four stores a “roll out” since Tim Hortons has around 5,000 locations. The majority are in their birthplace, Canada, but the firm crossed the border many years ago, with most U.S. locations in the Northeast or northern Midwest. While the firm has been enormously successful in Canada, by far that country's largest restaurant chain, dwarfing even McDonald's, it has struggled to catch on with quite the same enthusiasm in the United States. Home-grown competitors such as Dunkin Donuts have been a tough donut to crack. Perhaps if this promotion is successful, we will see it back again next year.

Looking at that picture, it appears as if this book safe looks quite real. If you are wondering about that title, why “leagues” from Twenty Thousand Leagues Under the Sea has been changed to “timbits,” and what is a timbit anyway, you aren't Canadian. Probably everyone in Canada knows, but almost no one in the United States does. A “timbit” is Tim Hortons' word for what we call a donut hole. However, it appears this book safe has not protected anyone's timbits, as what is found therein is six donuts with gaping, unfilled holes in the center.

*By the way, I know the correct spelling is doughnut, but since just about everyone these days, and more to the point, Tim Hortons, spells it “donut,” that is what they are officially selling. And no, there is no apostrophe for possession in Tim Hortons as you might expect, though the founder was the one and only Tim Horton, not multiple Tim Hortons. Tim Horton was a hockey player, of course. This is Canada. The apostrophe was dropped because that is not how you show the possessive in French, meaning they would have had to have two versions of their signs in keeping with Canada's bilingual requirements. This way, it is equally wrong in each language.