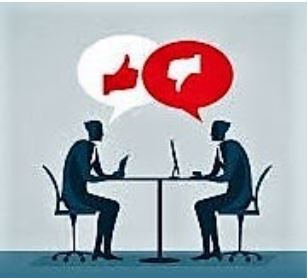 Though we’ve mentioned Exlibris before in this space, it can’t hurt to reiterate that it is one of the most informative and challenging of the many listservs in the world of better books. The membership group is large (3,400), diverse and long running (since 1990). Described as “a news and discussion group for the rare book community, it was established in 1990 at Rutgers University by the late Peter Graham and in November, 1995, moved to the University of California at Berkeley. In December, 2005, because of changes at Berkeley, the list moved to a private ISP and was underwritten financially by the moderator. In November, 2006, it moved to Indiana University under the sponsorship of the Lilly Library.”

According to information posted at the site,“Exlibris provides an environment for discussing matters related to rare book and manuscript librarianship, including special collections and related issues. Membership is open to anyone who wishes to subscribe, although you must be a member to post a message to the group.”

This particular list is international in scope; it is focused primarily on the world of scholarly libraries, archives, special collections and the people who work in and use them. It tilts heavily to academics and has many other members who are affiliated with the world of rare books and manuscripts in other capacities such as rare book dealers. This is a good place to get help with a Latin translation, find obscure citations, let the world know of an important scholarly conference, or post a job opening (which must include a stated salary range.)

If you are a dealer, particularly an upmarket dealer, or one who has or hopes to establish contact with libraries or well heeled private buyers, Exlibris makes limited provisions for commercial postings. These are allowed on Tuesdays and no other day.

One recent Tuesday there were more than 30 such posts from dealers around the world. Offerings ranged from Japanese woodblock views of 19th century Tokyo to a large and detailed selection Brazilian imprints, not to mention a photo archive of WWII Bombers, as well as hundreds of other choice items. At the upper reaches of the price spectrum was a signed letter from John Quincy Adams asking $35,000, and also a lovely octavo set of Audubon’s Quadrupeds of North America for $14,000. There were scads of other illustrated listings to scroll through, most priced at a few hundred to a few thousand dollars/Euros. There was also a tiny sprinkling of less costly goods. Whether you’re a buyer or a browser, it’s usually well worth the effort to peruse the Tuesday offerings.

Personally I’ve made a number of very good sales using this list which does not charge a commission. Only a few of the customers I’ve found here were affiliated with a library or similar institution. Most were private individuals and several turned out to be repeat buyers.

Some of the specific provisions applying to Tuesday commercial listings include but are not limited to:

It is strongly suggested that those who join Exlibris with an eye to doing business there read the rules all the way through before subscribing, with particular attention to Section V-Commercial Activity.

That said, this group tends to put a fine (dare I say “very fine”) point on almost everything, so it is good to lurk for a while to get the feel for it before participating. Specifically this list has its own “Code of Conduct” which states: “We seek to make this a space open to all, where all members can post questions and discuss topics without fear of uncivil, flippant, and dismissive remarks - one where we share our knowledge rather than mock those who do not know what we might already know or mockthose who hold differing opinions and views than we do.”

For example, a recent announcement continuing an earlier discussion on “Integrating Critical Race Theory and Teaching with Primary Sources” drew a slew of reactions. A few of them were submitted by posters who obviously hadn’t read the rules on “negative comments” and elicited a rebuke from the mods, i.e. “We've determined that this message violates the Exlibris Code of Conduct, specifically list members should strive to engage with these difficult topics and materials in a respectful and careful manner that provides appropriate context for their historical interpretation. This is a formal warning, any further violations of the list rules or code of conduct will result in a 30 day suspension of your posting privileges.”

Personally, I scroll through most of Exlibris every day, and I usually get around to viewing most of the booksellers’ Tuesday offerings, though it might take a few days to browse them all.

If you find any of this confusing or have trouble signing up, the email contact for listserv moderators is exlibrismods@gmail.com

And remember, however tempting, no snark.