Overdue Library Book Returned 82 Years Late, and It's a Good Thing They Waited So Long 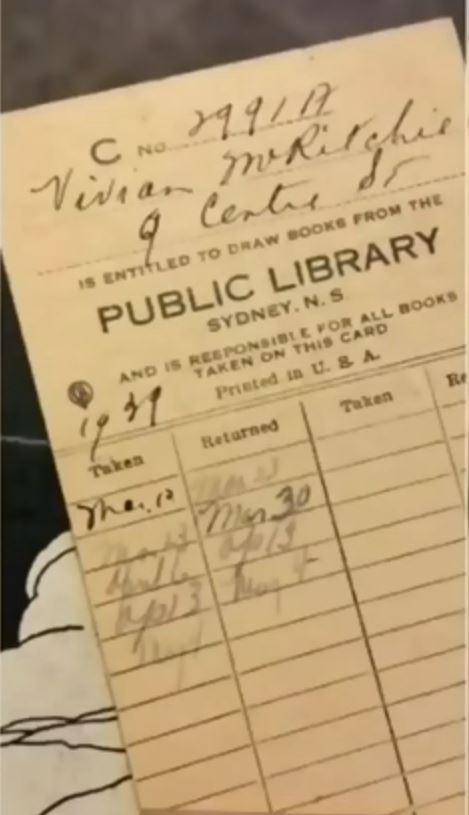 A library book has been returned 82 years overdue and that's a good thing. It probably wouldn't have survived if returned on time.

Jordan Muscyscyn (pronunciation unknown) was working in his attic, cutting a hole through the roof for a vent, when he discovered some old books. They were hidden under some blown-in insulation. One of them differed from the others as it contained a library card from the Sydney Public Library in Sydney, Nova Scotia, Canada. The card was dated 1939. The book is The Adventures of Dr. Doolittle by Hugh Lofting.

Mr. Muscyscyn is an innocent bystander. He only bought the house five years ago. The borrower was a young girl in 1939. The library prefers not to identify her without permission from her family whom they are seeking to contact. No, it's not to make them pay the fine. As Muscyscyn told CTV News, he found it on what “was the same week that the library had abolished their fines. So I thought it was a good thing, because I wouldn't want to know what the fine on an 82-year-old overdue book would be.” Actually, Nicole MacGibbon of the Cape Breton Regional Library, calculated it for him. Based on 15 cents a day it came to over $3,000. However, he had a couple of other outs from paying the fine. One is that they didn't collect fines on children's books in 1939, and they never charged more than $3 for an overdue book.

However, the library really ought to pay Muscyscyn and the then young lady for taking care of their book. In 1959, there was a major fire at the library. Eighty thousand books were destroyed. It is unlikely Dr. Dolittle would have survived. Now, “he” is back home, cared for all of these years. Better late than never.

Now, here's another story about an overdue library book, but this time not quite so overdue. The book is Great Heart: The Life Story of Theodore Roosevelt by Daniel Henderson, published in 1919. It was only 72 years overdue. This book was borrowed from the Amagansett Library in Amagansett, New York, in 1949. The book was returned by John Moss, a retired police officer from East Hampton. He says he has a lot of books, but didn't know where this one came from. He thought most likely it was inherited from his parents or one he picked up at a yard sale. I wonder whether, in his police officer days, he would have accepted an excuse like that from someone caught with merchandise that did not belong to him.

Late fees were not so onerous in Amagansett. They charged only a penny a day. However, nothing was due here either as they too recently abolished overdue book fees.

The circulation policy was placed on the back cover. It said that books could be kept for two weeks and renewed after that except for new books. Presumably, this 1919 book wasn't new to the library in 1949. It also lists the one cent per day overdue charge. Then, it continues with a warning that is eerily appropriate for today: “Any books exposed to contagious diseases will not be received at the library.”