How Big Is Your Book Collection? This Man Says His is 1.5 Million Books 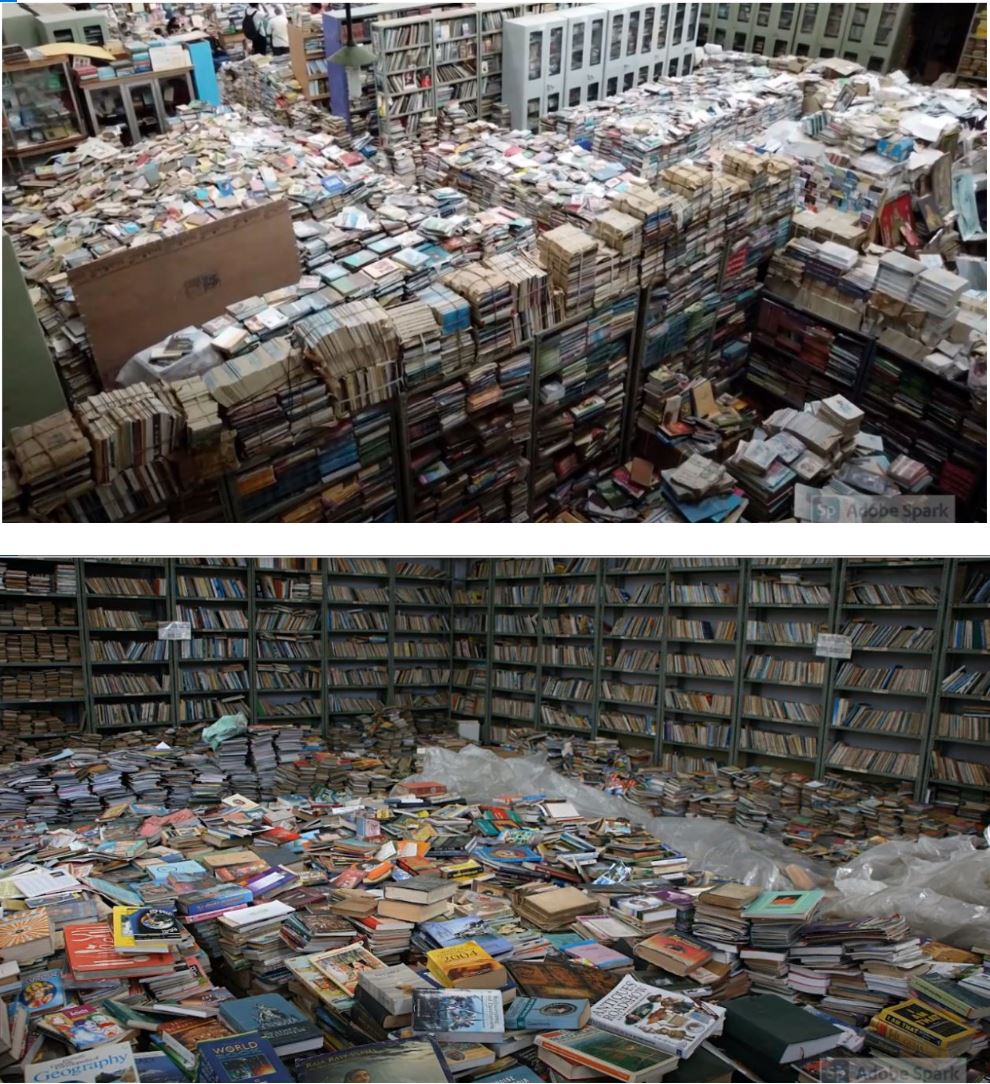 A portion of Anke Gowda's “library.”

So you think you have a large book collection? Anke Gowda probably doesn't think so. Gowda is a man from the Indian countryside who started collecting books as a young man. He is 72 now. As he explains, he was born into a poor household, his father having been a farmer. He developed a great interest in reading, but had little access to books. He decided to do something about it. Did he ever.

Fifty years ago, he decided to collect at least 1,000 books a month. If his estimates are right, he actually did much better than that. He now says, “I have already collected more than 1.5 million books.” I cannot vouch for that number, nor challenge it. I doubt Mr. Gowda can with certainty either as he has not catalogued them nor kept them in neat order. How could he with so many? One thing is clear – he owns an incredible number of books.

Not surprisingly, Mr. Gowda does not have a very focused collection. According to the Indian Express, he possesses “books on literature, science and technology, mythology, critiques, travelogues, research, astrology, women’s and children’s literature, etc.” He says he has books in 22 different Indian languages as well as eight foreign ones. Additionally, he has tens of thousands of magazines. He also collects stamps, coins and paper money, movie posters and newspapers on the side.

One would imagine these are not the most valuable of books. Mr. Gowda is not a rich man. He worked as a time-keeper in a sugar factory for 30 years, spending most of his money on books. He describes his book collecting as a hobby. He is now retired, living on a pension, but still adding another thousand books a month. He buys them from booksellers but also gets many free, either deaccessioned by libraries or discarded by individuals. Under the circumstances, I suspect he has a few duplicates in his collection.

For years, he kept them all in his house. He sleeps on the floor and cooks in a small corner. Fifteen years ago, his house entirely filled, an industrialist helped him build a large structure of approximately 24,000 square feet to hold more books. His “book house” is open to scholars and tourists to visit. Undoubtedly, there are scholars who would like to access his books, but I have no idea how they would find what they want.

Here is the most amazing thing about Mr. Gowda. He is married. Apparently, his wife supports him and his venture. If this woman isn't a saint I don't know who is. I don't know whether Gowda has any children, but if he does, they must be hoping he outlives them.

Anke Gowda has been managing the library by himself for years. He cannot afford to hire help. He is now looking for volunteers to help organize his collection. He may have some already, but it will take a lot of help to get this library in order.

Has Mr. Gowda assembled the world's largest private book collection, now or ever? Maybe. The legendary 19th century book collector, Thomas Phillipps, had a mere 100,000 books and manuscripts in his collection. Fashion designer Karl Lagerfeld, who died just last year, had 300,000 books, still just a drop in the bucket. However, there is one competitor, the man who is listed in the Guinness Book of World Records as having the largest collection in the world. His name is John Q. Benham of Avoca, Indiana. How many books does Mr. Benham possess? According to Guinness, it's the same as claimed by Mr. Gowda – over 1.5 million. It will take a lot of counting to determine who is number one. And this leads us to one final question – why do they do this?