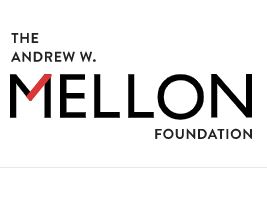 The Andrew W. Mellon Foundation has set aside $5.25 million to bring books to people who are sorely lacking in access. These are real books, the physical type you can touch and handle, not some electrons floating around in an electronic gadget. It is known as the “Million Book Project,” and it is not designed to send books off to some far-off underdeveloped country where electronic readers are in short supply. The beneficiaries live right here in America, and yet they too have little access to electronic gadgets. It has to do with their living arrangements. These are prisoners, which are not in short supply in America.

In their mission statement, the Mellon Foundation states they believe “that the arts and humanities are where we express our complex humanity, and we believe that everyone deserves the beauty, transcendence, and freedom to be found there.” Your immediate reaction may be...prisoners? Undoubtedly, they would like freedom, but beauty and transcendence?” Our image of prisoners tends to be of unsavory characters, tough guys with few redeeming social values. That is reinforced by the type of prisoners they seek to reach, at least the male ones. These aren't slick politicians and wealthy business people residing in minimum security prisons. These are often men from the streets, either those in medium security or the most hardened of criminals in maximum security prisons. Are they logical readers for the “poetry, literature, history, and social thought” in the books to be made available? The Mellon Foundation thinks they are.

Mellon obviously is not too impressed with the workings of the criminal justice system in the U. S. They note that incarceration in America has quadrupled since the early 1980s. They attribute this to policing practices with regard to drug laws, mandatory sentencing, racial profiling, and high cash bail. “The United States holds the world’s largest prison population—approximately 2.2 million people,” they say, continuing “Mass incarceration is, of course, inextricably linked to mass undereducation.” They point to well-below average education rates among the prison population compared to the population at large.

One other thing we know about the prison population is that it is poorer and more highly concentrated in minorities than the general population. Those who grow up in upper middle to upper class households, are white, and receive good educations, do not end up in prison at anywhere near the rate of those who do not start life with these societal advantages. Obviously, not everyone in prison will be turned around by access to literature, but how about all those people who would not have ended up in prison in the first place had they started life with those advantages? The potential is there to be solid citizens if they are given a chance. The Mellon Foundation hopes to give them at least a portion of that chance they have been denied in life.

The aim of the Million Book Project is to provide 500-book curated collections to all medium and maximum security men's state prisons, all women's state prisons, and at least one juvenile detention center per state. That is 1,000 prisons in all (and if you are counting, yes, that is 500,000 books, meaning “million book” is either a bit of an understandable exaggeration or the project is only half way there).

Can the works of great thinkers, whether historic or of today, and the voices of social justice turn around some of those people whose lives have hit the bottom? Mellon Foundation President Elizabeth Alexander explains, “Reading is a transformative, dignity-affirming act that reveals who we are to ourselves and strengthens our shared humanity.” Perhaps another way of saying this is if we expect people to act like civilized human beings, we need to treat them like civilized human beings. That is not happening in our prisons, so it is not surprising that recidivism is so high. Now, all the Foundation is saying is give books a chance.