Are Live Book Fairs Done for the Year? 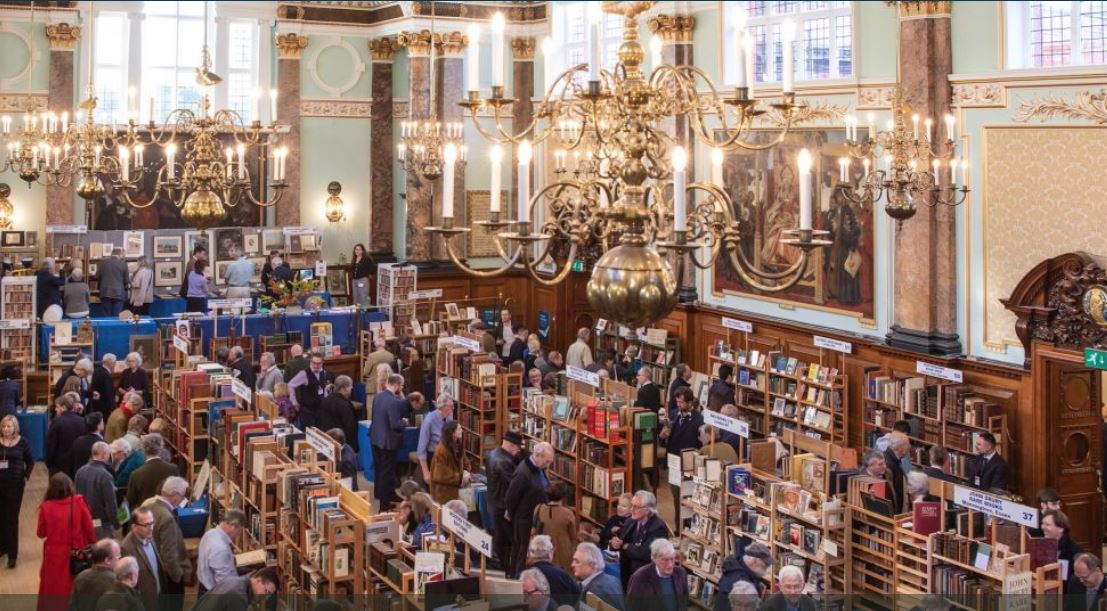 There is still almost half of the year left, but it may not be too soon to ask, will there be any more live book fairs in 2020? The last of the major fairs this year was held at the beginning of March, the ABAA fair in New York. It just got in under the wire, and even so, a few attendees returned home with an unwelcome guest, Covid 19. All fairs since then and through the summer have been cancelled. Is there still a chance we will see another before the New Year rings in?

Much planning and arranging is needed to put on a fair, so it does not lend itself to last minute decisions. No one wants to do all that work, plus put up money for a venue, if the whole thing may need to be cancelled at the last minute. Still, many events are operating in that manner. For example, various professional sports are tentatively restarting, with the possibility they will have to be shut down again. Baseball has restarted, without fans, but with half the players on one team, the Miami Marlins, coming down with the virus, the Marlins have had to cancel a week's worth of games. This happens to a few more teams and it's hard to imagine they can get in a full schedule. Besides which, their model wouldn't work for book fairs anyway. What would be the point of a book fair if no one could attend?

What about school? School districts and colleges everywhere are wrestling with this one. For the most part, decisions still haven't been made, and they need to reopen if they are going to do so long before the end of the year. They haven't made decisions yet on whether to reopen in August and September.

College sports also offer a thorny problem. Will fall sports go on? Football is the notable one here as for many colleges, football is an important source of revenue. Can teams play sports if the schools themselves are closed, with all classes being held online? Should they play if fans can't attend? For most, there is not much of a revenue opportunity other than fans attending games in person, unlike professional sports that can still make money though televised games.

So where does that leave book fairs? Our guess is that they are done. The time needed to prepare for a major fair is too long. Perhaps small, local ones will still be possible if conditions improve, but not likely for the bigger ones. Confirmation of that just came from an announcement a few days ago from the ABA concerning the Chelsea Rare Book fair for 2020. It was scheduled for November 6-7. In a statement, the organizers said, “Following much deliberation, we made the decision based on the current and projected COVID19 travel restrictions for our international booksellers as well as social distancing measures which continue to alter the way we would traditionally hold book fairs.” No decision has been made yet whether to hold an online fair in its stead.

It should be noted that some 2020 fairs have not been cancelled as of yet, including the late October, early November ABAA fair in Boston.

Perhaps the real question now is what will happen in 2021. The ABAA fairs in New York and California come early in the year. When will a decision have to be made with these? There seems to be no sign of a let up in the pandemic anytime soon and even optimistic estimates put off the arrival of a vaccine to early 2021. You might want to make reservations for New York, but I wouldn't do so unless they are fully refundable.