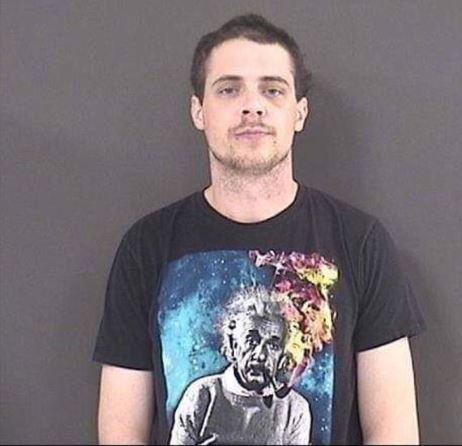 Matthew David Morris was no Einstein.

A Virginia man has been sentenced to 3 years and 7 months in prison for the theft of some books along with collector cards, some jewelry, cash and rolls of coins. The variety of types of stolen goods reflects the different types of businesses from which he stole.

Matthew David Morris pleaded no contest to charges of burglary, grand larceny, attempted burglary and destruction of property in two Virginia cities, Roanoke and Salem. Places he hit were Too Many Books, Bob Anderson Antiques, Blade Gaming, and Now, Then and Again.

The books included what was described as “an incredibly rare edition” of Tolkien's Lord of the Rings. There were two naval ordnance guides dated 1920 and 1943, valued at $500 each. The collectible cards were binders of Pokemon cards. Coins consisted of 40 rolls of Susan B. Anthony dollars which we estimate are worth at least $1 each. Some items have been returned intact, including the Tolkien book, but the navy guides were damaged and as a result, have lost most of their value.

In addition to prison time, Morris will be required to make restitution in the amount of $13,700. Investigators said that when confronted with the evidence, Morris took responsibility and has already taken steps to make restitution. He has paid $4,000, about a third of what is owed in Roanoke, and $1,000 back to Salem victims, over half the amount owed there.

A few days later, the defendants in the Carnegie Library theft case were also sentenced. Over an almost 20-year period, Gregory Priore, the head of the rare books department, stole books, or sliced valuable plates and maps out of books, in the rare book collection. He brought them to John Schulman of Caliban Books, a local dealer who sold them. Their value was estimated at $8 million or more. The defendants may have believed that was an exaggeration, but not by much, as the library has already been reimbursed $6.5 million by their insurer. Schulman was sentenced to 4 years of home confinement, 12 years of probation. He also must make $55,000 of restitution, unlike Morris who must pay the full value of what was stolen. Priore was sentenced to 3 years of home confinement and 12 years of probation with no restitution. Also unlike Morris, neither received any time in prison. The judge indicated they would have faced jail time were it not for concerns about the risks of catching the caronavirus in prison, but Morris received no such consideration.

There have been many rallies lately protesting unequal justice. They may have a point.